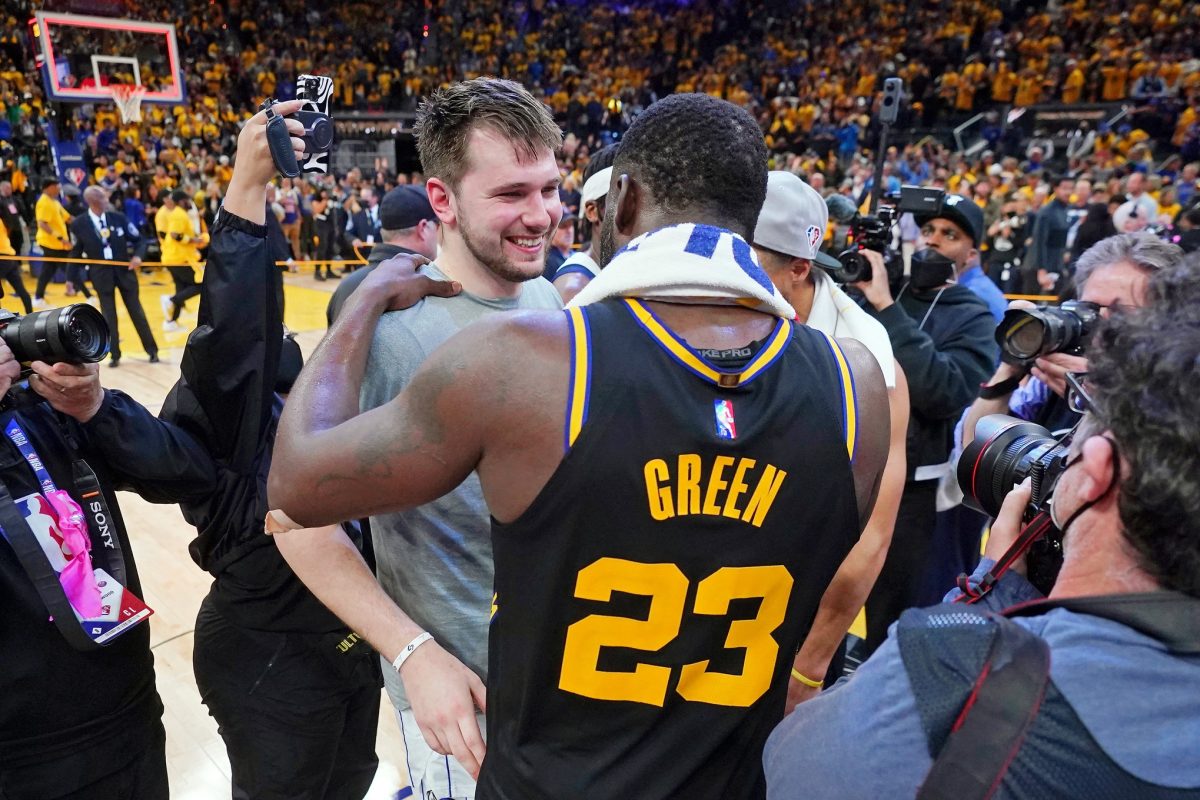 Throughout the 2022 NBA offseason, there have been some interesting indications that longtime Golden State Warriors star Draymond Green could be on the move next summer.

Green is reportedly looking to land another big contract before calling it a career, and the Warriors may not be willing to pay him the max contract that he covets.

If the two sides reach an impasse in those negotiations, Green could explore outside options.

The Detroit Pistons are one team that has already been discussed previously, but a new team has now been revealed as a possible landing spot for the four-time NBA champ.

According to a report, the Dallas Mavericks could entice Green, primarily because that is the team superstar Luka Doncic is on.

“He has always thought about playing for Detroit, helping his hometown of Flint at the same time,” an NBA executive told Sean Deveney of Heavy.com. “He would love to play with a superstar like Luka where he has to just play off him. And he is Klutch. You know he loves being on the barbershop show with LeBron [James]. He wants to have an entertainment career when he is done playing. You don’t need to be in L.A. for that, but it helps.”

The question remains as to whether or not the Mavericks would have interest in signing Green to a max deal.

After all, the Mavs lost guard Jalen Brunson early in the offseason and are now once again looking at a roster that doesn’t seem fully capable of competing at the highest level in the playoffs.

For that reason, spending a max contract on Green, who is currently 32 years old and averaged 7.5 points, 7.3 rebounds and 7.0 assists per game last season, doesn’t seem like the best use of money.

Still, if the Mavs front office wants to bring a player in to help teach Doncic how to win championships, there are few better players to do that than Green.

At the moment, it is hard to really predict what will happen with Green. It is even harder to imagine him wearing any other jersey. While it looks like a move is possible for the former second-round pick next summer, it doesn’t yet seem all that likely.

Still, if Green does start exploring outside options next offseason, fans should expect to see Dallas on his list of preferred destinations.