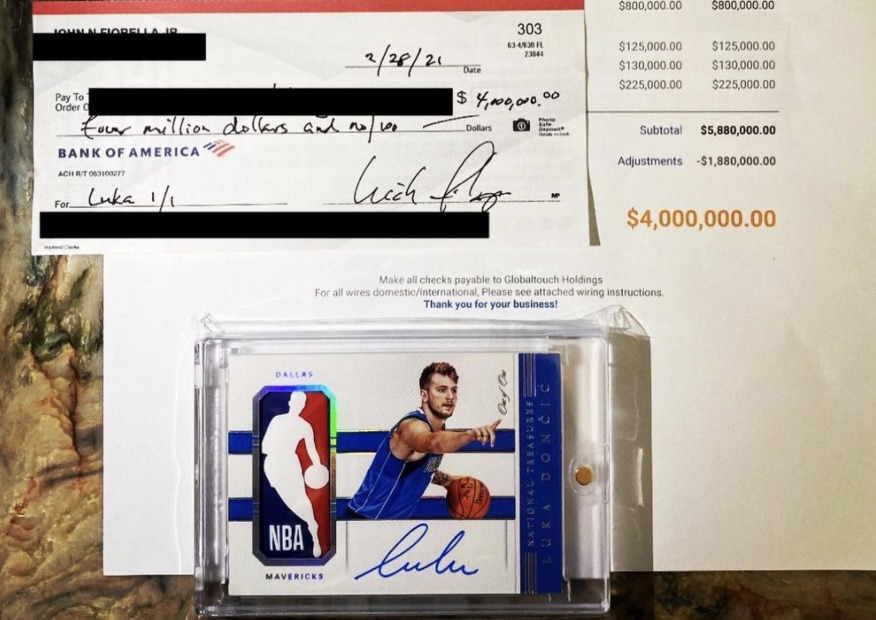 It is the highest price ever paid for a basketball card.

At $4.6M, that's a new record for the highest price that's ever been paid for a basketball card.

And it was pulled during a live break by @LaytonSports.

Doncic has quickly risen to stardom in the NBA since being the No. 3 overall pick in the 2018 NBA Draft.

Doncic’s fame and the card’s rarity led to the massive sale price.

The Dallas Mavericks star was the 2018-19 NBA Rookie of the Year and is already a two-time All-Star.

This season, Doncic is continuing to take his game to new heights. He is averaging 28.5 points, 8.4 rebounds and a career-high 9.0 assists per game.

On top of that, the 22-year-old is still extremely efficient, as he is shooting 47.5 percent from the field and 35.1 percent from 3-point range.

Fiorello has his hands on an extremely rare collectible, and if Doncic continues to climb the ranks of the NBA, its value may continue to grow.