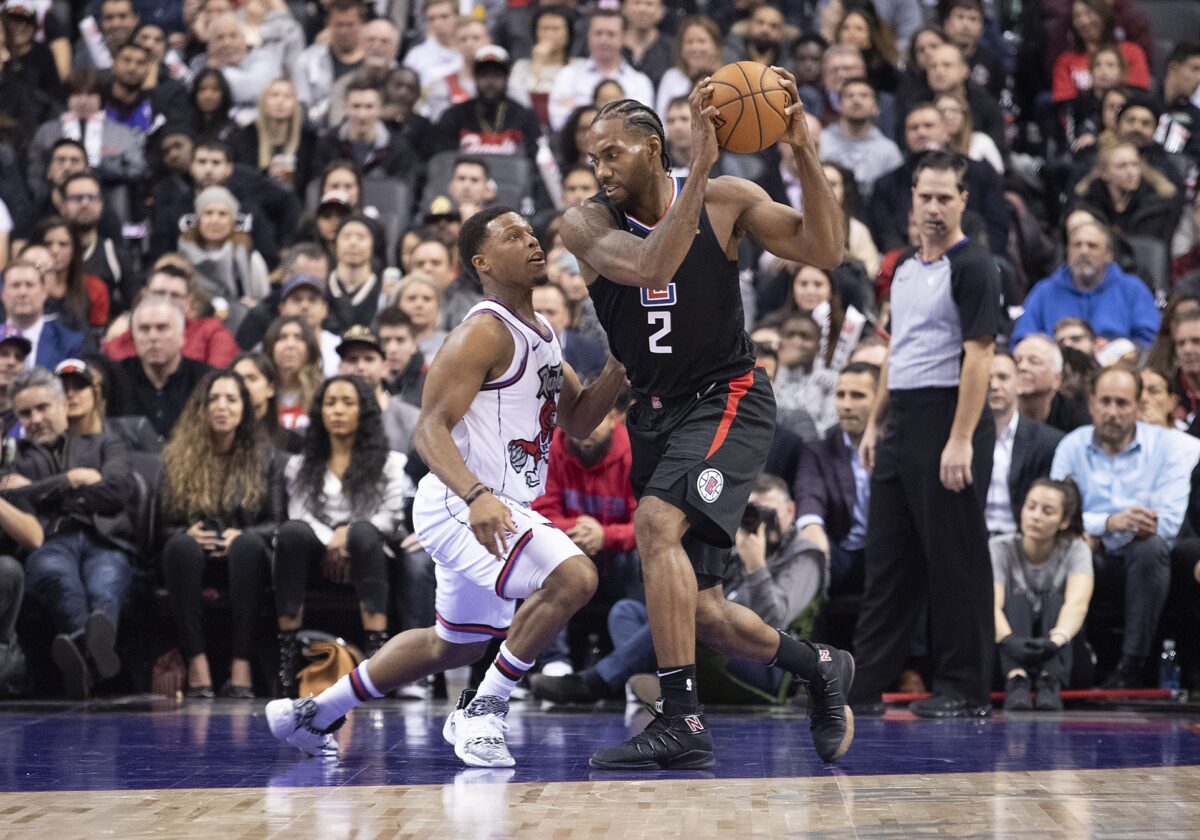 A new report indicates that the Dallas Mavericks will pursue veteran guard Kyle Lowry if their offseason pursuit of Kawhi Leonard comes up short.

Tim Cato and John Hollinger of The Athletic looked at the Mavericks’ efforts to pair a superstar player with their young star Luka Doncic, with Hollinger pointing to Leonard or Lowry as their top choices.

“From everything I’ve been told, they are going to pursue Kawhi Leonard and then, once the door is slammed in their face, pivot to a hard pursuit of Lowry,” Hollinger said. “I think he makes sense for them as a target because he couldn’t possibly fit better, and the worry about his age isn’t as strong for me because the Mavs plus Lowry are plausibly good enough to contend … especially in a West with no obvious front-runner.”

The 22-year-old Doncic has become an elite player in just his first three years in the NBA, though the Mavericks have yet to make a deep playoff run.

Doncic can do countless things on the court, but he can’t win an NBA title alone. That’s why seasoned veterans like Leonard and Lowry are in the Mavericks’ offseason acquisition goals.

The 30-year-old Leonard has twice been named NBA Finals MVP, so his ability to deliver in the clutch would likely work well with Doncic’s talents.

In the case of the 35-year-old Lowry, he’s set to become a free agent. However, his asking price may end up determining which team ends up signing him.

The Mavericks are doing everything they can to keep Doncic happy playing with them and are keeping their fingers crossed that their offseason moves will please their young superstar.