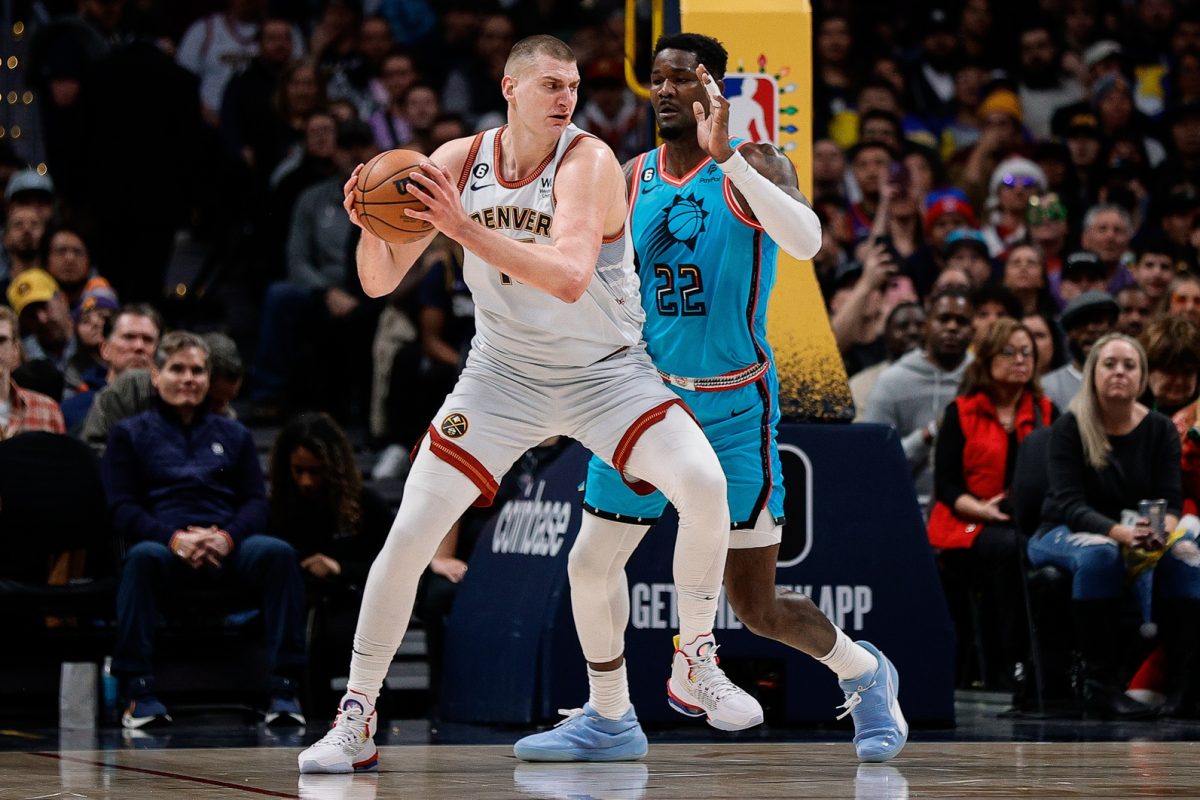 Simmons noted on “The Bill Simmons Podcast” how his opinion was formed by watching Jokic in action during the Nuggets’ Christmas night overtime victory over the Phoenix Suns.

“But there’s something different when somebody just has freak vision, freak everything, and Jokic has it,” Simmons said. “Watching Sunday night was the first time I [thought], ‘This guy’s actually probably better than Bird offensively.'”

In the 128-125 win over the Suns, Jokic played over 44 minutes and finished with a triple-double of 41 points, 15 rebounds and 15 assists. He was 16-of-25 from the field and connected on two of his four shots from beyond the arc.

Offering an enthusiastic endorsement of Jokic isn’t much of a stretch for any basketball fan. That’s because the veteran has won the league’s Most Valuable Player award the past two seasons and is making a strong bid to continue that streak this season.

Back in 2014, Jokic arrived in the NBA as the 41st player taken overall, with the Nuggets hoping that he could contribute to the team in some fashion.

Jokic has clearly blown away any modest expectations of his NBA career and is currently averaging 25.7 points, 10.8 rebounds, 9.4 assists and 1.5 steals per game. That production on offense has improved in recent years and helps explain his collection of awards.

The fact that Simmons is making that declaration is notable. That’s because the commentator has never been shy about his avid support of Boston teams and the players on those squads.

The legendary career of Bird spanned from 1979 to 1992, playing all of those seasons with the Boston Celtics. That tenure might have lasted longer had injuries not come into play, resulting in Bird’s retirement.

Simmons undoubtedly was among the Celtics fans cheering on Bird during his career, which included leading the team to three NBA titles in 1981, 1984 and 1986.

Even before the 3-pointer became an integral part of basketball strategy, Bird was one of the NBA’s most prolific in this category during his career. In both the 1985-86 and 1986-87 seasons, he led the league in 3-pointers made.

One indication of how much the game has changed since Bird’s era is the fact that Jokic will surpass Bird in career 3-pointers, if not this year, then next season.

Yet, Simmons and other people who follow the NBA know that Bird was and Jokic is a great player. Any effort to determine who was better on offense ultimately boils down to opinion.