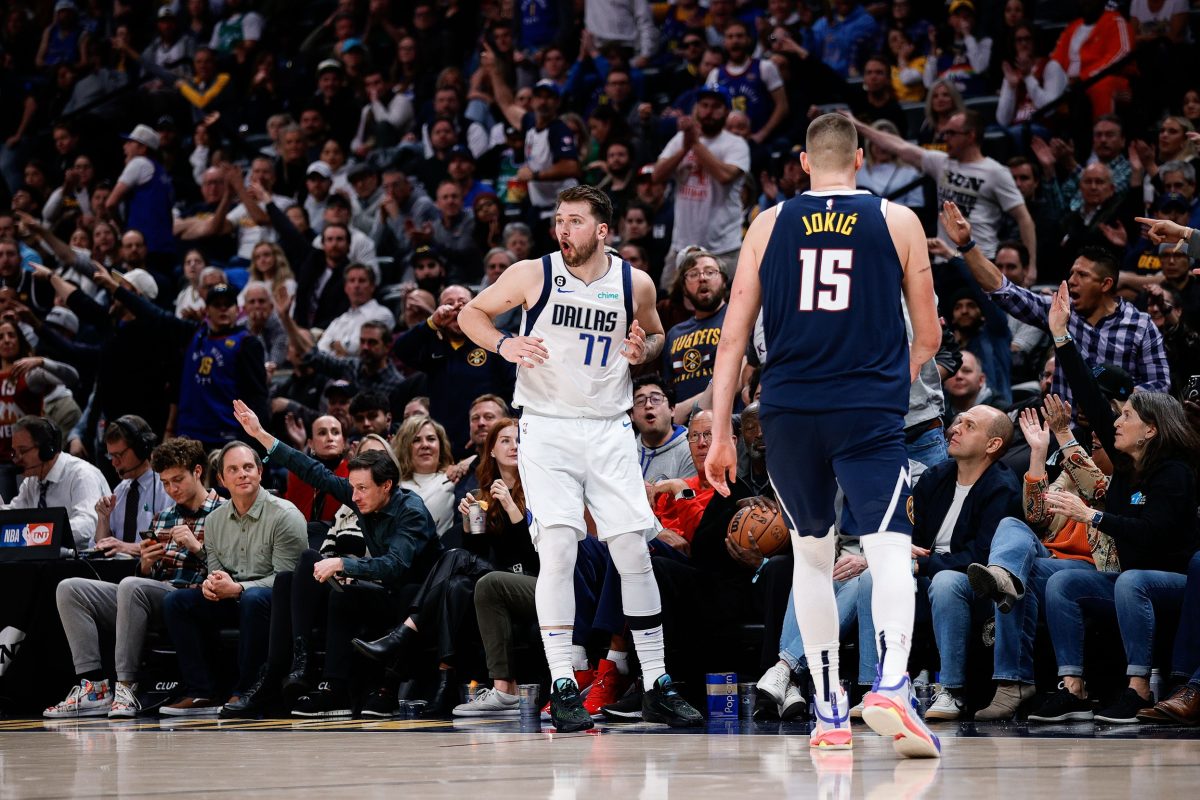 A Dallas Mavericks insider indicated that the idea of Dallas Mavericks guard Luka Doncic leaving to play with Nikola Jokic on the Denver Nuggets is more of a possibility than the other way around.

MacMahon offered his opinion (at the 11:50 mark) while appearing on the “Brian Windhorst & The Hoop Collective” podcast when asked about the possibility of Jokic ever leaving the Nuggets.

“Well, the only reason I’m gonna say yes is because I’ve seen Mavericks fans, ‘Him and Luka are buddies, Jokic’s in the house,'” said MacMahon on the possibility of Jokic leaving the Nuggets. “I would be more concerned about perhaps that thing going the other way.”

In the midst of the discussion, Windhorst pointed out that he’s never heard any rumor that Jokic would ever consider leaving the Nuggets. MacMahon also pointed out that Doncic is primarily focused on simply playing basketball.

The friendship between Doncic and Jokic likely stems in part from their similar Eastern European roots. Doncic is a native of Slovenia, while Jokic hails from Serbia.

Both players are currently playing at the top of their fames. Barring injury or other issues, both figure to play for an extended period in the NBA, with Doncic just 23 years old and Jokic only 27.

Jokic has won the NBA’s Most Valuable Player award in each of the past two seasons and is again a strong candidate to win it this season. In 29 games thus far, he’s averaging 25.4 points, 11.0 rebounds, 9.4 assists and 1.5 steals per game.

Doncic has yet to win the league’s top prize, but has shown that he’s likely to win the award at some point in his career. In his fifth season in the league, he’s averaging 32.8 points, 8.7 assists, 8.3 rebounds and 1.7 steals per game.

Doncic is currently in the first season of a contract extension that’s paying him $37.1 million this season. The final year of the deal, which has a player option, is set to cover the 2026-27 campaign and would pay Doncic just under $49 million for that season.

Jokic signed a massive contract extension with the Nuggets during the offseason that begins next season. For this year, he’s making slightly more than $33 million this season and is set to make an eye-popping $61.4 million for the final year of his new deal in 2026-27, which has a player option.

Fans imagining the prospect of putting together dream teams is something that takes place all the time. However, the likelihood of Doncic and Jokic ever wearing the same NBA uniform appears to be highly unlikely.