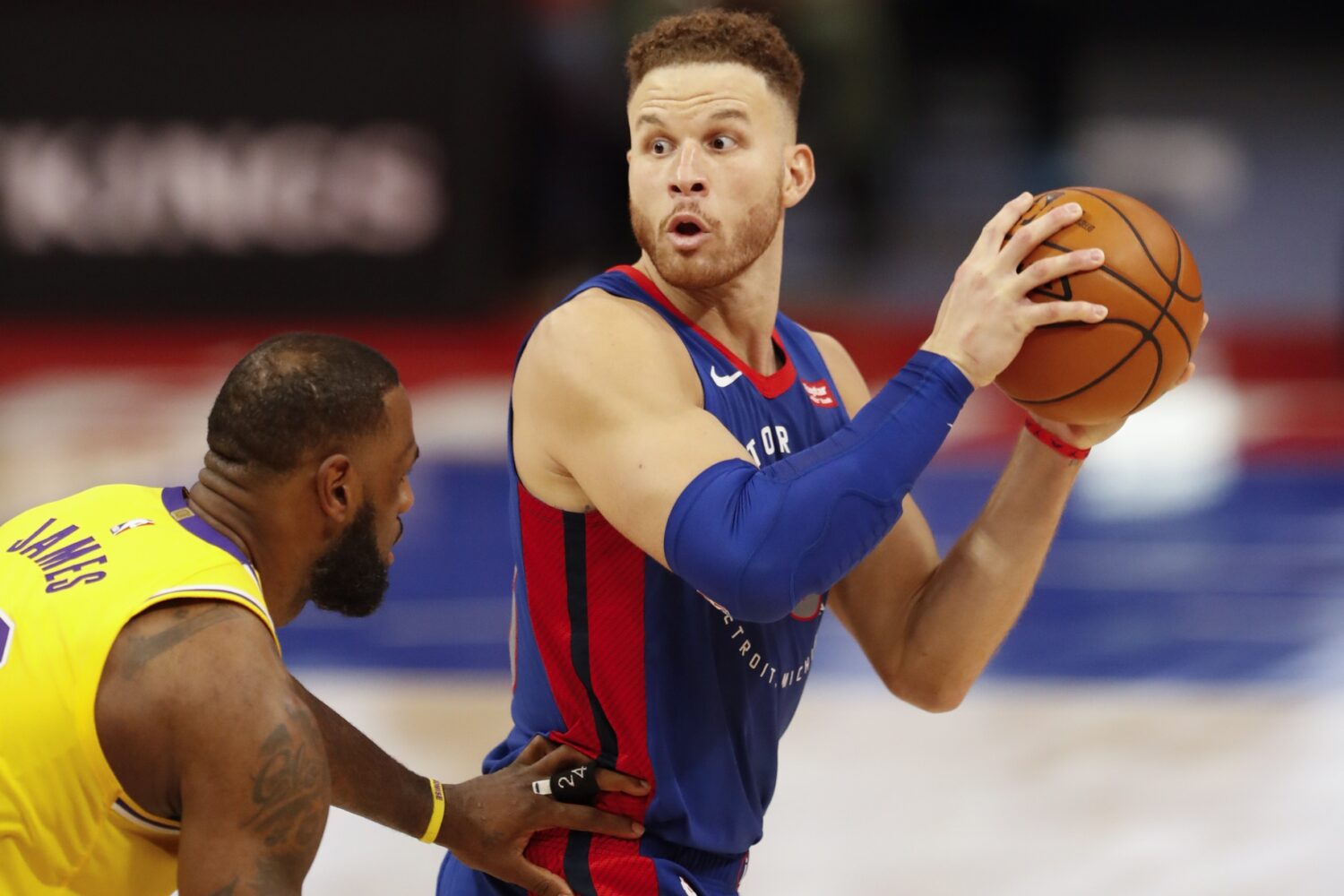 Detroit Pistons star Blake Griffin is eyeing an exit from the franchise.

If Griffin is unable to depart Detroit through a trade, he could receive a ton of interest in the buyout market.

“If Griffin is willing to give up money and agree to a buyout, there’s expected to be significant interest in the six-time All-Star according to the executives,” wrote Michael Scotto of HoopsHype.

“’If Blake is bought out, there would be significant interest, but how much of a savings is Blake willing to take?’ as an executive for a current Eastern Conference playoff team told HoopsHype. ‘He could provide a spark off of the bench. If he’s healthy, he could start if the team had a need, but he’s probably more of a rotation player right now.'”

Griffin, 31, will not participate on the floor until the Pistons can find a way to reroute the six-time All-Star’s career.

The Pistons acquired Griffin from the Los Angeles Clippers in 2018. They had high expectations after trading for the veteran.

However, Griffin’s production has declined over time.

As a matter of fact, Griffin is putting up a career-low 12.3 points along with 5.2 rebounds and 3.9 assists per contest this season. The Pistons may have to attach a draft pick or younger player to offload Griffin in a potential trade package.

Of course, the Pistons have been busy in the trade market. They recently shipped former MVP Derrick Rose to the New York Knicks. In addition, one contender is eyeing Pistons guard Delon Wright.