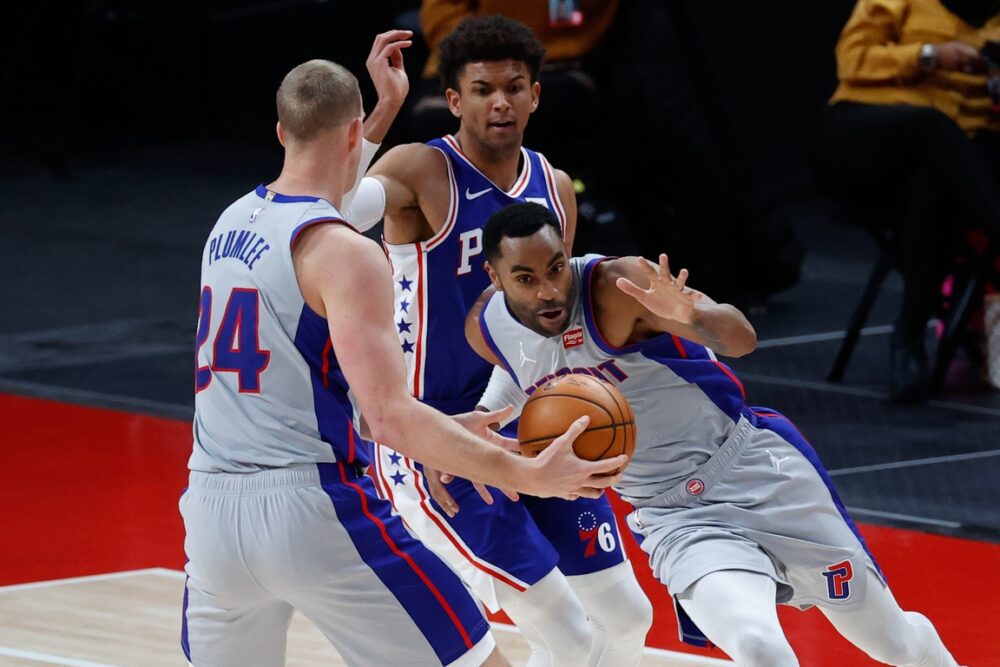 The Detroit Pistons are reportedly getting trade interest from other teams on the availability of veterans Wayne Ellington, Delon Wright and Mason Plumlee.

“Per sources, these three veterans have received most of the legitimate interest from opposing teams up to this point,” James L. Edwards III of The Athletic wrote of Ellington, Wright and Plumlee.

The Pistons have quickly seen their season crumble. They hold the worst record in the Eastern Conference at 10-25.

Most notably, Pistons star Blake Griffin wants to part ways with the franchise. A buyout is reportedly bound to happen between both parties.

Earlier this year, the Pistons dealt guard Derrick Rose to the New York Knicks. They got youngster Dennis Smith Jr. from the Knicks in return.

Ellington, 33, is having a solid campaign. The sharpshooter is collecting 10.6 points on 43.5 percent per game shooting from downtown this season.

Wright, who is in his first year in Detroit, is putting up 10.7 points, 4.9 assists and 4.6 boards per game this season.