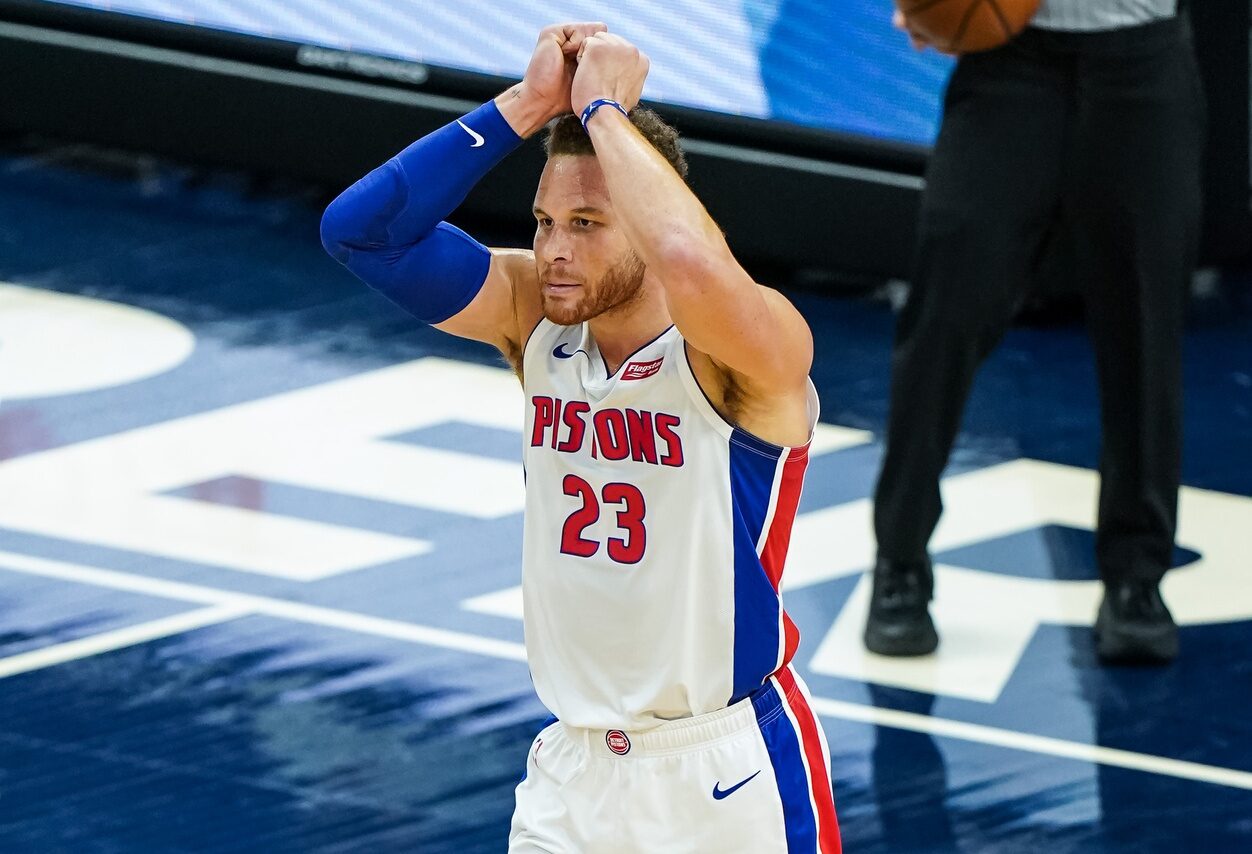 While Blake Griffin currently remains a member of the Detroit Pistons, a new report indicates that the veteran will soon be bought out of his remaining contract with the team.

On a recent episode of “The Crossover” podcast, Chris Mannix discussed a number of NBA topics with co-host Howard Beck, who offered no doubt about Griffin’s ultimate fate with the Pistons.

“It’ll be a buyout,” Beck said. “This is a given. It’ll be a buyout at some point. When they get to that stage, and he’s a free agent, he’s still a guy who is a really smart player, who has become a really great playmaker late in his career, a great passer out of the post and on the perimeter, who can still get by some guys, can knock down a jumper and has a little bit of range. So I think he can be a useful player—a rotation guy. But not a starter on a good team, likely a bench guy. And we can talk about possible destinations, but I think there are a few times that could use him.”

Griffin, who turns 32 later this month, is making $36.81 million this season and is set to make $38.96 million next year. The 2021-22 campaign marks the final season of the five-year deal that Griffin signed when he was still a member of the Los Angeles Clippers.

Keeping Griffin on the Pistons’ roster as they continue to rebuild saddles them with a player whose salary takes up a huge portion of the team’s salary cap.

The Pistons continue to look for ways to trade Griffin for virtually anything, though the buyout scenario is expected to be their final decision. There have been reports that a bought-out Griffin would spark plenty of interest from title-contending teams.

For now, the Pistons will focus on trying to reach double digits in wins as they travel to face the Toronto Raptors on Wednesday night.