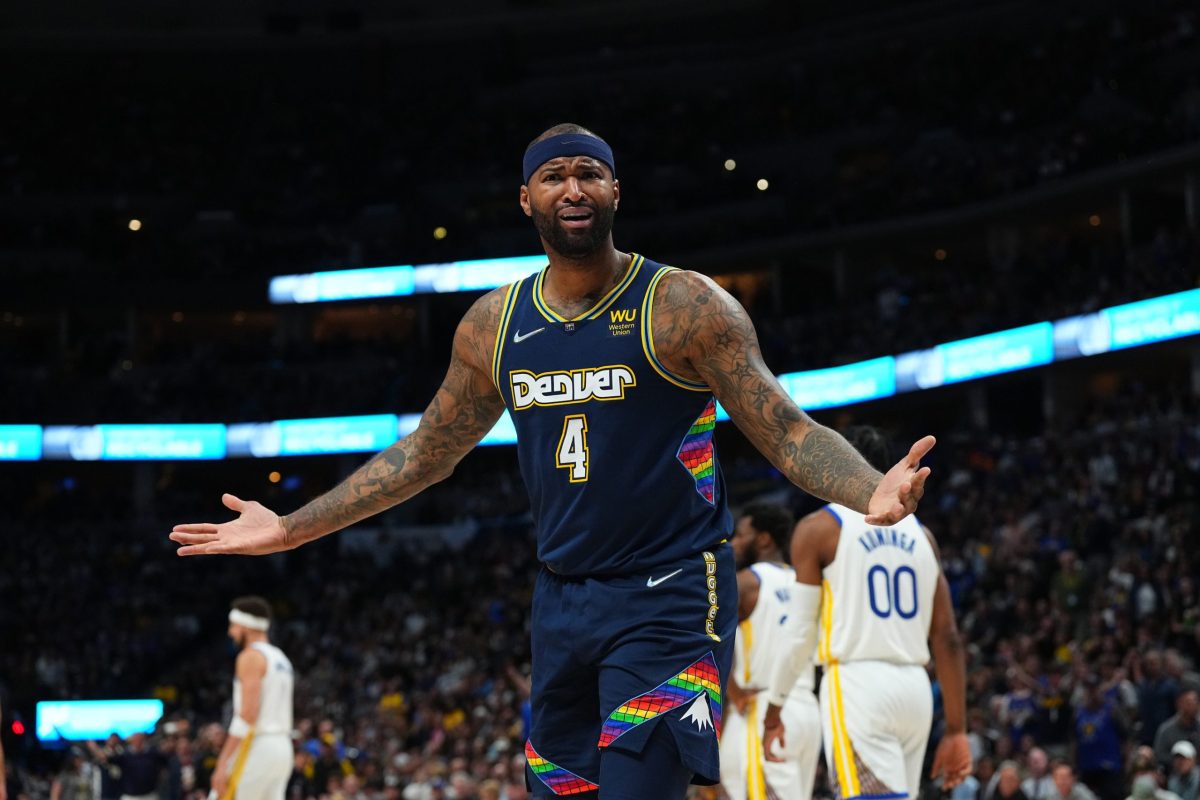 Unemployed big man DeMarcus Cousins was served some cold, hard facts recently after he inquired why he’s not in the NBA.

Golden State Warriors general manager Bob Myers appeared on the “All the Smoke” podcast and spoke about the blunt truth he delivered to the 32-year-old Cousins.

“DeMarcus called me a month ago and he said, ‘Why am I not in the NBA?'” Myers told co-hosts Matt Barnes and Stephen Jackson earlier this week. “And I said, ‘You want that answer? … Because people are afraid of how you’re going to act.’ And he’s like ‘Why?’ And I said, ‘Well whatever the reason is, it’s here now.’

“And I like DeMarcus. You guys may know him. He’s just, I can’t blame him for him because of all he’s been through.”

In looking at Cousins’ career numbers, it seems absurd that no team is willing to sign someone who has delivered the numbers he has while on the court. During the early portion of his career, Cousins was pretty much penciled in to average a double-double over the course of a season.

That ability to dominate on the court largely ended after he ruptured his Achilles in January 2018. He returned to play 30 regular season games for the Warriors in the 2018-19 season and also saw action during the postseason.

However, after signing with the Los Angeles Lakers during the ensuing offseason, he suffered a torn ACL and sat out the entire 2019-20 campaign. He returned to play for four different teams over the next two seasons.

The last of those teams was the Denver Nuggets, who chose not to re-sign him for the 2022-23 season.

Cousins’ past reputation for being a volatile personality who can be hard to handle is surely one of the reasons for his continued absence from the NBA. Among the indiscretions on Cousins’ resume are plenty of technical fouls.

That explosive temperament is something that could potentially cause issues within a team that’s fighting for a championship. It could also poison the atmosphere for a franchise that’s seeking to rebuild and needs a stable veteran presence to guide younger players.

It’s uncertain whether some team will eventually contact Cousins if it suddenly has a need for a big man. At an age when some players are still delivering big numbers every game, Cousins would seemingly be an inexpensive option.

However, Cousins long ago made his first impression on countless teams, and it appears that they have no interest in seeing if he’s now mellowed with age.