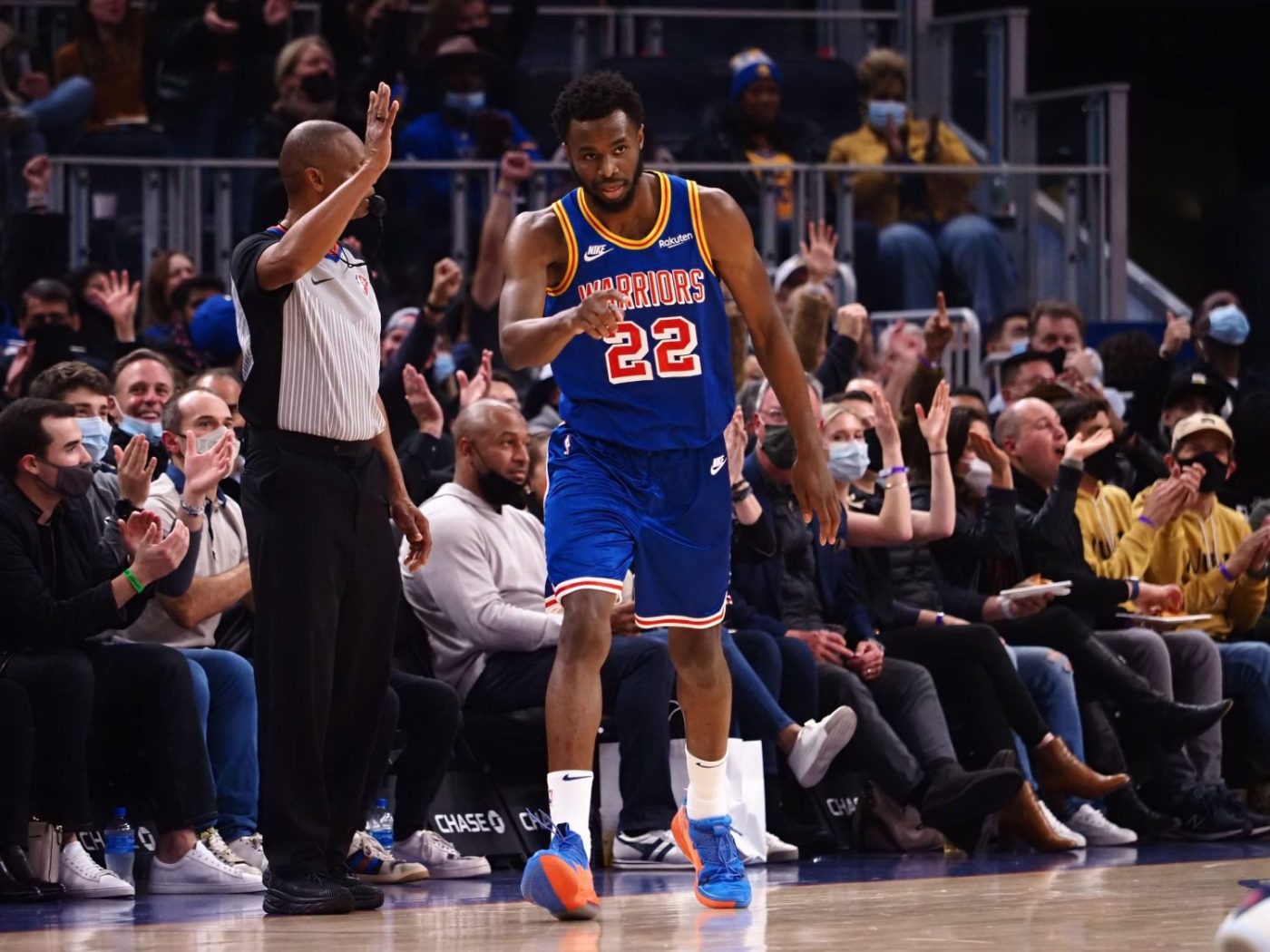 Golden State Warriors star Klay Thompson hasn’t appeared in a game yet this season, but he’s always rooting for his teammates.

In the case of Andrew Wiggins, Thompson believes the Warriors forward deserves to be an All-Star this season. Thompson thinks Wiggins is “one of the best” two-way players in all of basketball.

An All-Star selection this season would be the first of Wiggins’ career. It would be a major accomplishment for the former No. 1 overall pick who many NBA fans believe won’t ever turn into a true star in the league.

This season, Wiggins is averaging 18.7 points, 4.4 rebounds and 1.7 assists per contest. He’s shooting 48.8 percent from the field and a whopping 41.6 percent from beyond the arc.

He has also made a huge impact on the defensive end frequently throughout the season.

Time will tell if he does end up earning his first All-Star selection this season.

As for Thompson, Warriors fans are certainly anxious for the sharpshooter to finally return. Golden State is playing at an extremely high level so far in the 2021-22 campaign, and when the 31-year-old comes back, the team will likely become an even bigger threat to win the title.

The last time NBA fans saw Thompson in game action was in the 2018-19 season. In that campaign, he averaged 21.5 points per game on 40.2 percent shooting from deep. He’s a career 41.9 percent shooter from 3-point range.

The Warriors boast an outstanding 20-4 record at the moment. They’re tied with the Phoenix Suns at the top of the Western Conference standings.