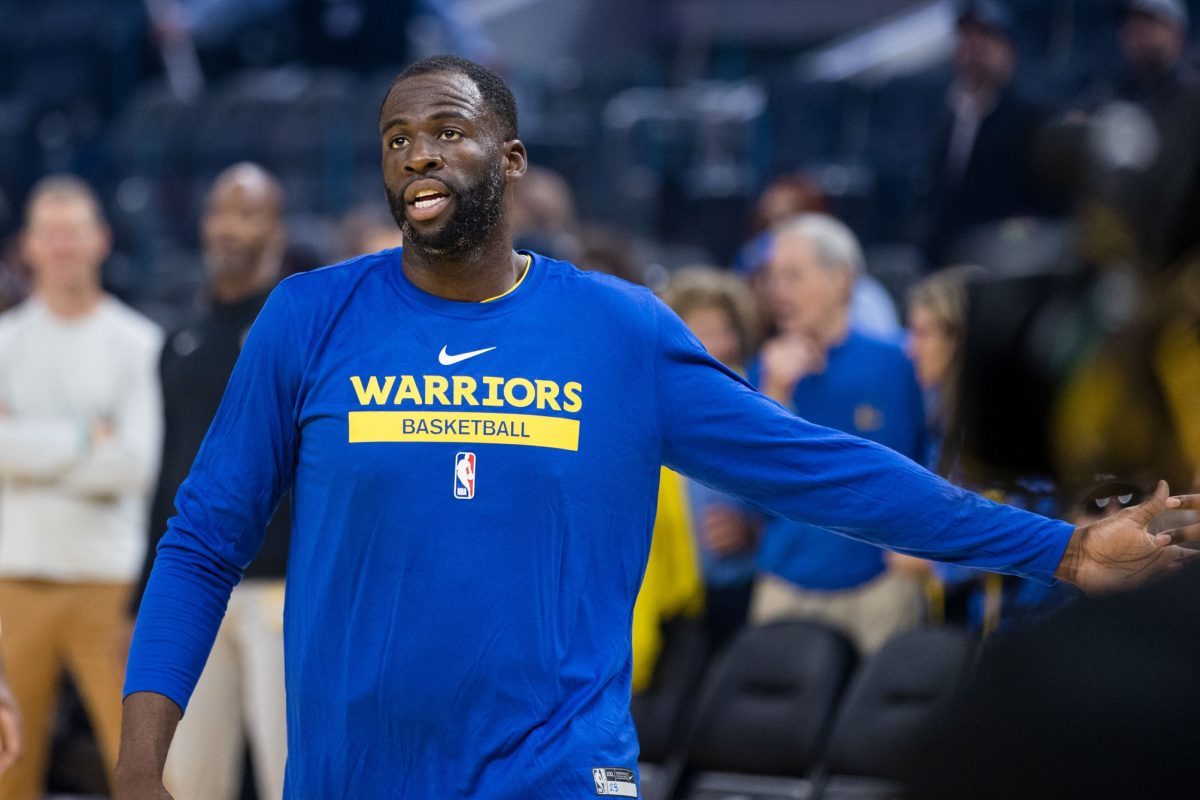 Just before the Golden State Warriors began their 2022 NBA championship defense in the 2022-23 season, they signed both Jordan Poole and Andrew Wiggins to big contract extensions.

As a result, Draymond Green’s future with the organization is very murky.

At this point, it’s possible that the 2022-23 campaign will be Green’s last with the Warriors. He’s already made it abundantly clear that he desires a maximum contract. It seems highly unlikely that the Warriors will be able to offer anything close to that.

On top of that, Green is currently in the process of trying to rebuild trust with his teammates after he violently attacked Poole in practice. That rebuilding of trust seems to still be a work in progress.

Despite those facts, a new report indicates that the team has no intention of trading Green prior to this season’s trade deadline.

“From what I’ve heard talking to people, this iciness that you see in the media comments from Poole, saying, ‘You know, we’re professionals. I’ll leave it at that,'” Zach Lowe of ESPN said.

“From Steve Kerr calling it the biggest crisis they’ve faced.

“From Kevon Looney saying, ‘Draymond is going to have to earn our trust.’

“If anything, I think that may be underplaying the level of iciness and tension that they’re navigating right now. And that’s not to say, ‘Are they going to trade Draymond?’ Everything I’ve heard is they are not trading Draymond. That’s just not going to happen. They’re trying to win the championship and will try to ride it out unless something drastic happens. Draymond is going to be on the team all season.”

There is no doubt that Green has been instrumental in all four of his team’s titles over the past decade. He will always be a legend in the Bay Area.

However, that does not necessarily mean that he’s worthy of a max deal. He’s 32 years old and will turn 33 later this season. Moreover, his statistical production does not necessarily jump off the page. He averaged 7.5 points, 7.3 rebounds and 7.0 assists per game last season.

In his team’s Tuesday night win over the Los Angeles Lakers, he recorded four points, five rounds and five assists.

He does bring a lot to the table that does not end up on the stat sheet, but it’s debatable whether those aspects of his game are enough to get him a max deal in the near future from any team in the league.

It’s worth noting that NBA insider Adrian Wojnarowski recently expressed confidence in the possibility of Green opting into his deal for the 2023-24 season. That would open up some interesting possibilities for his long-term future with the team.

.@wojespn weighs in on Draymond's future with the Warriors after Poole's and Wiggins' extensions. pic.twitter.com/dWEKsua20C

“For Draymond Green, with that $27-and-a-half million option next season, almost assuredly he’s going to exercise that,” Wojnarowski said. “Not sure that that money is going to be in a long-term deal—he’s in his mid-30s—available in the marketplace. Listen, two years left on his deal, and there can be room for an extension at the end of those two years or a new deal that probably is south of that $27-and-a-half, $28 million—perhaps isn’t a raise off of that. But if the Warriors are winning and Draymond is still a highly productive player and wants to be there, I don’t think it means that his days are necessarily numbered in Golden State.”

Time will tell what the future holds for Green.