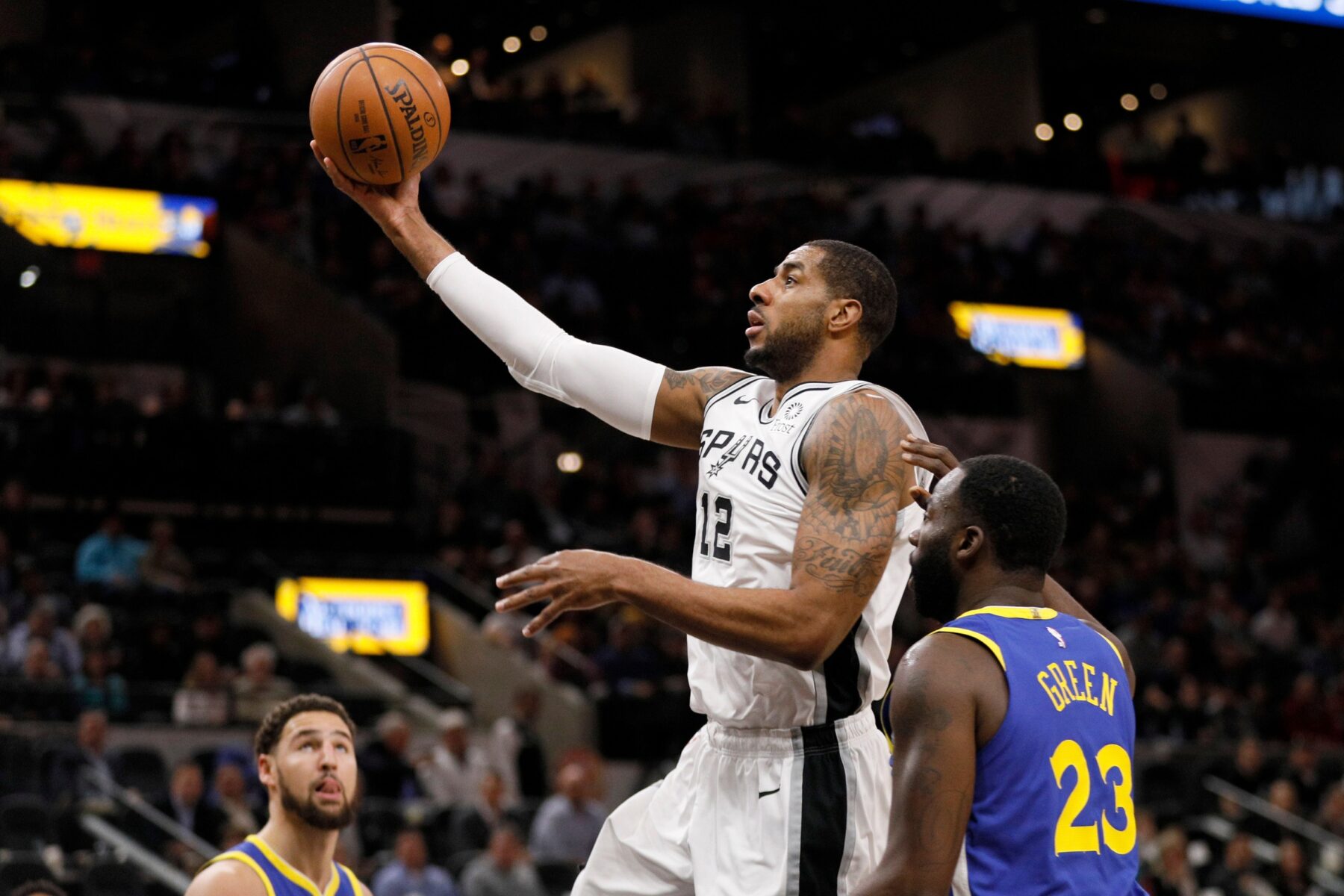 The Golden State Warriors are looking to bounce back with a vengeance during the 2020-21 NBA season and have a valuable trade asset to improve their roster with another star player.

That star player could very well be LaMarcus Aldridge of the San Antonio Spurs. ESPN’s Zach Lowe recently said on The Lowe Post podcast that the veteran might be headed to the Warriors with draft picks being swapped.

“Someone within the league texted me and said, ‘Hey, there is a little bit of buzz about No. 2 to San Antonio for LaMarcus Aldridge and No. 11, and obviously there has to be salary going out,’” Lowe said. “And my response was, ‘That’s crazy! The Warriors should not do that.’”

Although Aldridge is arguably on the downside of his career in the NBA, the seven-time All-Star could be exactly what is needed for the Warriors to contend with the likes of the reigning NBA champion Los Angeles Lakers.

Aldridge would help put pressure on Anthony Davis in the paint while creating an inside presence that would open things up for Stephen Curry and Klay Thompson on the perimeter.

The Warriors trading the No. 2 pick in the upcoming NBA draft seems very much in play as Aldridge might be one of many trade targets for Golden State. Giannis Antetokounmpo has also been rumored as a target for the Warriors.