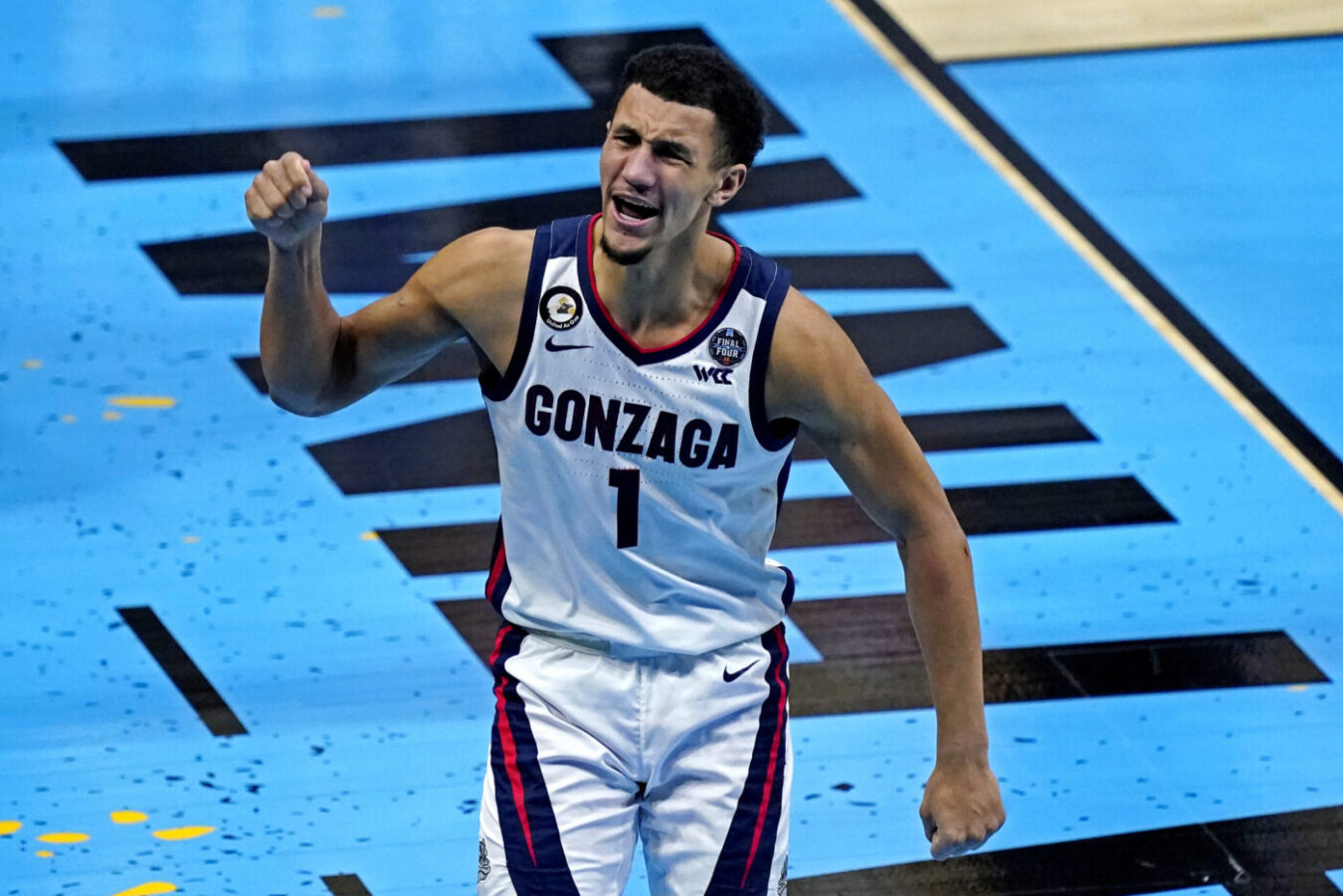 The Golden State Warriors are eyeing guard Jalen Suggs in the 2021 NBA Draft.

Trade talk: Could Golden State use a package of James Wiseman and the 7th pick to move up in the draft?

If the Warriors trade up, I’m told Jalen Suggs is their target.

However, Suggs is expected to be selected before the Warriors will have an opportunity to select a player. He averaged 14.4 points, 5.3 rebounds and 4.5 assists per game during the 2020-21 campaign in college.

Most draft analysts anticipate Cade Cunningham to go No. 1 to the Detroit Pistons, Jalen Green to be selected No. 2 by the Houston Rockets and Evan Mobley to picked at No. 3 by the Cleveland Cavaliers.

The Toronto Raptors, who own the No. 4 pick, are one of the landing spots for Suggs in several mock drafts.

As a result, the Warriors could be in talks with the Raptors. In fact, the Warriors are reportedly interested in Raptors star Pascal Siakam. A trade between the two teams on draft night could end up having lots of moving parts.