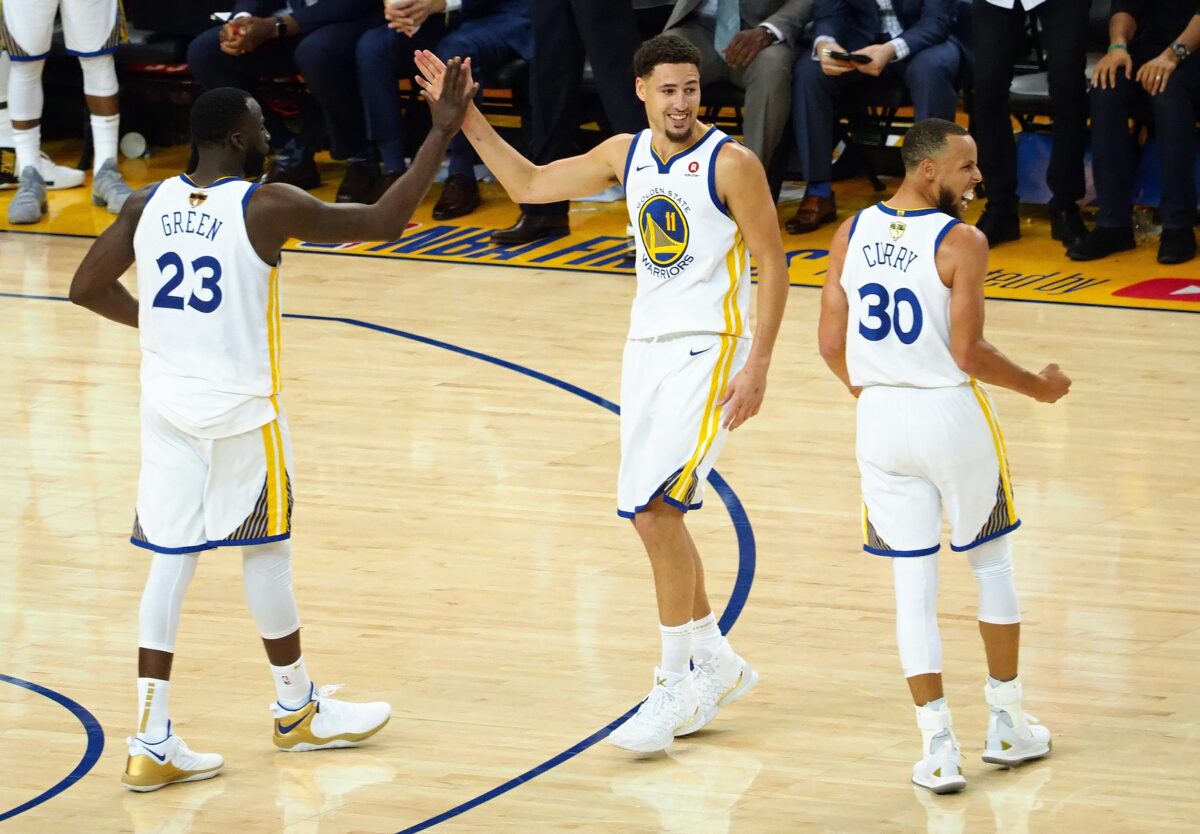 With the 2020-21 NBA season apparently set to begin in late December, the league is working to figure out all the details so that teams can conduct offseason business.

One big thing the league is finalizing is the salary cap and luxury tax numbers, and it looks like they may favor the Golden State Warriors, which has seemingly irked the rest of the league.

This is possibly a significant victory for the Warriors and rival teams are already upset (again). https://t.co/lyNv3EJgGe

“Sources also said that, in an attempt to ease the tax burdens of teams that had been planning on the salary cap and luxury tax continuing to steadily rise, the NBA will reduce the luxury tax bill for teams at the end of the 2021 season by the percentage amount that the league’s Basketball Related Income declines from initial projections,” wrote Tim Bontemps and Adrian Wojnarowski of ESPN.

“Another way the luxury tax relief could benefit Golden State is with regard to potentially using its $17.2 million trade exception generated by trading away Andre Iguodala last summer. If the Warriors were to acquire a player for that full amount in a trade, their tax bill would increase to $149 million. A reduction to league wide revenue, however, could slice up to $45 million off of that total number.

After the Warriors reached the NBA Finals in each of the previous five seasons, they went through a “gap year” this past season due to the departure of Kevin Durant and injuries to Stephen Curry and Klay Thompson.

With Curry and Thompson now healed, the team is of course thinking it will be back to contending for a fourth NBA championship in recent years, especially if it succeeds in augmenting a roster that looks drastically different than it did 18 months ago.

There have been many rumors that it’s looking to trade the second overall pick in this month’s NBA draft for a player who will be able to help it now.

The latest rumor has the pick going to the San Antonio Spurs in return for veteran big man LaMarcus Aldridge.

In this article:featured, golden state warriors