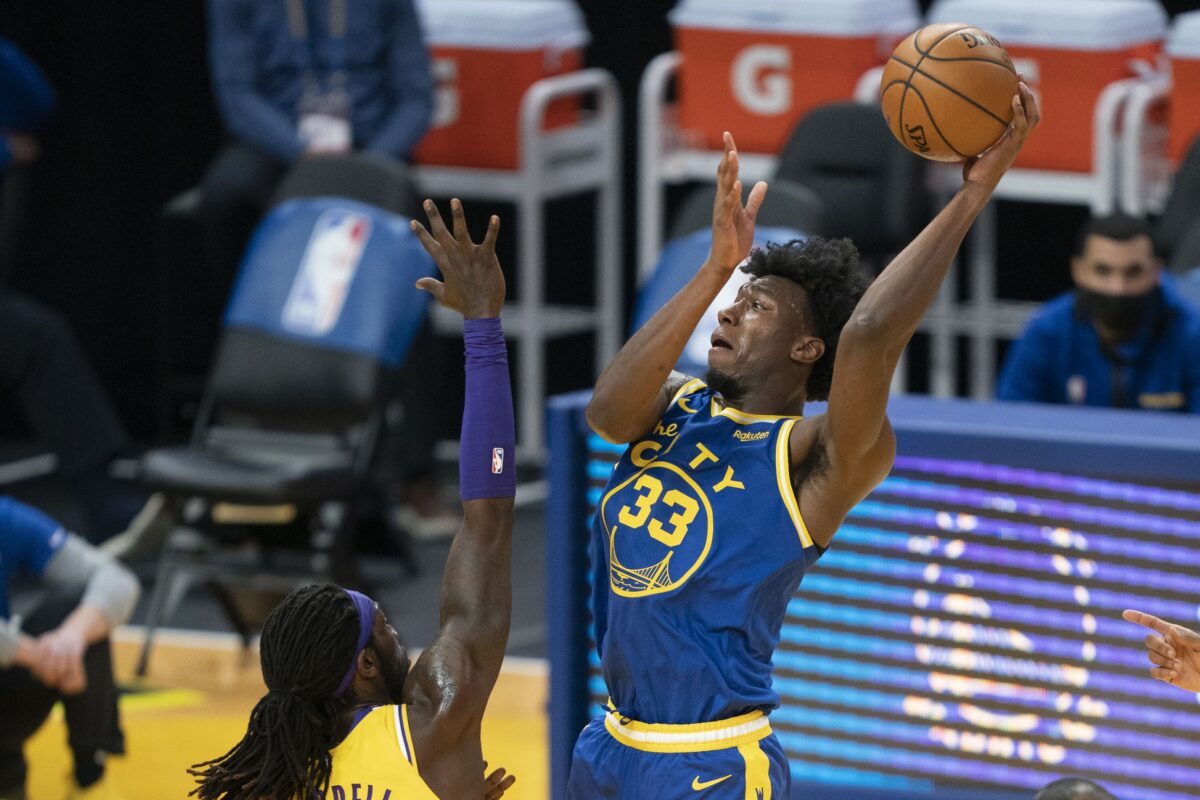 While the Golden State Warriors haven’t eliminated the prospect of trading rookie James Wiseman, a new report indicates that the team won’t deal him unless it receives top talent in return.

Wes Goldberg of The Mercury News looked at the possibility of the Warriors making a trade, comparing Wiseman’s value to the the Warriors’ first-round pick of the Minnesota Timberwolves either this year or in 2022.

“Same goes for rookie center James Wiseman, who the Warriors selected with the No. 2 pick in November’s draft and has shown flashes of a skill set that should be enticing for any rebuilding team,” Goldberg wrote. “According to league sources, Golden State is committed to Wiseman, and won’t move him unless part of a package that nets a perennial All-Star talent.”

That Timberwolves pick was part of the D’Angelo Russell-Andrew Wiggins deal and is protected for selections one through three for this year’s draft and is unprotected in 2022.

Wiseman was the second overall player taken last November and in his first season, is averaging 11.8 points and 6.0 rebounds per game.

While those numbers may seem low for such a high draft selection, it’s important to remember that Wiseman doesn’t turn 20 until March 31. That means he has plenty of time to develop his game and still offers the Warriors plenty of potential on the court.

The Warriors are currently 20-20 for the season, the ninth-best mark in the Western Conference and one that has them in playoff contention.

After enduring key injuries for much of the past two seasons, the Warriors are hoping to get back to annual trips to the NBA Finals. Accomplishing that will require talented players such as Wiseman or someone with plenty of ability should they choose to trade the rookie away.