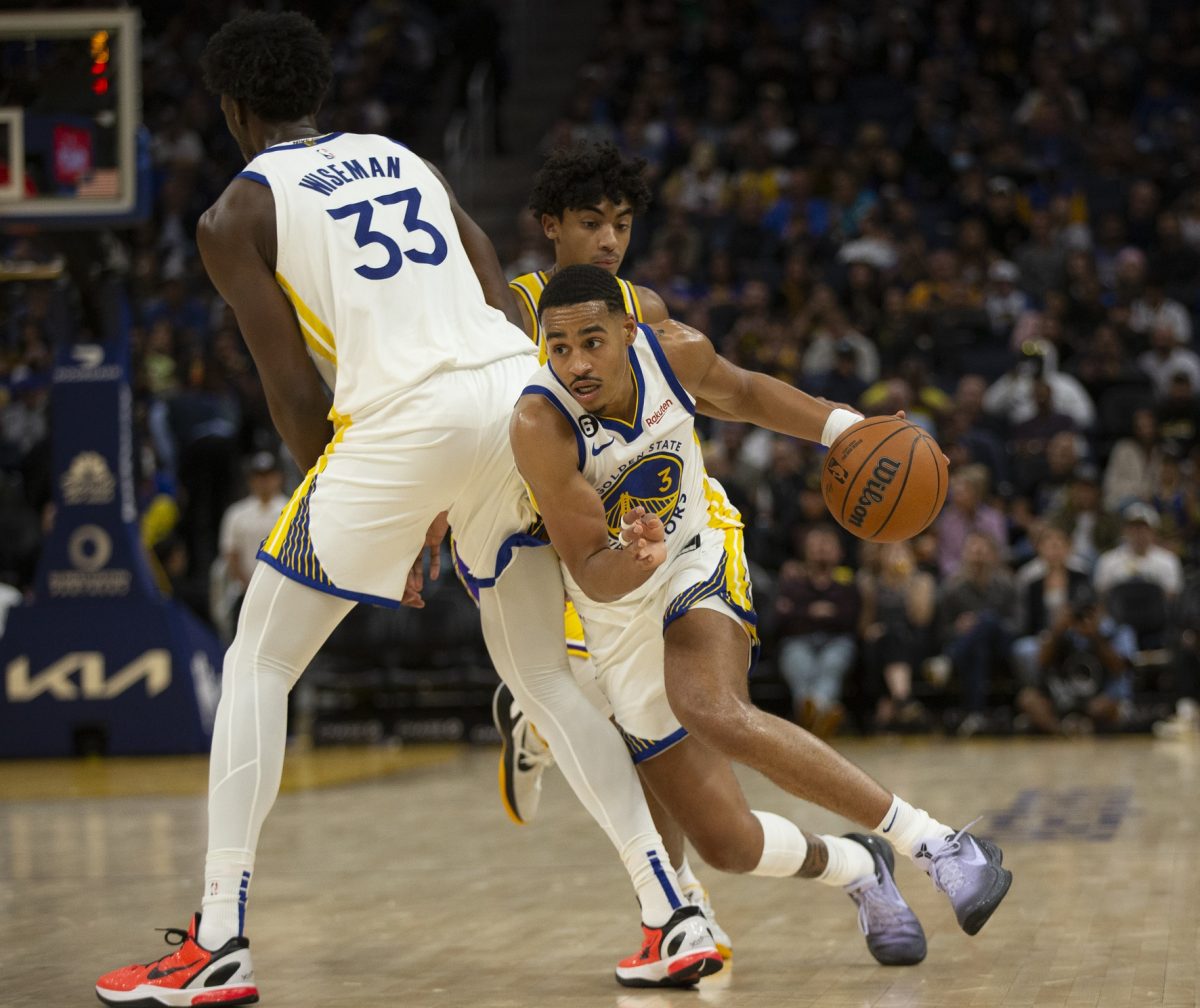 The Golden State Warriors and guard Jordan Poole reportedly are expected to agree to a contract extension in the next week.

“I do expect a contract extension to happen in the next week,” The Athletic’s Anthony Slater recently said. “Maybe Jordan is waiting for that to finally speak to us about the entire saga that has been this entire 10-day period for him.”

Things haven’t been smooth sailing for Poole in the preseason, as the Warriors guard took a punch from his teammate Draymond Green in practice. It has become arguably the hottest story in the NBA, as Green is taking time away from the team following his actions.

Poole, who was an integral piece in the Warriors’ run to win the NBA Finals last season, had the best season of his career in the 2021-22 campaign.

A former first-round pick, Poole has become a reliable bench scorer for the Warriors, and he filled in admirably last season when Klay Thompson and Stephen Curry were out of the lineup with injuries.

Poole struggled to find his footing in Golden State’s rotation until the 2021-22 season. He spent time in the G League as he worked on his shot, and it has certainly paid off.

In his first two NBA seasons, Poole appeared in 108 games for the team, making 21 starts and playing 20.9 minutes per game. He averaged 10.3 points, 1.9 rebounds and 2.2 assists per game over those two seasons.

Now, he’s likely on the verge of signing a deal that will pay him north of $100 million over the length of the contract. It’s possible the Warriors and Poole use the four-year, $130 million deal that Tyler Herro signed with the Miami Heat as a basis for their negotiations.

The Warriors certainly hope that Poole will remain a part of their core for the long term, especially since he’s proven he can be a key piece on a championship team. They open their 2022-23 regular season on Tuesday, Oct. 18 against the Los Angeles Lakers.