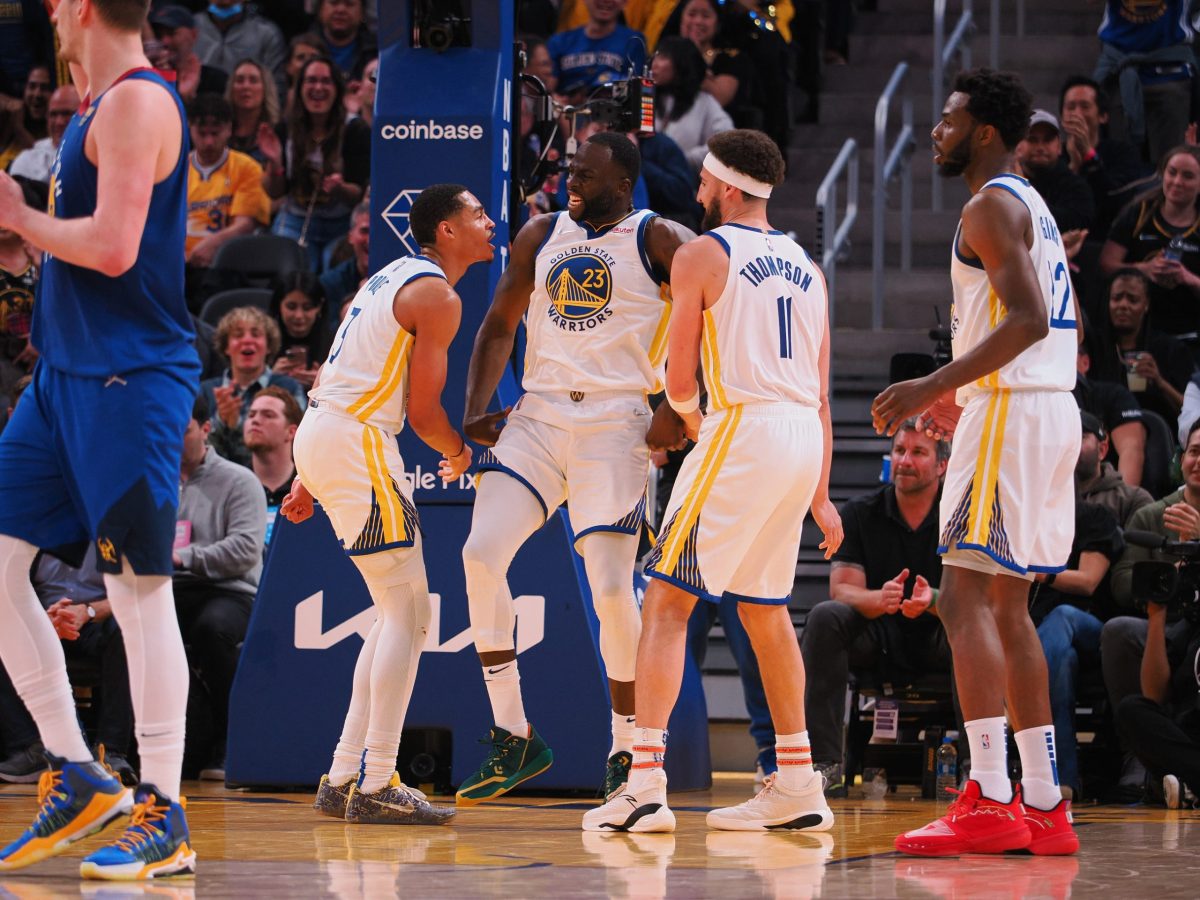 The defending champion Golden State Warriors have a glut of young talent to go alongside their core of veteran stars. That fact is a big part of the reason why they were able to claim the 2022 NBA championship with relative ease.

While the team seems locked in for its bid to repeat as champions in the 2022-23 NBA season, one Western Conference executive believes that guard Jordan Poole, arguably the most talented young player on the team, is the most likely to look elsewhere for a new contract in the future. Poole is scheduled to become a restricted free agent following the upcoming campaign.

“Poole, though, could have some [Harrison] Barnes in him,” the executive explained while speaking with Heavy.com. “He got to show what he can do a bit when everyone was hurt and the team was bad, but he got pushed back within the team once Klay [Thompson] was healthy and everyone was talking about [Andrew] Wiggins and all. It depends on how they handle this contract. But if he gets the sense they do not want him, yeah, he is the one I could imagine looking elsewhere, like Barnes did. Of course, they replaced Barnes with [Kevin] Durant. Maybe they’ll do the same with Poole.”

One interesting thing to note is that Poole is not the only Warriors player who has been rumored to be considering moving teams for a big payday.

Veteran star Draymond Green reportedly is looking to sign a max extension and would leave the Warriors if they prove unwilling to give him the kind of deal he covets.

Between Green and Poole, the average NBA fan would likely agree that, at this point, Poole is the far better investment for an opposing team.

He really came into his own last season, averaging 18.5 points, 4.0 assists and 3.4 rebounds per game in 76 regular season games. His numbers took a slight dip in the playoffs, but he served as a highly valuable rotational player during the Warriors’ run to the Finals.

Though there’s no doubt that he’s a valued member of the Warriors, it’s also easy to understand why the 23-year-old Poole would want to explore other options. Not only could he possibly get more money from a different team, but he would also be able to cast out from underneath the shadows of teammates Stephen Curry and Thompson.

Still, the fact that he has gotten the chance to learn from two of the greatest scorers in the history of the game likely makes him that much more attractive in the eyes of rival front offices.

Though this rumor is alive right now, chances are good it will be put on ice for the most part during the upcoming season. After all, Poole would likely love to get another NBA title in his young career before he tests the open market next summer.