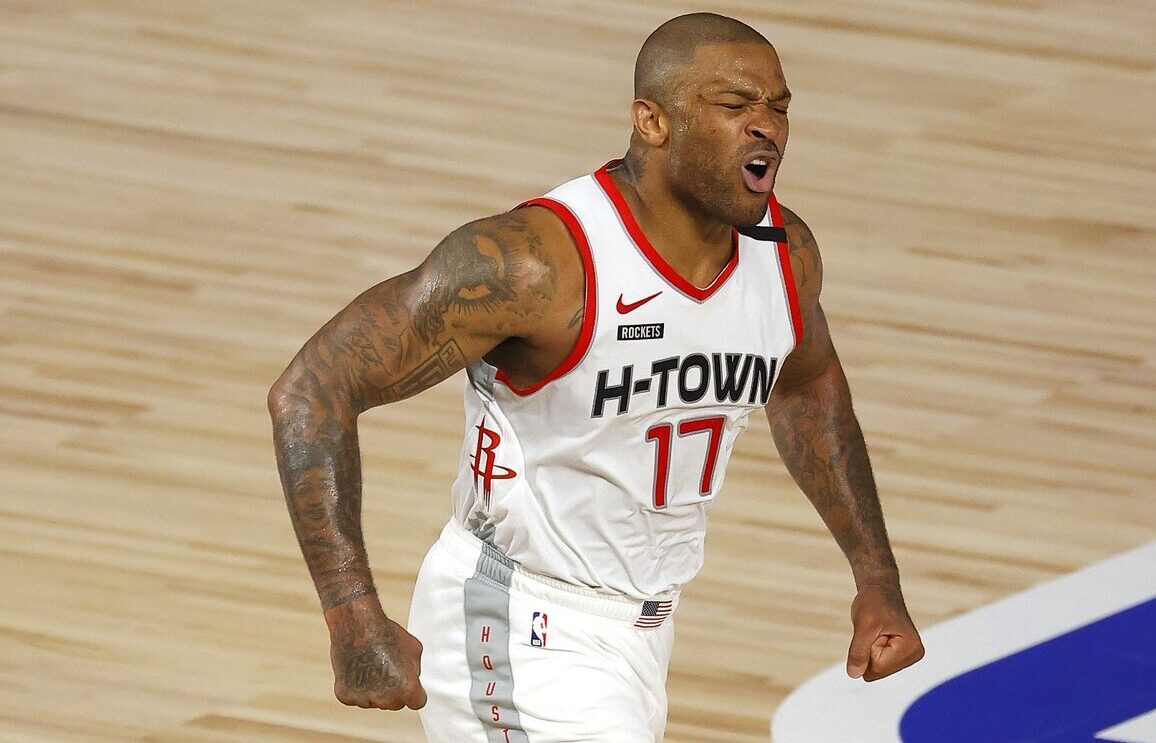 After finally trading disgruntled superstar James Harden to the Brooklyn Nets, the Houston Rockets may not be done wheeling and dealing.

Veteran forward P.J. Tucker may end up on the move as well in the near future, and he may net a meaningful return in the form of draft picks.

“The Rockets may not be done trading, either,” wrote Kevin O’Connor of The Ringer. “The Athletic’s Kelly Iko reported that multiple teams have inquired about lockdown defender P.J. Tucker. Two league sources tell me Tucker’s value around the league is the range of three second-round picks. The Rockets may hold out for a team to offer a first ahead of the March 25 trade deadline, but Tucker is 35 and will be an unrestricted free agent this offseason, which hurts his value.”

Clearly, it’s time for the Rockets to rebuild. Other than big man Christian Wood, who may be emerging as a star, the Rockets don’t possess any young stars who they can build around for the next several years.

Guard John Wall has made a strong return from an Achilles injury, but he’s 30 years of age. Big man DeMarcus Cousins has played poorly.

The one hope the team may have in terms of a trade chip is former All-Star guard Victor Oladipo, who was acquired in the multi-team Harden trade.

“Houston could also still flip Oladipo, who wanted out of Indiana but landed in another place he doesn’t want to be,” wrote O’Connor. “League sources say Oladipo still hopes to find himself in Miami.”

Perhaps the Rockets’ best bet is to hoard draft picks, tank this season and hope to strike it rich in the NBA draft in the coming years.