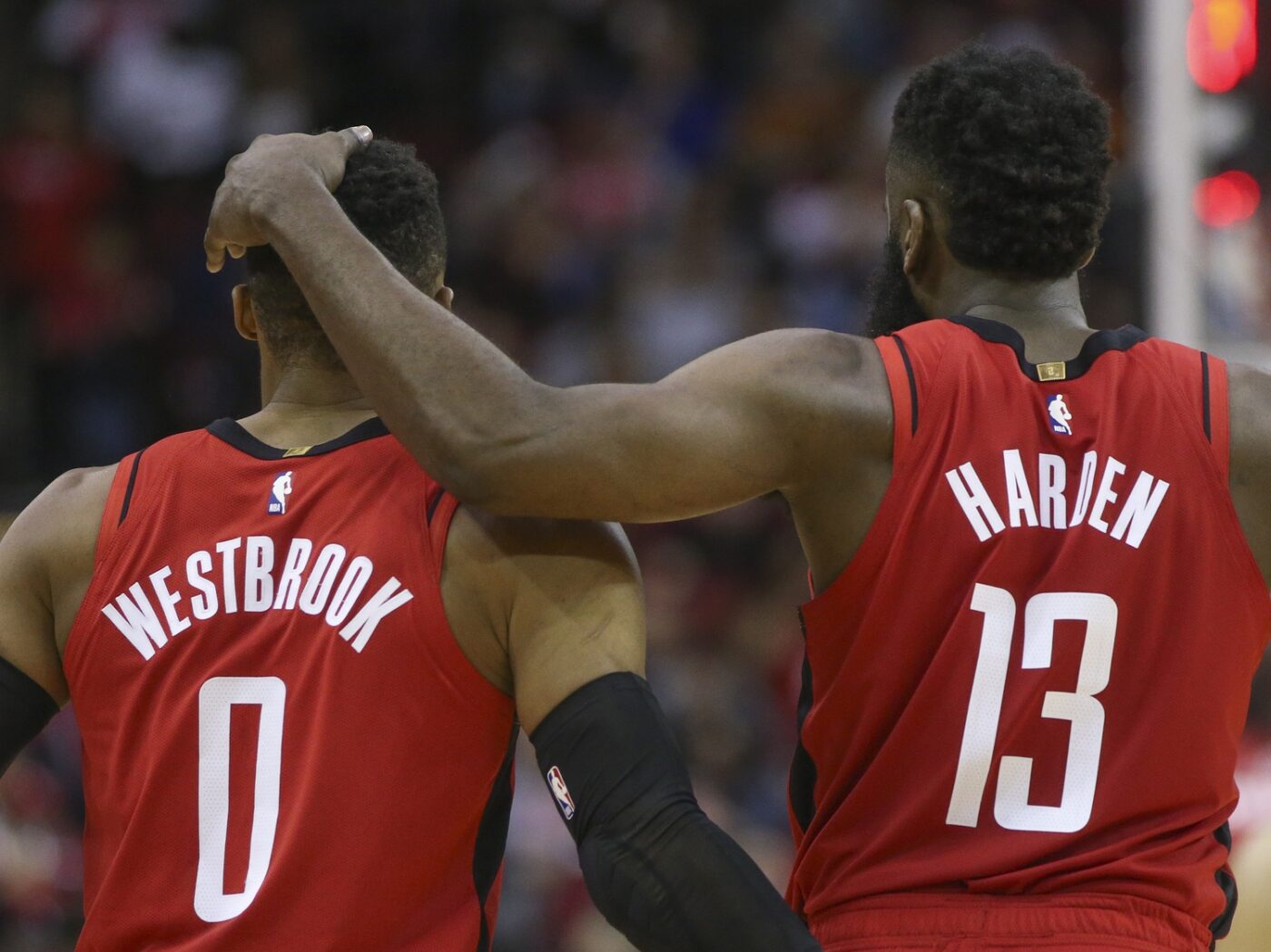 The Houston Rockets have had a crazy year.

Now, Rockets superstars James Harden and Russell Westbrook are expressing uncertainty on sticking with the franchise.

“As the Houston Rockets navigate an offseason of major change, a new challenge is emerging for the franchise — the uncertainty of former MVP guards James Harden and Russell Westbrook on their futures with the team, sources told ESPN,” wrote Tim MacMahon of ESPN.com.

Harden, 31, is one of the best players in the NBA. The transcendent talent was shipped from the Oklahoma City Thunder to the Rockets in 2012.

The veteran averaged 34.3 points, 7.5 assists, 6.6 rebounds and 1.8 steals per game this past season. He has led the Rockets to the postseason every year he’s been in Houston.

However, the marriage between Harden and the Rockets has yet to see an NBA Finals appearance.

As for Westbrook, he’s already flying in trade rumors. The Rockets boldly acquired the former MVP from the Thunder last offseason.

Yet, the Rockets couldn’t make noise in the 2020 playoffs. They got destroyed by the Los Angeles Lakers in five games in the second round of the playoffs.