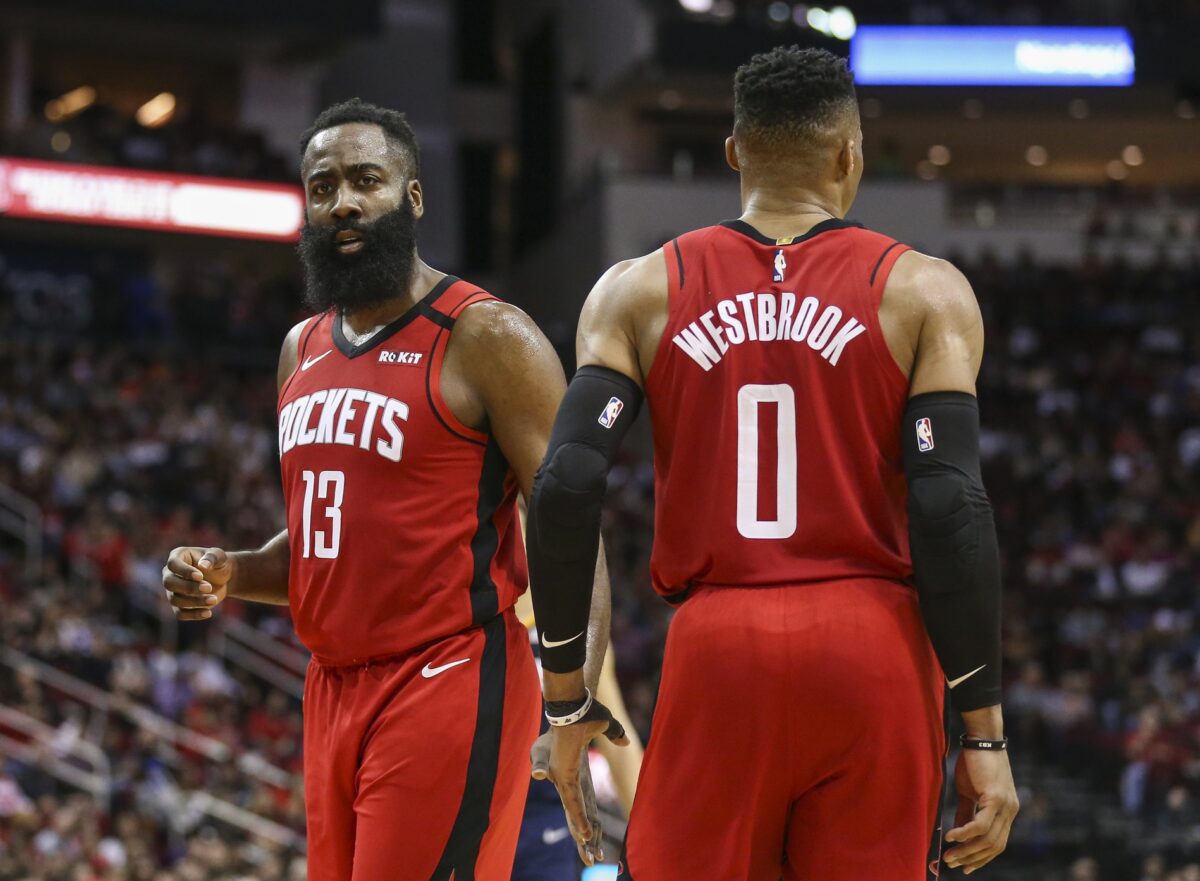 The star duo of James Harden and Russell Westbrook seems to be on life support.

After indications that both Harden and Westbrook may be looking for a way out of Houston, it has now been reported by Stephen A. Smith that the two players have little interest in continuing to play with one another.

Smith added that the Rockets might “have to move” both Harden and Westbrook due to the recent news.

“It’s a virtual guarantee that one of them is going to be gone, and a better than 50 percent shot that both will be gone,” he said.

It’s a pretty stunning turn of events in Houston. After seasons of just barely failing to get over the hump and advancing to an NBA Finals appearance, it now looks like the entire organization may be on the verge of a rebuild.

With mere weeks to go before the start of the 2020-21 season, things are sure to get quite interesting in Houston in the near future.