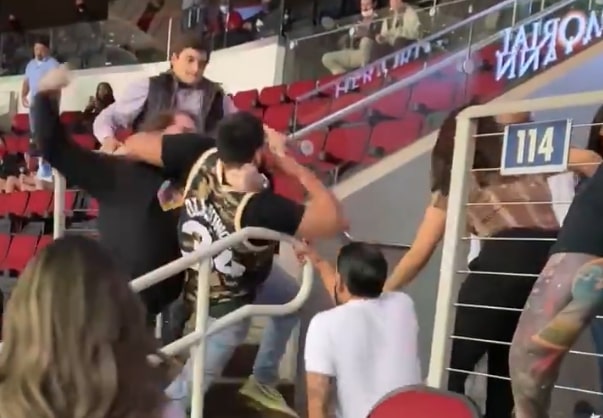 During Saturday night’s game between the San Antonio Spurs and Houston Rockets, an ugly brawl between fans not wearing masks took place in the stands.

this rockets spurs game yesterday is why games shouldn’t have fans lol pic.twitter.com/5GC3sZ9yF3

The game on the Rockets’ home court at Toyota Center was won by the visiting Spurs, 111-106, but the nasty fights that broke out garnered plenty of postgame attention.

As of yet, there’s no information regarding the fisticuffs that multiple fans were involved in. However, given the continuing COVID-19 pandemic, the sight of unmasked fans coming into close contact is a sight that neither the Rockets nor the NBA wants to see.

The Rockets are one of a number of NBA teams allowing fans to come to games.

Other franchises are choosing to have games played in empty arenas to limit the risk of spreading the virus.