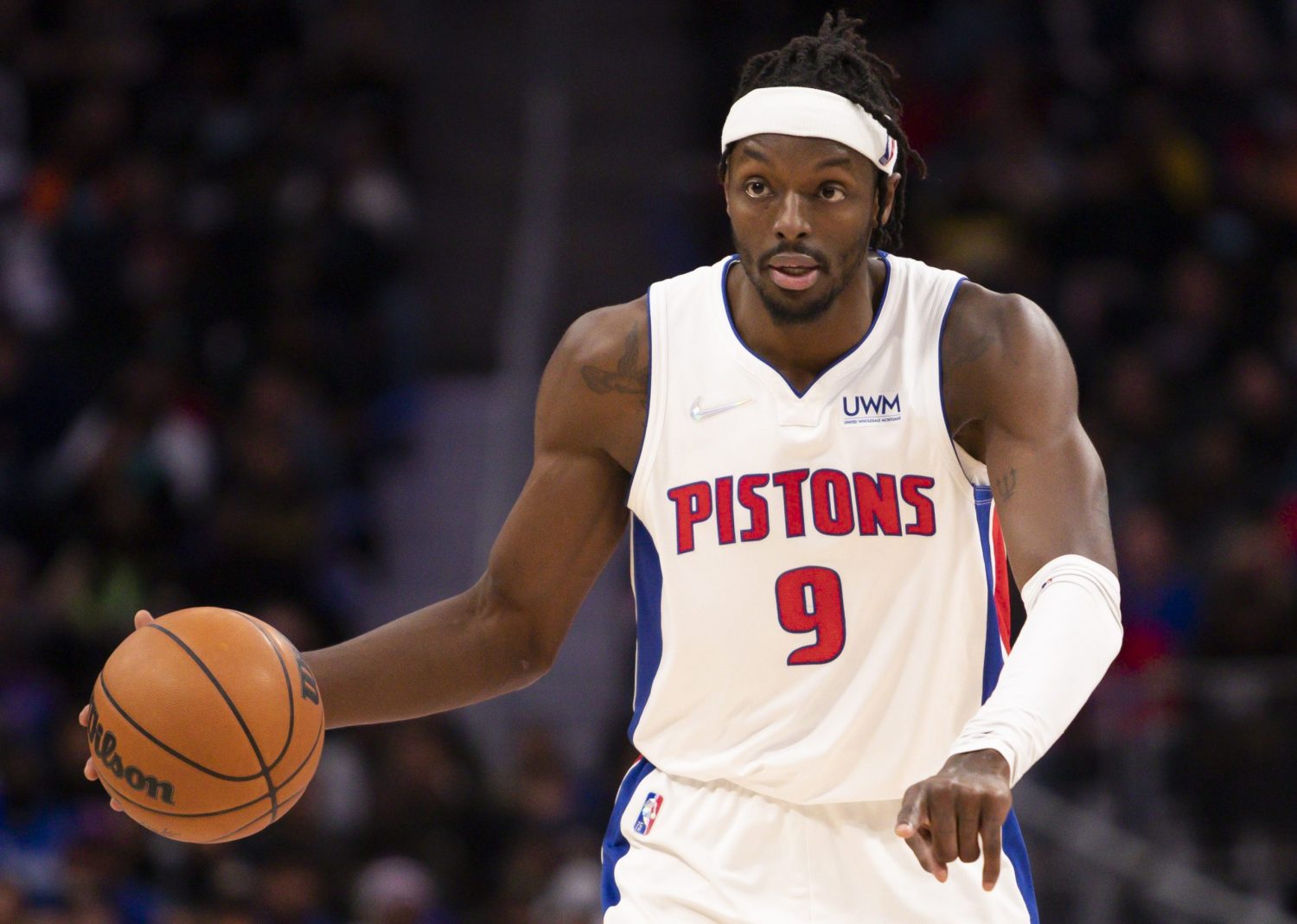 The Indiana Pacers reportedly rejected a trade offer from the Detroit Pistons that involved Jerami Grant and Myles Turner.

According to Steve Bulpett of Heavy.com, the Milwaukee Bucks are also interested in acquiring Turner from the Pacers.

“We’re told Jerami Grant for Myles Turner was rejected by Indiana, and that Milwaukee has interest in Turner to play the Brook Lopez role,” Bulpett wrote. “But the Pacers may be sticking with Turner a while to see how he meshes with [Tyrese] Halliburton. ‘Indiana’s been trying to move Turner for three years, but everyone kept asking for [Domantas] Sabonis,’ said one GM.”

Turner, 25, is currently out of the lineup with a foot injury, and it is possible that the Pacers hold onto him through the trade deadline after they moved Sabonis to the Sacramento Kings on Tuesday.

Grant, who thrived in his first year in Detroit during the 2020-21 season, has dealt with a thumb injury this season that has limited him to just 29 games. The veteran forward is averaging 19.1 points, 4.5 rebounds and 2.5 assists per game this season while shooting 40.4 percent from the field and 33.1 percent from beyond the arc.

Grant has regressed this season, as he is posting worse numbers in points, assists and rebounds per game compared to the 2020-21 campaign and is shooting worse from the field and from deep.

Even though Indiana has made Turner available, it clearly values him enough to stay away from dealing him for Grant. The Pacers big man is one of the best shot-blockers in the NBA when he is healthy.

It will be interesting to see if the Pacers decide to keep Turner in Indiana to see if he can mesh with their new roster rather than moving him by the deadline this week.