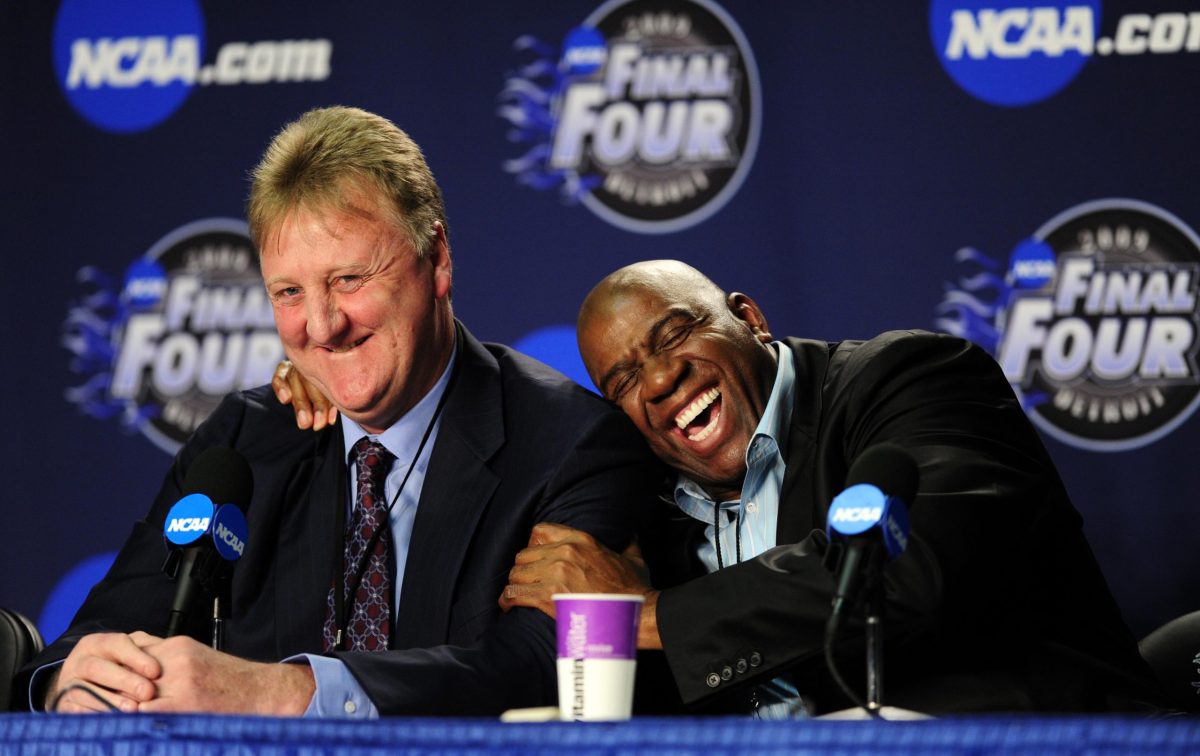 Rose spoke on the “Courtside Club” podcast with host Rachel DeMita and offered his list.

No doubt expecting some backlash for his assessment, Rose then noted how each of the players selected rank among the greatest players ever.

“By the way, you can hate me and/or hate my list, but when you really break down the history of the game, all of them is top 12 of all time,” Rose said.

Jordan has often been used as a benchmark for the greatest player, though LeBron James has been mentioned in that conversation more recently.

Both Jordan and James can make a claim on that designation, especially with James getting ready to become the NBA’s all-time scoring leader.

Johnson and Bird have often been linked together since they both entered the NBA during the 1979-80 season. The two players became the focal point of the bitter Los Angeles Lakers-Boston Celtics rivalry during the 1980s, with the two teams facing each other three times in the Finals during the decade.

Thomas is likely Rose’s most controversial choice and one that’s likely open to claims of bias. That’s because Rose grew up in Detroit and later played at the University of Michigan.

During Rose’s formative years, Thomas was a central component of the Detroit Pistons squad that won two consecutive NBA titles.

Rose is clearly fond of Abdul-Jabbar, who James will likely topple from the top of the all-time scoring list. The Lakers legend played 20 seasons and was part of six different NBA championship teams, with his first ring coming as a member of the Milwaukee Bucks in 1971.

Of course, Rose’s omission of players such as Bill Russell, Wilt Chamberlain and Oscar Robertson will likely cause longtime NBA watchers to question Rose’s credibility in making such choices. Other legendary players might also might have issues with Rose’s list.

Of course, in the end, Rose’s choices are merely his opinion and don’t serve as a definitive stamp on the NBA’s best players ever. Younger people could very well offer players from recent eras that they’ve watched while older people might be inclined to go with players from the league’s first quarter century.