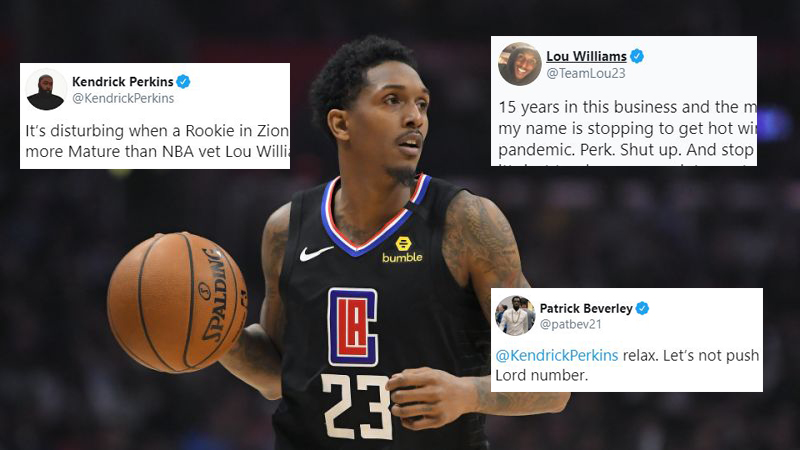 15 years in this business and the most dirt you have on my name is stopping to get hot wings during a pandemic. Perk. Shut up. And stop laughing and saying it’s just tv when you run into me too. https://t.co/2xnCpG9I1J

The topic of conversation has been Williams’ decision to visit a strip club while he was on an excused absence from the NBA’s bubble.

Now, Williams’ Clippers teammate, Patrick Beverley, has decided to get involved in the drama as well. The hard-nosed guard took to Twitter to share a simple message about the situation.

@KendrickPerkins relax. Let’s not push that button. U got Lord number.

Unsurprisingly, Beverley has come to his teammate’s defense on the matter. After all, it’s pretty likely that Williams was having a tough time even before Perkins got involved.

He was criticized on social media for much of the weekend after images of him at the club started to pop up. Now, he’s serving a 10-day quarantine in the bubble.

That quarantine will force Williams to miss the Clippers’ first two regular season games within the bubble in Orlando, Fla.

It’s quite likely that Williams’ talent will be missed during that time. He’s averaging 18.7 points, 5.7 assists and 3.1 rebounds per game this season.

For the Clippers, they’re surely hoping that this will be the last off-court distraction that they have to deal with for the rest of the season. They’ve got their sights set on the 2020 NBA title as one of the clear championship favorites entering the resumption of the 2019-20 season.