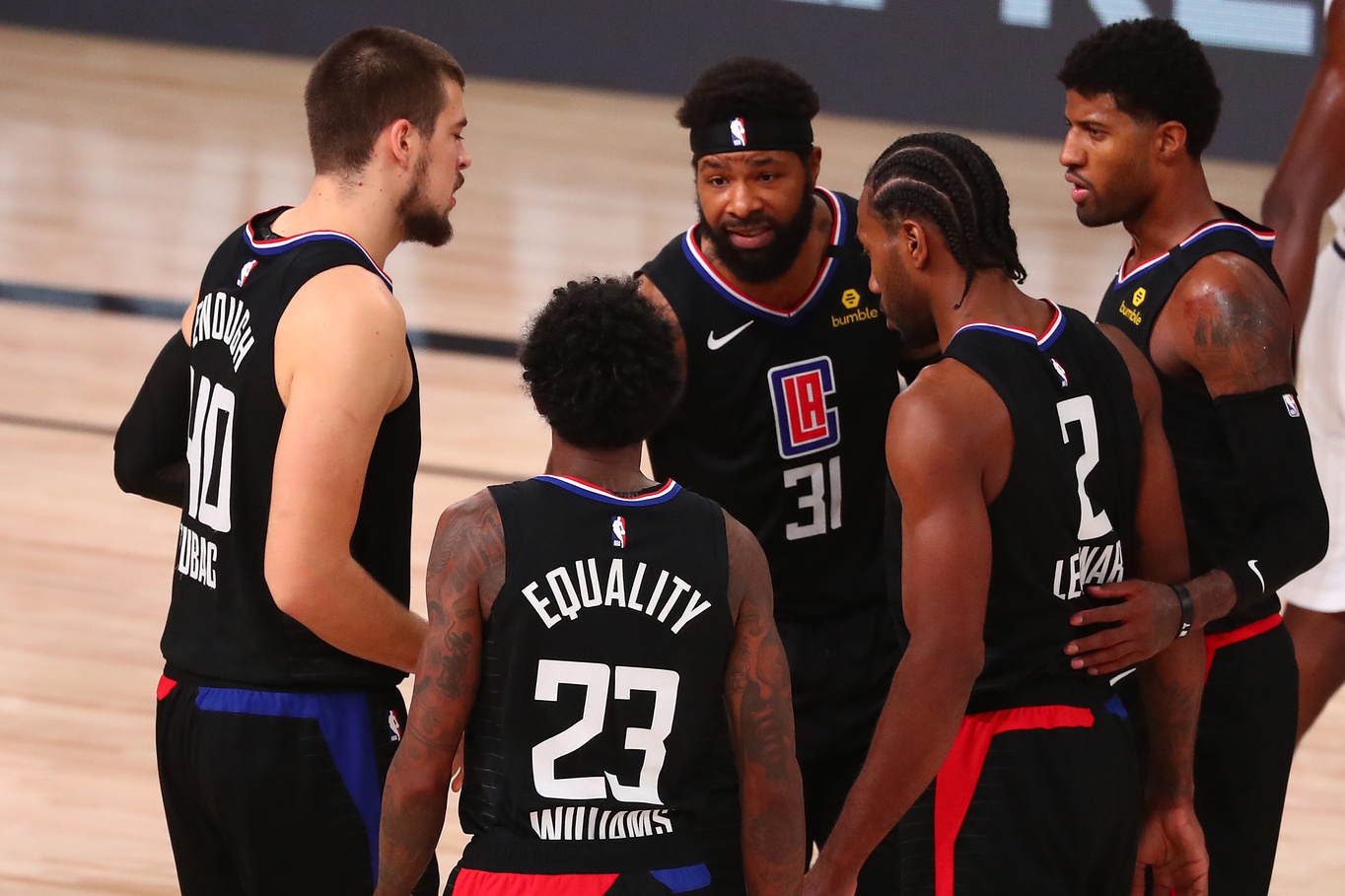 The Los Angeles Clippers are feeling great about their core as they head into the second half of the season.

“The Clippers, sources say, feel very good about their core and are likely to only pursue deals that could help them on the margins,” wrote Sam Amick of The Athletic. “Even with the stretch of six losses in nine games entering the break, they’re only four games back of Utah for the top spot in the West and fully intend to make a second-half surge.”

In addition, the team is reportedly not considering trade guard Lou Williams.

“There has been, however, one fascinating revelation on this front as it relates to three-time Sixth Man of the Year Lou Williams,” wrote Amick. “Though he was known to be very available in the offseason, after his on-court struggles in the bubble and the Magic City distraction in Atlanta complicated matters for the Clippers during their awful playoff finish, sources say that is not the case now. The combination of Williams’ leadership and much-improved play after his early-season slump have gone a long way toward re-establishing his pivotal place in their program.”

Williams, 34, was reportedly on the trading block earlier this year.

The veteran’s production has dropped off this season. He’s collecting 12.5 points, 3.7 assists and 2.3 rebounds per game this season.

Yet, it appears the Clippers have realized how much value the prolific backup brings them in intangible ways. After all, the journeyman has played for the Clippers since 2017.

The guard recently insinuated he would retire if the Clippers traded him.

The Clippers hold a 24-14 record. They’re the No. 4 seed in the Western Conference.