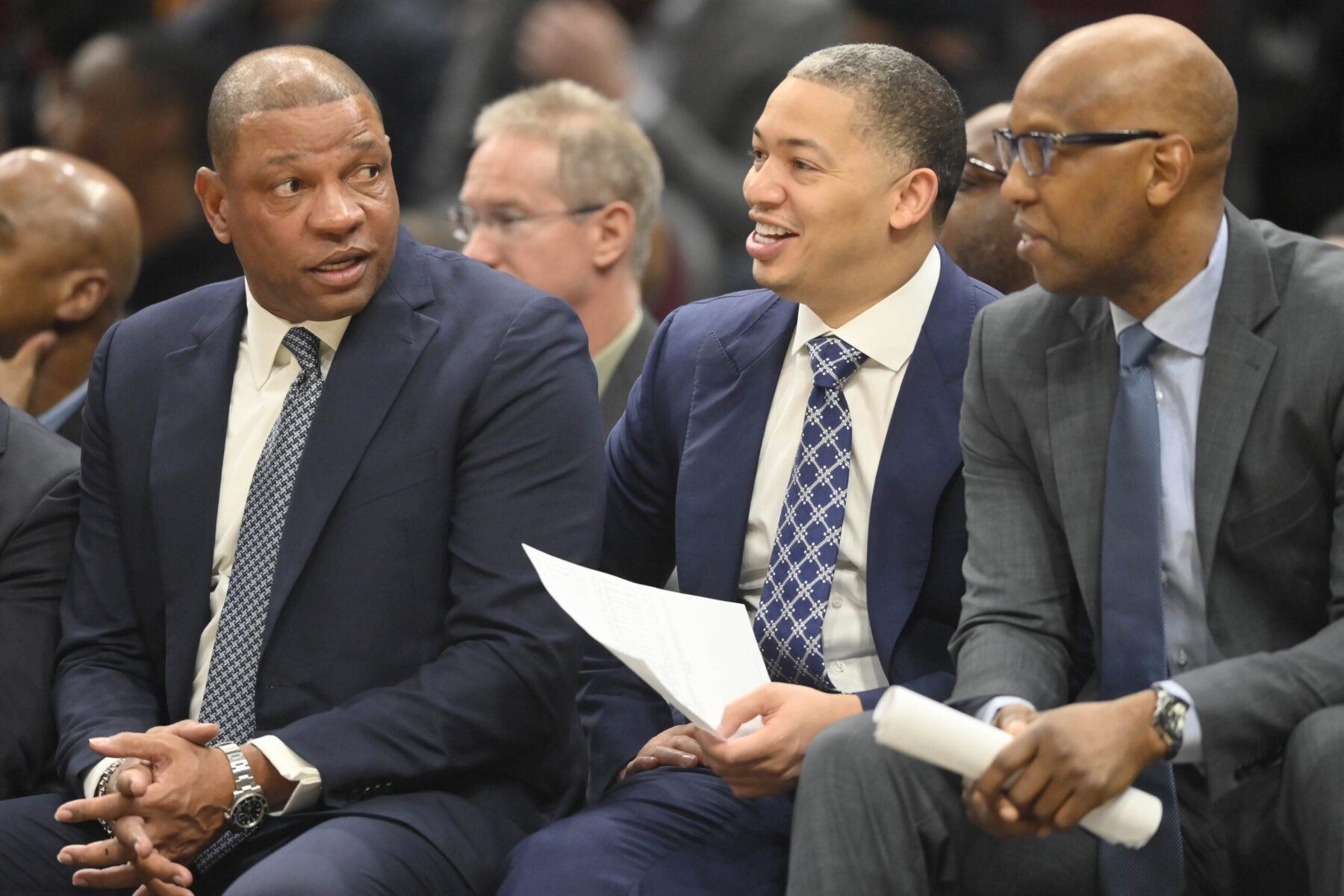 In a surprising twist following an epic playoff collapse, the Los Angeles Clippers have parted ways with longtime head coach Doc Rivers. Now that Rivers is out as the head coach, the search begins for his successor in Los Angeles.

The obvious choice for Rivers’ replacement is Clippers assistant coach Tyronn Lue, and it turns out he is one of the favorites to get the job along with Jeff Van Gundy.

Doc Rivers had two years left on his contract, sources tell ESPN. This is a challenging coaching search for Clippers, who are the ultimate win-now team. Among top candidates in the marketplace: Clippers assistant Ty Lue and former Rockets and Knicks coach Jeff Van Gundy. https://t.co/Ov02RYNbK9

Before the Clippers parted ways with Rivers, Lue was a popular name for vacant coaching jobs around the league. The Philadelphia 76ers were rumored to be considering Lue along with former Houston Rockets head coach Mike D’Antoni.

With the Clippers now having a vacancy and Lue having relationships with the players in Los Angeles, it would be an easy transition for the 43-year-old.

However, Van Gundy has also been a popular name mentioned to be in the running for head coaching jobs in the NBA. Van Gundy hasn’t coached in the league since 2007 when he was the head coach of the Rockets.

Both Lue and Van Gundy have the resumes to make an intriguing case for the Clippers. Van Gundy has gone through his fair share of battles as the head coach of the Rockets and New York Knicks while Lue won a title as LeBron James’ head coach with the Cleveland Cavaliers during the 2015-16 NBA season.

The Clippers will almost certainly do their due diligence to find their next head coach as the team now possesses the most desirable head coaching job in the league with a championship-caliber roster headlined by Kawhi Leonard and Paul George.