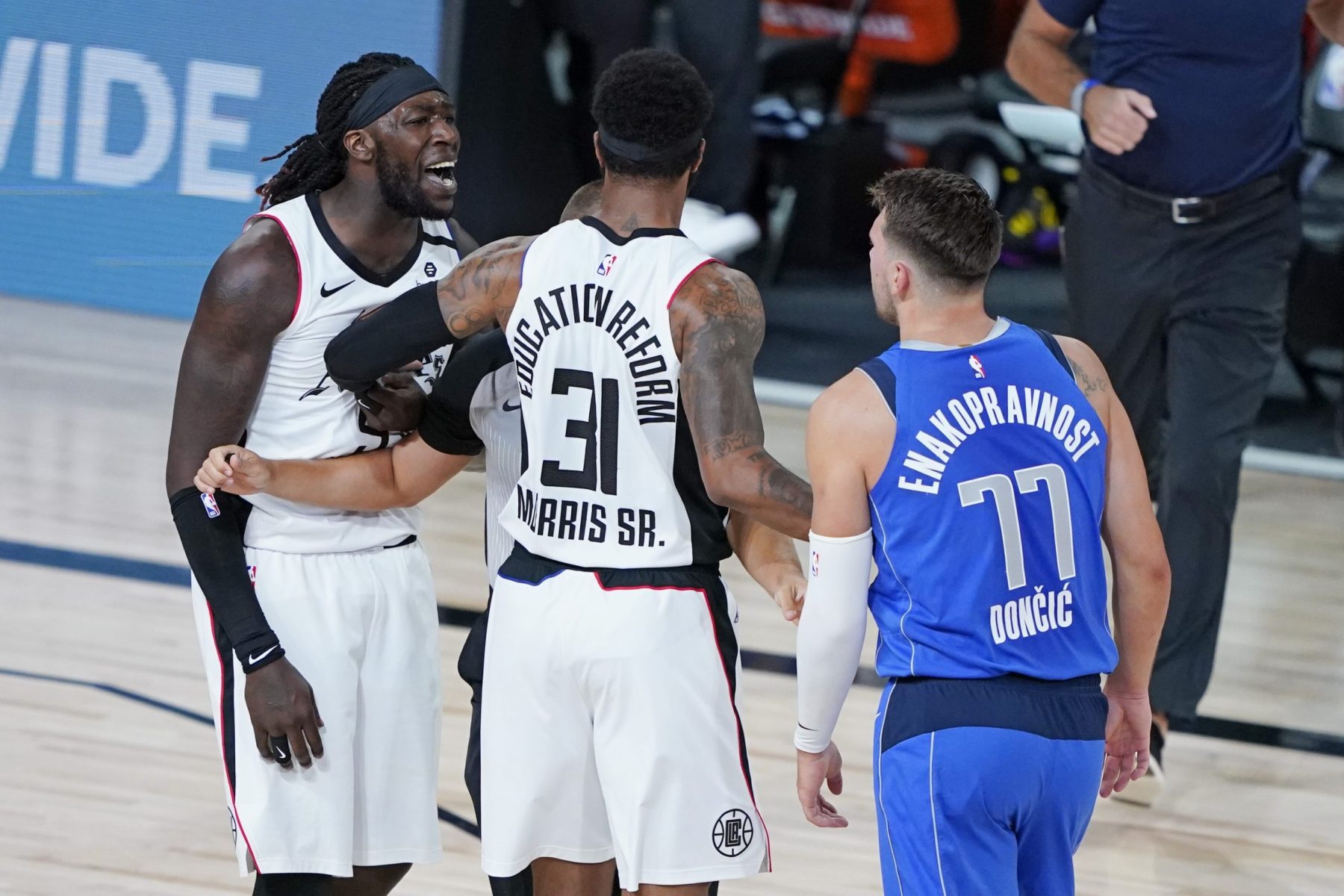 Some fireworks are starting to go off in the first-round playoff series between the Dallas Mavericks and Los Angeles Clippers.

After L.A. forward Montrezl Harrell scored a layup with 5:17 left in the first quarter of Game 3, he yelled “’b—- a– white boy” at Mavs superstar Luka Doncic while running back on defense.

Harrell is one of several players who give the Clippers an edge few teams, if any, in the NBA can match. He’s also largely responsible for the team having perhaps the best bench in the league.

Perhaps Harrell was still fuming over an incident earlier in the first quarter when he fouled Mavs big man Kristaps Porzingis, only to have Luka Doncic take exception.

Luka has some words for the Clippers 👀 pic.twitter.com/ht4g9KpxTc

The extracurriculars continued, as Harrell got tripped up by Doncic and fell to the ground with 4:27 left in the period. Both were called for a double foul as a result, and shortly afterward, Doncic told Harrell to “stop flopping.”

With the series tied at one game apiece, both teams are fighting for control of the series moving forward.