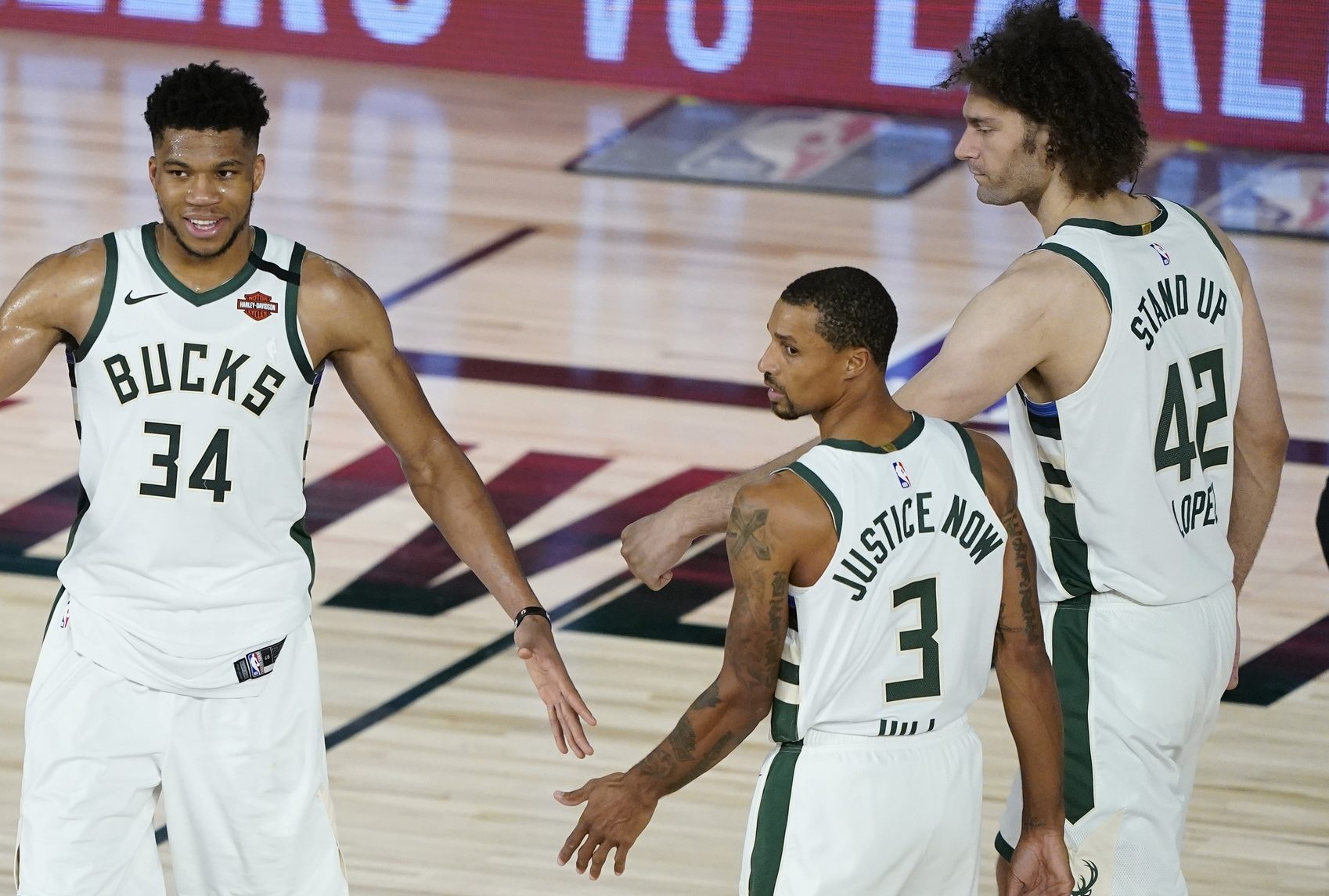 The Milwaukee Bucks are well on their way to advancing to the second round of the 2020 NBA Playoffs, but veteran George Hill seems to be lamenting his decision to enter the bubble in Orlando, Fla.

Hill spoke emotionally in the wake of the police shooting of Jacob Blake over the weekend.

George Hill calls for social justice after the police shooting of Jacob Blake in Wisconsin. pic.twitter.com/Ux9DXqERr3

“We can’t do anything,” he said when asked what Bucks players can do given the fact that the shooting took place in their hometown state of Wisconsin. “First of all, we shouldn’t have even came to this damn place, to be honest. I think coming here just took all the focal points off what the issues are. But we’re here, so it is what it is. We can’t do anything from right here, but I think definitely when it’s all settled, some things need to be done.”

Hill went on to say that he believes that both American policing and society have to see changes in order for circumstances to improve for Black Americans.

“Lives are being taken as we speak, day in and day out,” he said. “There is no consequence or accountability for it. That’s what has to change.”

Hill’s sentiment is powerful and understandable. It is quite likely that many NBA players are wrestling with their involvement in the season’s restart as police brutality continues to make headline news.

Still, Hill is having an impact just from speaking out. Hopefully, his words remind fans all over the world that so much work is left to be done.