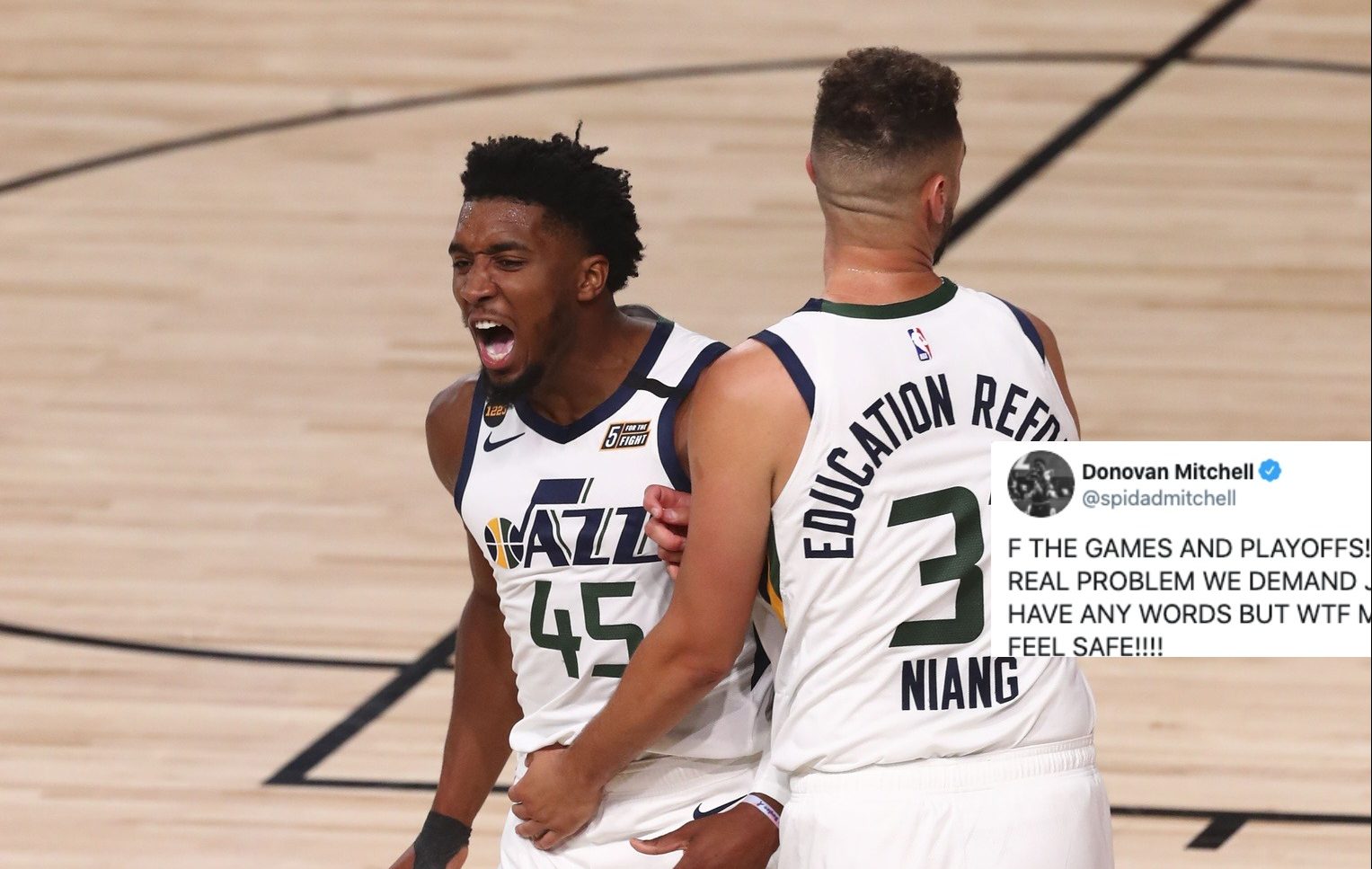 Utah Jazz guard Donovan Mitchell offered an angry social media comment in response to the Sunday shooting of an African-American man by police in Kenosha, Wis.

F THE GAMES AND PLAYOFFS!!! THIS IS SICK AND IS A REAL PROBLEM WE DEMAND JUSTICE! ITS CRAZY I DONT HAVE ANY WORDS BUT WTF MAN! THIS IS WHY WE DONT FEEL SAFE!!!! https://t.co/3E4Dd2wS3e

The shooting of Jacob Blake came in the wake of police responding to a domestic disturbance. Blake was severely wounded from multiple shots to the back and remains in serious condition.

As a result of the shooting, protests erupted in Kenosha and have also led to a flood of comments on social media.

The shooting is the latest incident involving police firing on an unarmed Black man. Earlier this year, the killing of George Floyd led the NBA and league’s players to create greater awareness of issues like systemic racism and police brutality.

Mitchell’s anger came after he put together a remarkably clutch performance and led the Jazz to a 129-127 win over the Denver Nuggets in Game 4 of their playoff series.

Contributing 51 points, seven assists and four rebounds, Mitchell also hit some key baskets down the stretch to help the Jazz take a 3-1 lead in their best-of-seven series.

The Jazz will look to close out their series on Tuesday and advance to the second round of the NBA postseason.