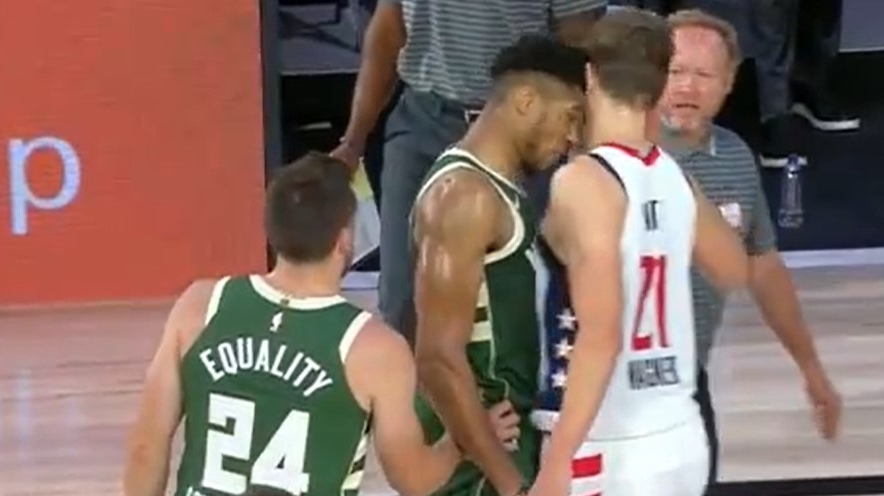 Giannis Antetokounmpo and the Milwaukee Bucks were playing against the Washington Wizards in a fairly meaningless game on Tuesday night, but that didn’t stop the defending MVP from getting ejected from the game.

The incident occurred in the second quarter of the game after Antetokounmpo was called for an offensive foul.

The incident earned him a Flagrant 2 foul and an ejection from the game.

This does not mark the first time that the Bucks star has gotten a little too excited while playing in the NBA’s bubble in Orlando, Fla.

Perhaps it is just playoff intensity bubbling up as the defending MVP looks to lead his team to an NBA title this season.

Antetokounmpo finished the game with 12 points and nine rebounds in 10 minutes of playing time.