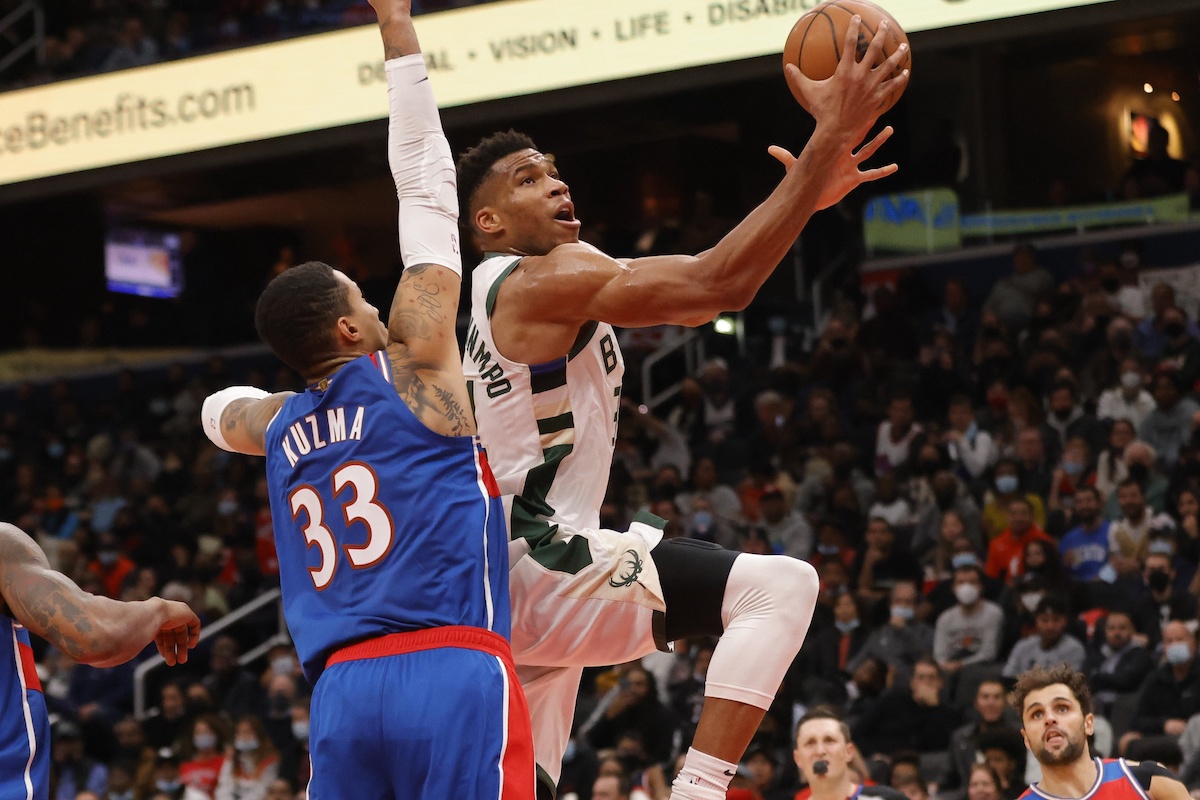 Milwaukee Bucks superstar Giannis Antetokounmpo is one of the toughest players to guard in the NBA.

Kyle Kuzma of the Washington Wizards recently explained on Twitter why it is “annoying as hell” to cover the two-time MVP.

Antetokounmpo is known for giving it his all in every game. His competitive approach in addition to his strength and agility allow him to often barrel down the lane with ease and score inside.

In fact, he has converted on 77.3 percent of his field-goal attempts within three feet of the basket since the start of the 2016-17 season, which was his first All-Star season. Since the beginning of that season, he has averaged 27.3 points per game.

Perhaps what makes Antetokounmpo even more difficult to guard is his playmaking ability. When opponents send him double teams, he has displayed an ability to find the open man. In the past six regular seasons, he has dished out 5.5 assists per contest.

When he first came into the league as the No. 15 overall pick in the 2013 NBA Draft, the Greece native sported a wiry frame. However, he has transformed his body since then, becoming one of the most dominant players in the NBA.

Antetokounmpo is looking to lead Milwaukee to its second consecutive title in the 2021-22 campaign. Last season, the Bucks defeated the Phoenix Suns in the 2021 NBA Finals to capture their first championship since 1971.

Milwaukee’s attempt at a two-peat hit a snag early in the 2022 playoffs when it lost All-Star Khris Middleton to a sprained MCL in Game 2 of its first-round series against the Chicago Bulls. But several players have stepped up in his absence, and the Bucks are now one win away from reaching the second round.