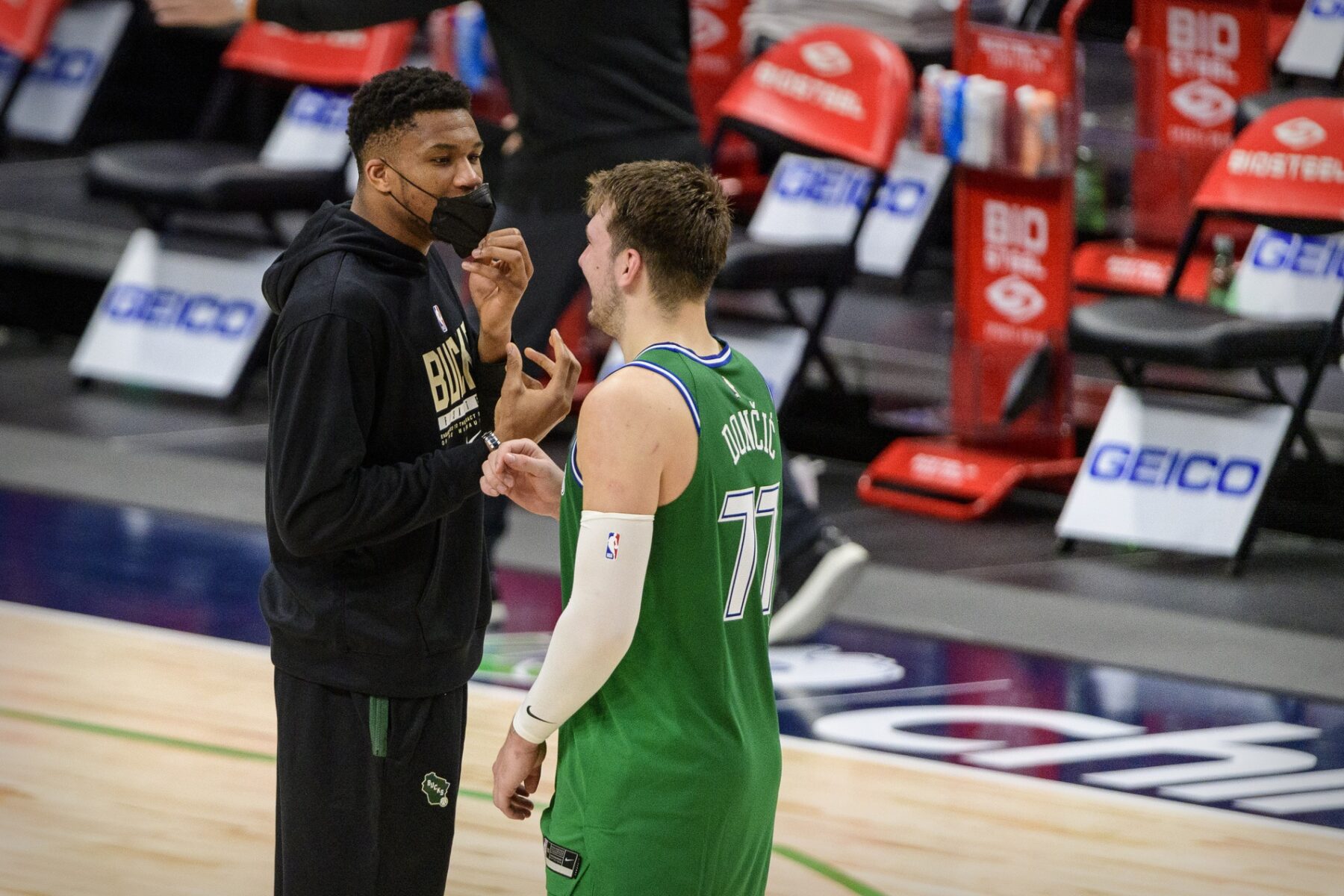 Prior to the Milwaukee Bucks signing of Giannis Antetokounmpo to a lucrative contract extension, NBA executives reportedly were fearful that Antetokounmpo would team up with Dallas Mavericks superstar Luka Doncic.

ESPN’s Zach Lowe looked at the Milwaukee Bucks’ struggles on offense in their playoff series against the Brooklyn Nets, noting the near move of Antetokounmpo while indicating that he needs to adjust his overall game approach for the Bucks to succeed.

“Perhaps the follow-on issue is that version of Antetokounmpo — as much finisher as initiator — requires an elite creator closer to his level,” Lowe wrote. “(This is why rival executives lived in abject terror before Antetokounmpo signed his supermax over the spectre of Antetokounmpo joining Luka Doncic with the Dallas Mavericks.)”

One of the chief reasons why the prospect of Antetokounmpo and Doncic joining forces is scary is because both are still young players who are already performing at an elite level.

Those executives no doubt flashed back to the Miami Heat’s signing of LeBron James and the Golden State Warriors’ signing of Kevin Durant in 2016. In each instance, both franchises went on to win a pair of NBA titles and gave every appearance of being a juggernaut.

Antetokounmpo doesn’t turn 27 until December and has already won the Most Valuable Player award twice, while the 22-year-old Doncic seems destined to follow in those footsteps after three outstanding seasons.

The idea of Antetokounmpo and Doncic wearing the same uniform might have only been a fleeting concern, but it’s clear that the fear of additional superstar collaborations in the future makes for some nervous feelings among NBA executives.