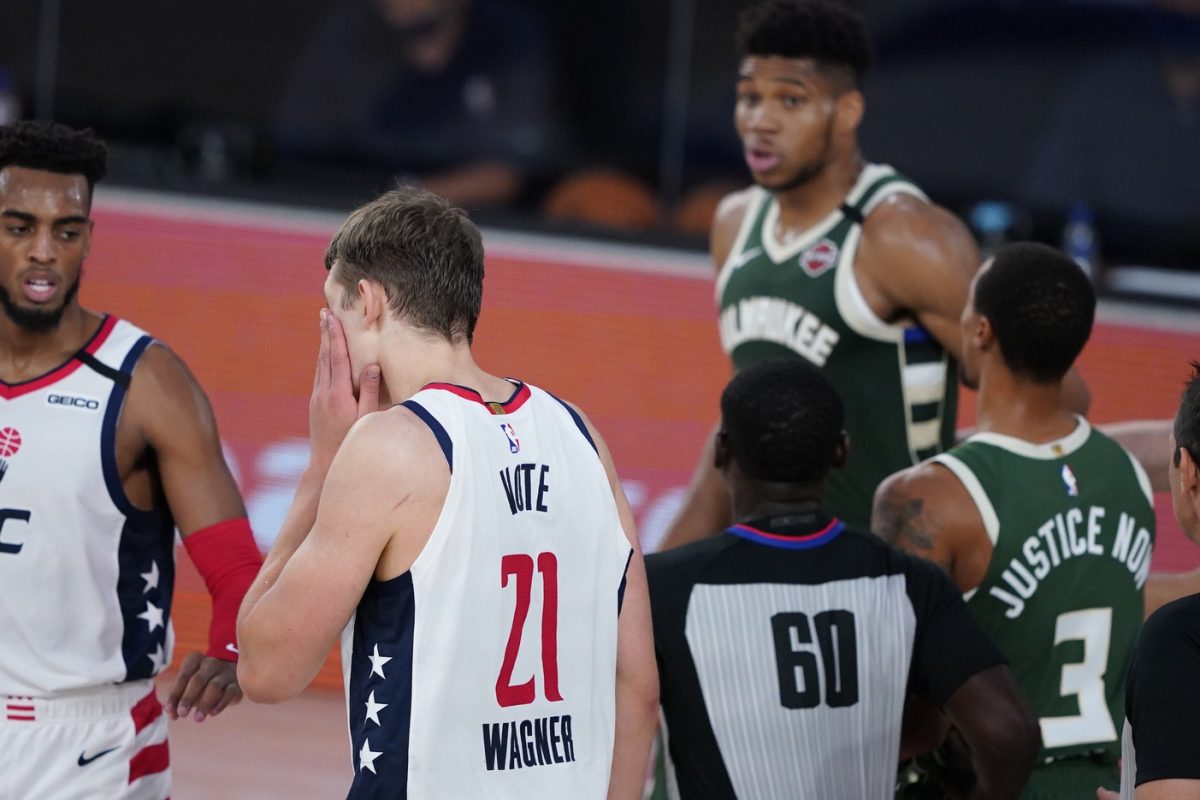 The NBA is suspending Milwaukee Bucks reigning MVP Giannis Antetokounmpo for the team’s final seeding game of the resumed 2019-20 season.

Antetokounmpo, 25, is being suspended because he headbutted Washington Wizards big man Moe Wagner during an altercation on Tuesday.

Fortunately, Antetokounmpo’s absence won’t affect the Bucks much since they have clinched the top seed in the NBA.

The absence will serve as a nice breather for the superstar before the Bucks kick off the playoffs, though he will have to pay a hefty price for the punishment.

The international standout is having a terrific year. He is posting 29.5 points, 13.6 rebounds and 5.6 assists per game.  The phenom is a strong candidate to win the MVP award and Defensive Player of the Year award for the 2019-20 campaign.

The Bucks take on the Memphis Grizzlies on Thursday.