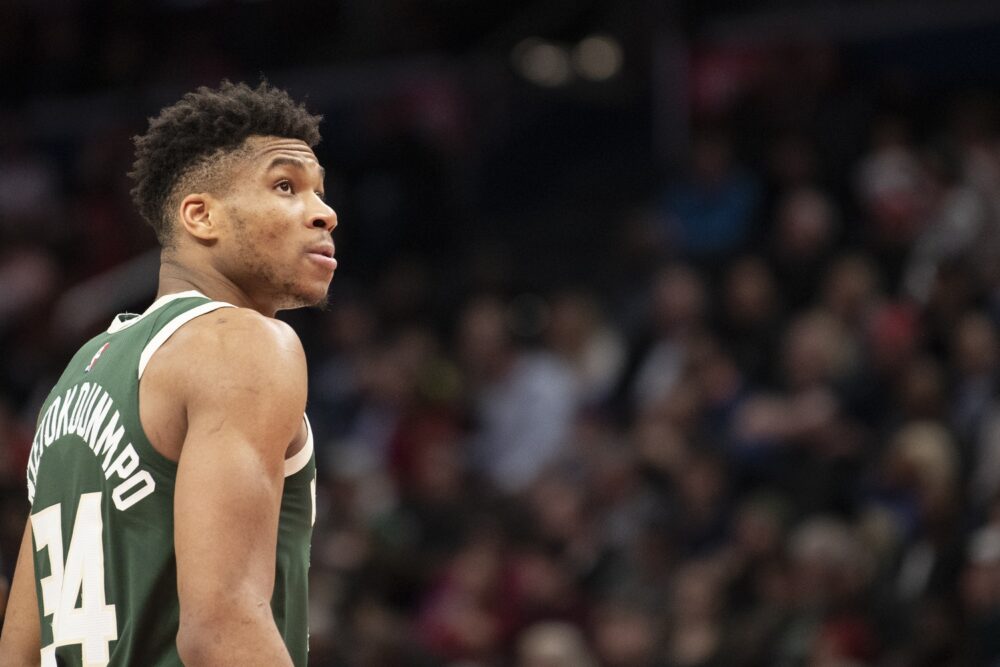 Despite the chatter that Giannis Antetokounmpo won’t stay with the Milwaukee Bucks, NBA agents who took part in a recent survey almost exclusively believe that the superstar forward will stay with his current team.

In the survey conducted by The Athletic, writers Ben Standig, Mike Vorkunov and others offered the responses of 20 agents who were asked their opinions on a variety of NBA topics. Regarding Antetokounmpo’s future in Milwaukee, 18 of those agents said that he’ll remain there.

Antetokounmpo won’t become a free agent until the end of next season. However, he could sign an extension with the team far before his current contract actually expires.

One of the agents said that Antetokounmpo hasn’t given the impression that he’s planning to depart Milwaukee.

“Everything he says publicly is that he’s staying,” said the agent. “I tend to believe, but I know these things can change quickly. These are humans, not machines; 70% chance he stays, but he’s waiting to see what they do.”

Another agent indicated that the Bucks’ ability to improve the team as a whole will likely play a huge role in Antetokounmpo’s ultimate decision.

“I think he’s just going to play this contract out for next year, and then he’s going to give Milwaukee every opportunity to build talent around him,” said an agent. “I think his natural inclination would be to stay and I think most of the pressure would be from the exterior that he’s going to react to. People think that he’s in a better place. The other part is he’s going to have to shoot the ball better. But they’ve got to get some shooters around him, that’s for sure.”

The Bucks finished with the best record in the NBA for the 2019-20 regular season, but were then eliminated in five games by the Miami Heat in the Eastern Conference semifinals.

While Antetokounmpo won his second straight MVP award this past season, the bitter taste of the postseason defeat is something that figures to drive him over the course of the next campaign.

Right now, Antetokounmpo figures to be in a Bucks uniform whenever next season gets underway. In the meantime, Milwaukee’s management, his teammates and Bucks fans are all hoping that the predictions offered by the aforementioned agents prove to be accurate.