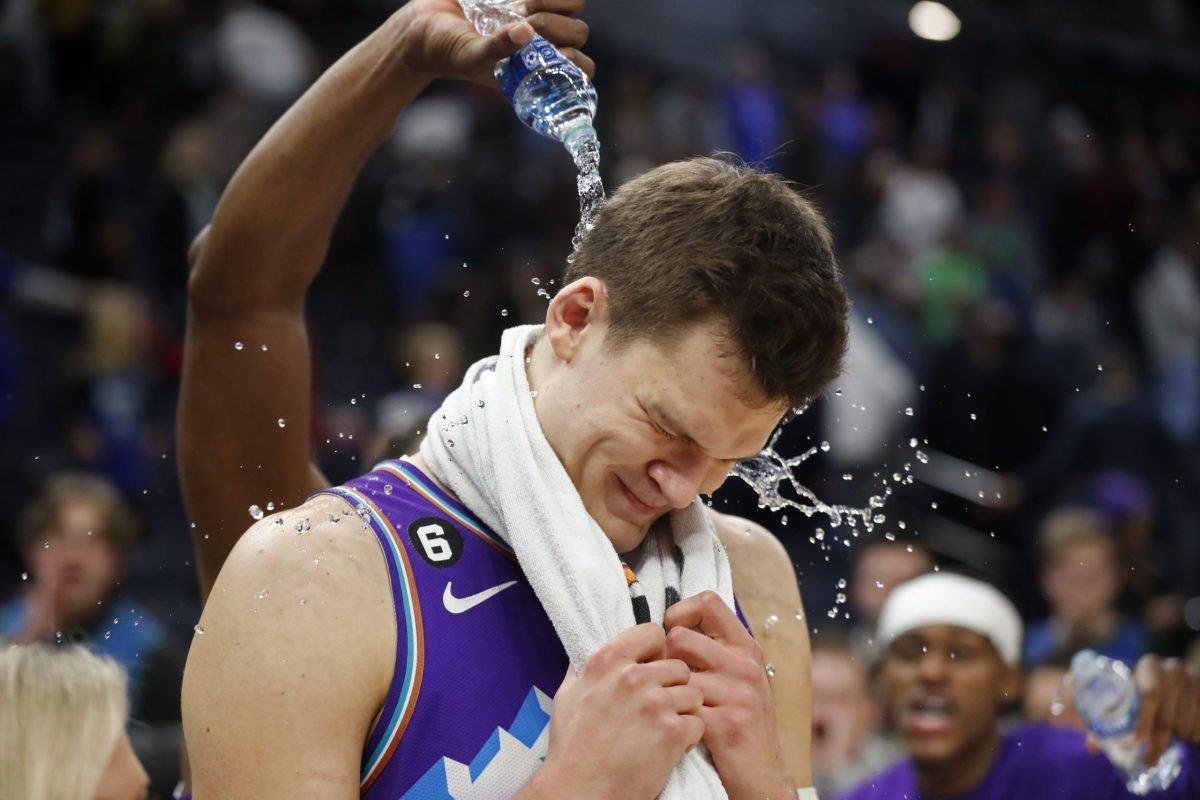 In discussions that resulted in the deal for center Rudy Gobert, the Minnesota Timberwolves originally were reluctant to give up rookie Walker Kessler in the blockbuster transaction.

Tony Jones of The Athletic noted how the Utah Jazz kept pushing for the inclusion of Kessler, who’s quickly shown why he was so highly pursued by the team.

“The Wolves didn’t want to include him in the trade to Utah, and the Jazz lobbied for him to be in the deal,” wrote Jones. “Minnesota, even knowing it would trade for Gobert, had high hopes for Kessler.”

Kessler was the 22nd player taken overall, though it was the Memphis Grizzlies who drafted him. However, the rookie was sent to the Timberwolves, who then made him part of the Gobert deal.

In 44 games with the Jazz this season, Kessler has started 10 games. His numbers of 7.5 points and 7.2 rebounds per game might not get a great deal of attention, but they have helped the Jazz remain a competitive team.

Despite being considered to be in rebuilding mode, the Jazz have a 23-24 record on the year. That winning percentage is the same as the 22-23 Timberwolves, who were expected to make a stronger bid toward the postseason.

Even though Kessler is just 21 years old, he’s already showing signs of developing into another of the NBA’s young superstars.

On Monday, the Timberwolves were on the receiving end of Kessler’s talents and dropped a 126-125 decision at home to the Jazz. In the contest, Kessler delivered a rare 20-20 performance as he scored 20, grabbed 21 rebounds and also added four assists and two blocks.

That success has emerged more frequently in the past five games, with Kessler collecting a trio of double-doubles and narrowly missing on another.

On the defensive side, Kessler is also developing into a shot-blocking talent. In a Jan. 8 loss to the Grizzlies, he swatted away six shots, then had seven blocks in the Jazz’s win over the Orlando Magic last Friday night.

When the Timberwolves made their deal for Gobert, they were hoping for immediate success that hasn’t really come to pass. The fear for them is that as Kessler’s career continues to blossom, they could end up regretting the trade.