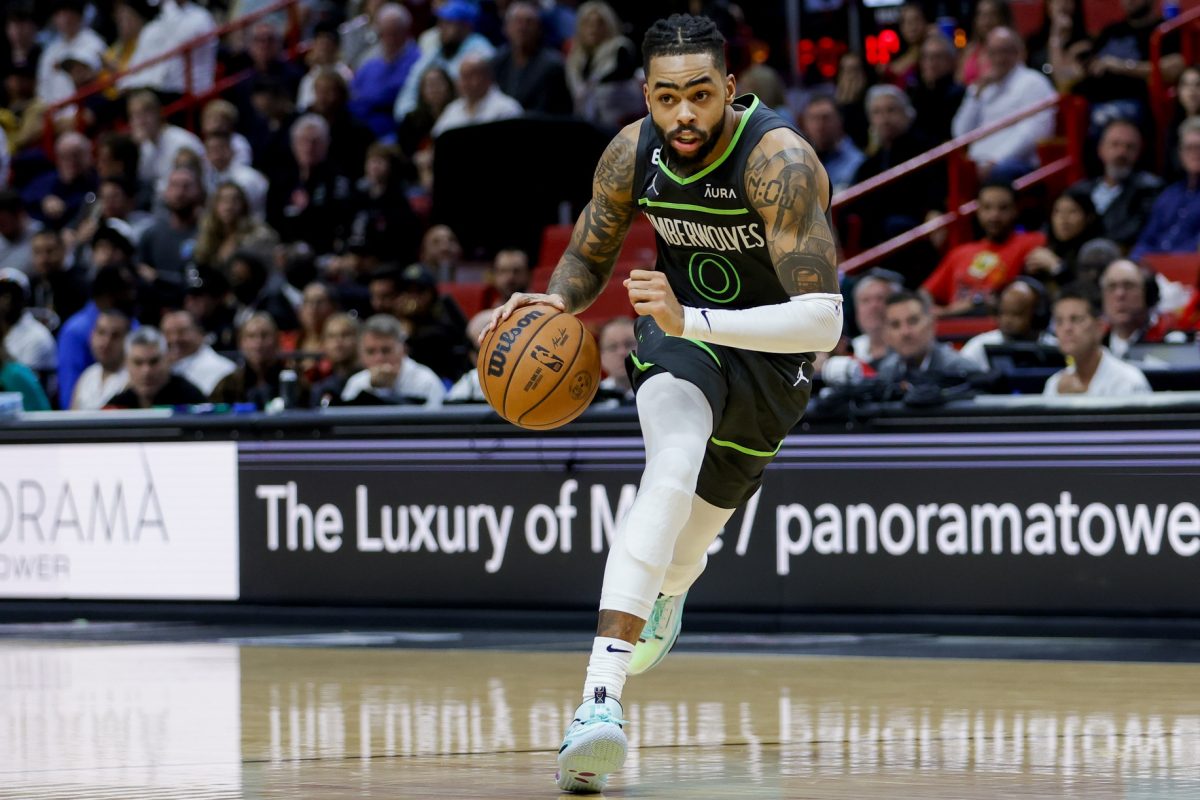 The Minnesota Timberwolves are reportedly looking at point guard options as they seek trade possibilities for D’Angelo Russell.

Shams Charania of The Athletic explored the variety of NBA trade rumors currently circulating and touched on the Timberwolves’ situation with Russell.

“The Timberwolves have a major decision to make with D’Angelo Russell, who is on an expiring $31.3 million contract with no signs of an extension,” wrote Charania. “The team would lose his salary slot if he leaves as a free agent, so Minnesota has been exploring trade possibilities for Russell while prioritizing another point guard, sources said.”

Russell turns 27 next month and is making just under $31.4 million this season. He’s currently in his fourth season with the Timberwolves after previously playing for three different teams.

Over the course of his career, Russell has generally been a consistent scorer. He entered the NBA as the No. 2 overall pick in the 2015 NBA Draft.

The Los Angeles Lakers made that selection and then dealt Russell to the Brooklyn Nets two years later. In 2019, Russell was sent to the Golden State Warriors as part of a sign-and-trade in the Nets’ acquisition of Kevin Durant.

In February 2020, the Warriors sent Russell to the Timberwolves, who gave up Andrew Wiggins as part of the overall trade package.

Since joining the Timberwolves, Russell has averaged 18.3 points, 6.5 assists, 3.2 rebounds and 1.0 steal per game. His numbers this season have largely mirrored his past contributions.

There’s no indication of exactly which point guards the Timberwolves could be pursuing. The team itself has been something of a disappointment this season with a current record of 22-23.

That disappointment stems in part from the promise the Timberwolves showed last season. After finishing 46-36 in the 2021-22 regular season, the team put up a stiff six-game battle in the first round of the playoffs against the Memphis Grizzlies.

Then, during the offseason, the Timberwolves pulled off a blockbuster deal in which they sent a huge trade package to the Utah Jazz in exchange for center Rudy Gobert.

This season’s NBA trade deadline is Feb. 9, which gives the Timberwolves less than a month to find a partner willing to acquire Russell. It remains to be seen if they’ll also be able to find a point guard to add to their roster.

For now, the Timberwolves will focus on their next game, which is a road clash against the Denver Nuggets on Wednesday night.