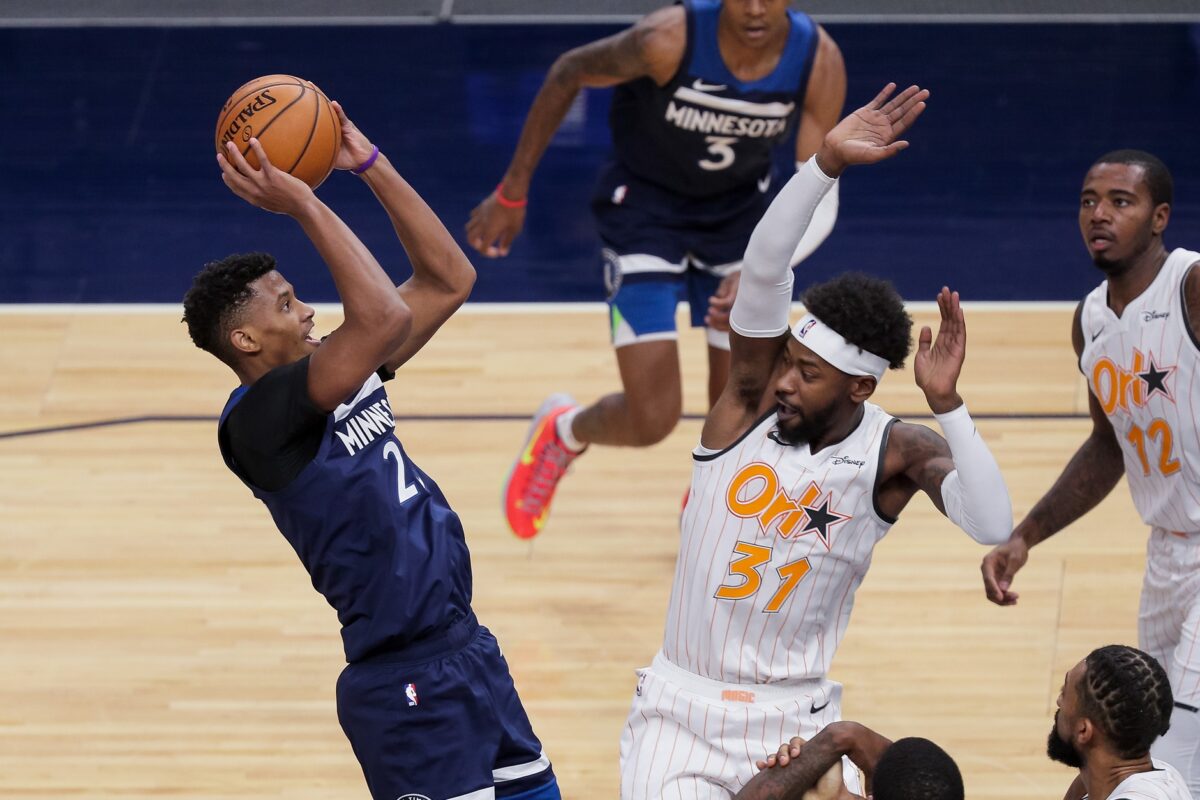 After just two seasons in the NBA, Minnesota Timberwolves guard Jarrett Culver is already being looked upon as trade bait as the Wolves continue their rebuilding efforts.

Darren Wolfson of the “Skor North” podcast indicated that while Culver’s likely to be available this offseason, his limited production may make it difficult to find another team that wants to acquire him.

“He is very much trade bait,” Wolfson said of Culver. “The Wolves are not married to having Jarrett Culver on the roster next season, but it’s not like a lot of teams are knocking down the walls door to trade for Jarrett Culver.”

Culver was originally drafted by the Phoenix Suns with the sixth overall pick of the 2019 NBA Draft, but was then sent to the Timberwolves on draft night in exchange for Dario Saric and Cameron Johnson. The deal was made official later in the offseason.

Despite being a lottery pick, Culver’s statistical numbers have been disappointing and have actually dropped this season.

For the 2020-21 campaign, Culver is averaging just 5.3 points and 3.1 rebounds per game, numbers that won’t bring a wealth of desirable offers from other teams.

The hope is that one team is hoping to unlock the potential that made Culver a lottery pick, but whether that scenario materializes remains to be seen.