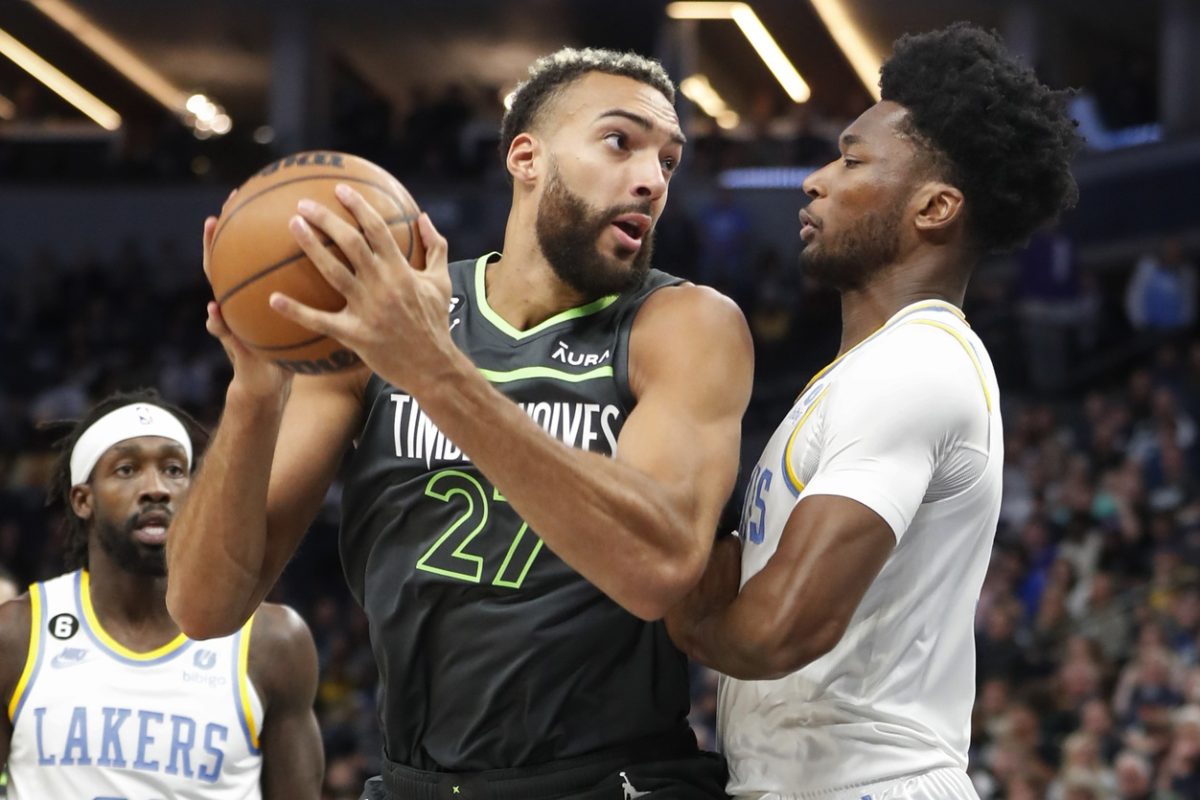 Minnesota Timberwolves center Rudy Gobert has reportedly caused frustration among his teammates, especially because of his turnovers.

Brian Windhorst offered that information (at the 10:07 mark) during his podcast “Brian Windhorst & The Hoop Collective” and noted that Gobert’s performance with the Timberwolves has been a disappointment thus far this season.

“They knew that Gobert had limitations,” Windhorst said. “They didn’t expect him to walk in and everything would be perfect. They knew it was going to take some time. But he has really frustrated the fans there and frustrated his teammates because earlier this season, he kept having turnovers. They would run plays, pick-and-rolls for him and the ball would go through his hands. I don’t have the number in front of me to tell you how many of those turnovers he had, but for the Wolves and their fans, it felt like 100. There was some frustration there and then his defense was good, but wasn’t game-changing like they thought.”

The Timberwolves acquired Gobert from the Utah Jazz in a blockbuster deal during the offseason that showed the team was ready to build toward making a deep playoff run.

After nearly half the season, that hasn’t been the case for the Timberwolves, who have a 16-21 record as they get set to face the Denver Nuggets on Monday night. That record currently has them just outside a potential spot in the play-in competition that’s set for April.

Following a Nov. 23 win over the Indiana Pacers, the Timberwolves had a record of 10-8 and appeared to be geared toward improvement in the weeks and months ahead. Any progress took a major hit just five nights later, when Gobert’s teammate Karl-Anthony Towns went down with a calf injury that continues to sideline him.

Gobert’s turnover problem is nothing really new, with his season average of 1.7 per game matching his career average. On the scoring and rebounding front, he’s averaging a double-double of 13.6 points and 11.9 rebounds per game and is also averaging 1.3 blocks per contest.

Yet, the frustration of having gone 6-13 since that November win against Indiana is clearly surfacing in the reported issues with Gobert’s teammates.

Gobert has never committed more than four turnovers in a game this season. In seven of those games, he had either three or four turnovers, with the Timberwolves winning three of those seven contests.

Given that Gobert’s perceived turnover problem doesn’t seem to be a direct cause for the Timberwolves’ struggles, it appears that there are other problems.

Getting back Towns, which won’t happen until the middle of this month at the earliest, could help wipe away at least some of that frustration. Of course, there’s no guarantee that the return of Towns will get the Timberwolves back on track.

That means that Gobert and his teammates need to work on fixing their on-court chemistry. Having the right recipe might end up changing their collective mindset.