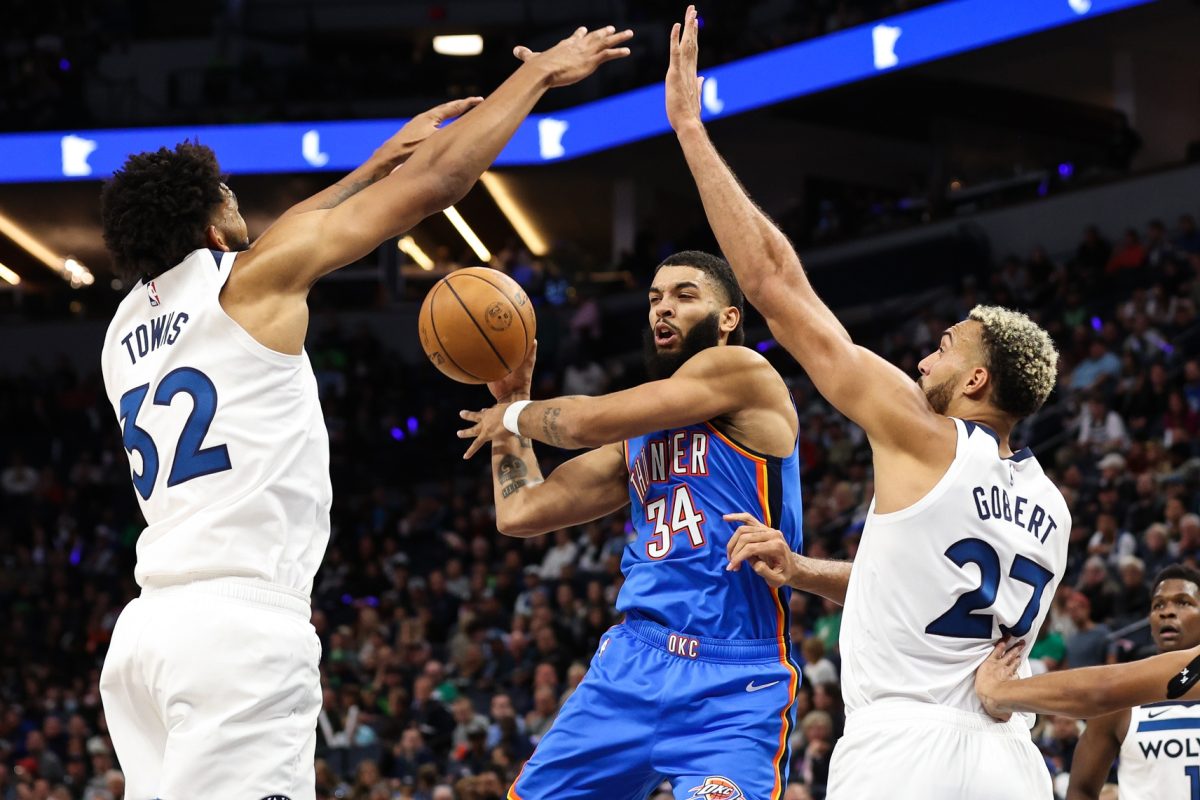 Minnesota Timberwolves center Rudy Gobert noted that while teammate Karl-Anthony Towns has the size of a center, he possesses the talents of a wing player.

Gobert, who joined the Timberwolves in a blockbuster trade during the 2022 NBA offseason, offered his comments about Towns after having shared the court with him over the past few months.

“I don’t really like to call him a center because I don’t think he’s a center,” he said when asked by the New York Times‘ Tania Ganguli about how it’s been to play with another center in Towns. “I think it’s more of a wing in a center’s body. But yeah, it’s been a fun process so far. Obviously, we knew there was going to be some ups and downs, and there is some ups and downs. But KAT has been a great teammate. He’s been a great human.

“People like to focus on the fact that it’s two big men that play together, but there is always a process of adjustment when a player like me joins another team. Building chemistry takes time.”

Towns’ talents have been evident for years, which helps explain why he was the top overall selection in the 2015 NBA Draft.

Now in his eighth season in the league, the 27-year-old Towns quickly made his mark by winning the NBA Rookie of the Year award following the 2015-16 season. He’s also been selected to play in the annual All-Star Game three times.

During Towns’ first four seasons in the NBA, he was one of the league’s most durable players, playing in every game in each of his first three seasons.

That good fortune changed during the interrupted 2019-20 campaign, when he was limited to just 35 games after suffering a wrist injury. The following season, he saw action in just 50 games, in part because he tested positive for the COVID-19 virus.

Last season, Towns’ durability returned when he competed in 74 contests and helped the Timberwolves reach the postseason. However, this season, he’s only played in 21 games because of a painful calf injury.

Yet, Gobert’s assessment rings true when Towns is on the court. Over the course of his career, Towns has averaged a double-double with 23.1 points and 11.2 rebounds per game, while also contributing 3.2 assists and 1.3 blocks per contest.

In addition, Towns’ talents as a long-range shooting threat also make him a threat, despite criticism over that approach. Over his NBA career, he’s connected on 39.3 percent of his shots from beyond the arc, though his success rate has dipped to 32.5 percent this season.

When the Timberwolves acquired Gobert, the team indicated that it was serious about making a deep playoff run. That effort’s been stalled because of Towns’ absence, with the Timberwolves currently holding a 16-19 record.

Right now, the Timberwolves have the 11th-best record in the NBA’s Western Conference, putting them just outside a spot in the play-in competition.