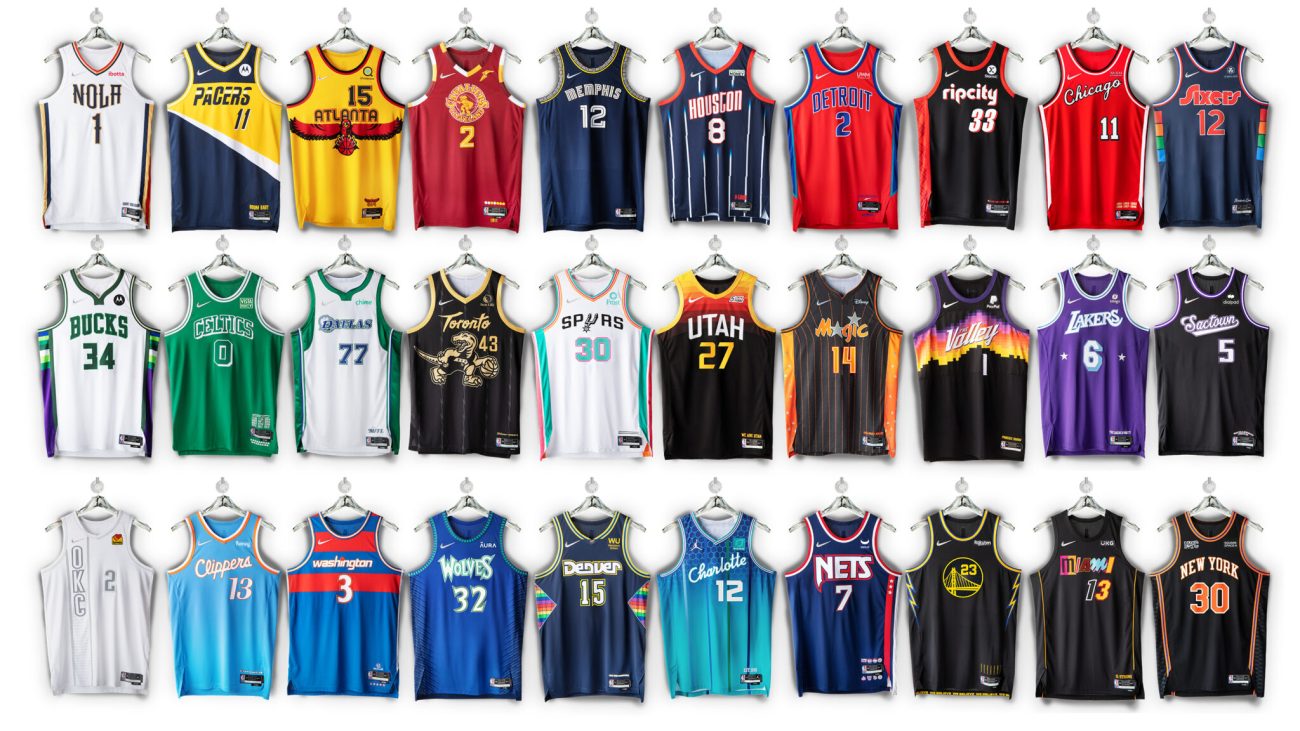 On the 75th anniversary of the NBA’s first game, the league and Nike unveiled this season’s new City Edition uniforms.

Today the NBA and Nike unveiled all-new 2021-22 Nike NBA City Edition uniforms in honor of the NBA’s 75th Anniversary season on the anniversary of the first-ever NBA game played between the New York Knicks and the Toronto Huskies (November 1, 1946). pic.twitter.com/R3JGarjlXN

The tradition of teams creating City Edition uniforms first began several seasons ago. The jerseys are meant to recognize the culture of each particular city.

Some of the uniforms make an effort to maintain a resemblance to the current jerseys being worn by players. However, most offer a different take that are meant to catch the eye of casual fans.

NBA uniforms have evolved considerably since that first game between the New York Knicks and Toronto Huskies in 1946. That includes a wider array of colors being used by the current 30 teams, in contrast to the basic designs of the 11 original franchises.

In the case of the Cleveland Cavaliers, the team is going back to its earliest roots by using the original franchise logo from 1970. Like many other teams, the Cavaliers have changed colors over the years, though they now largely adhere to the original wine and gold jerseys.

The list that was announced last month sparked some controversy and it’s likely that those more attuned to fashion aspects will carefully critique these newest kits. However, more rabid fans are likely to make sure to pick up these new jerseys.

In this article:cleveland cavaliers, featured, NBA