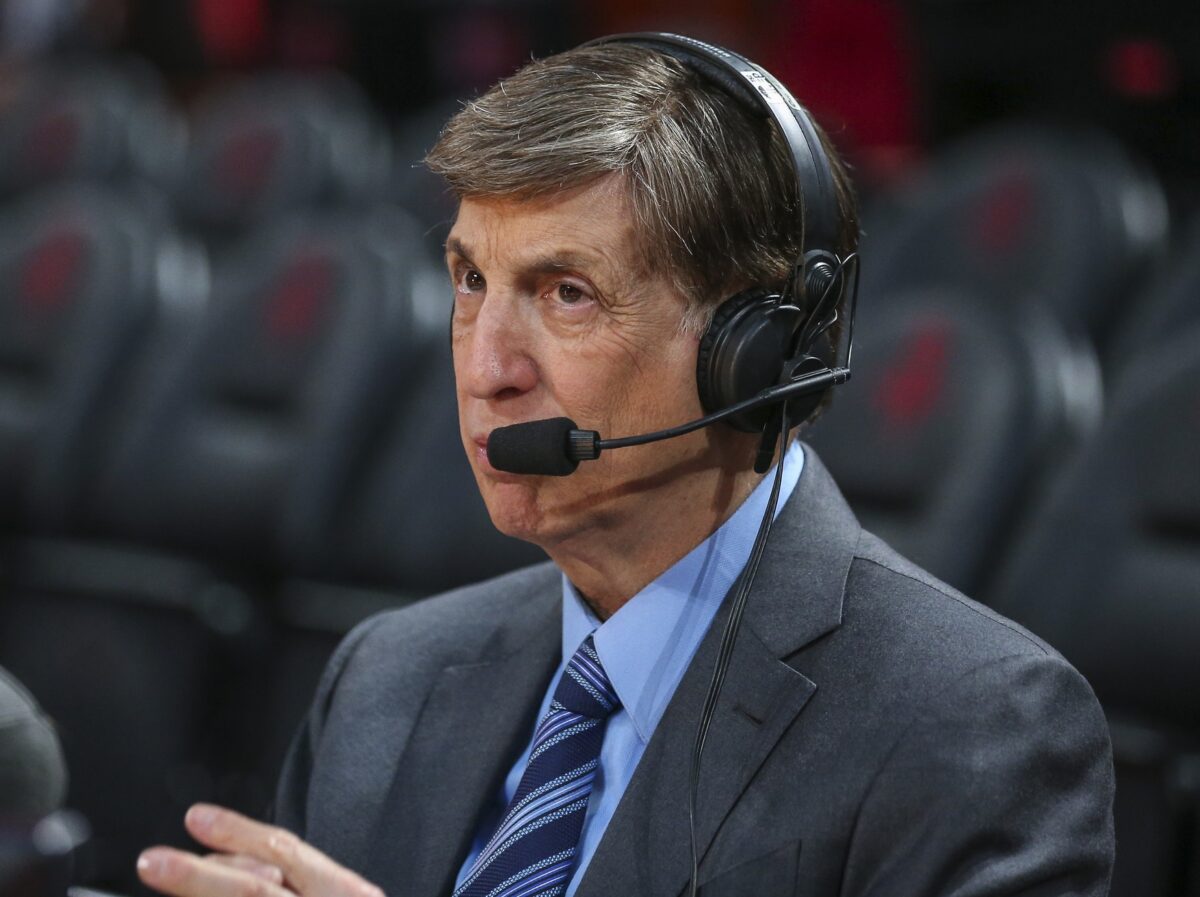 The end of an era will come at the end of this year’s NBA playoffs when longtime broadcaster Marv Albert retires after over five decades at the microphone.

Andrew Marchand and Phil Mushnick of the New York Post relayed the information, even though no official announcement has yet been released.

“Marv Albert will retire at the conclusion of the NBA playoffs, The Post has learned,” wrote Marchand and Mushnick.

“Albert, who will turn 80 next month, has been calling professional games for nearly 60 years and is considered by most the greatest NBA play-by-player of all-time.”

TNT has recently been contacting other broadcasters to pay tribute to Albert’s impact on the game.

Albert has done play-by-play for TNT for over two decades, but did his first game as a 21-year-old broadcaster in 1963, filling in for the legendary Marty Glickman.

Over the ensuing years, Albert also established himself as a legend, serving as a New York Knicks broadcaster before then calling NBA games for NBC.

In recent years, Albert has been working with Chris Webber on TNT games. However, since Webber will not be working for TNT next year, he won’t be working playoff games, though no replacement has been announced.