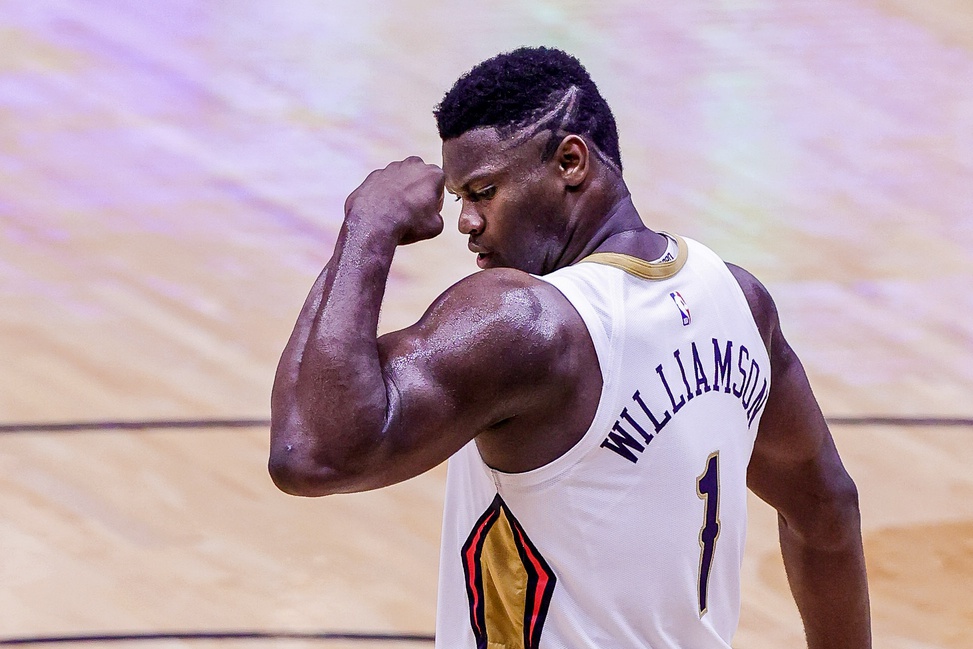 In a recent podcast episode, New Orleans Pelicans executive vice president of basketball operations David Griffin raved about the talent of Zion Williamson and said he’s already among the top 10 players in the NBA.

Griffin noted how Williamson has more than lived up to his status as the top selection in the 2019 NBA Draft.

Griff on the issue of building around Zion: "He's very complicated to build to because he is literally one of one. There is nobody that has his combination of assets. … When we were leaning into Point Zion, I think you saw a player who's already top 10 in this league."

The Pelicans needed some major luck to be in a position to draft Williamson and experienced some angst at the start of the 2019-20 season when Williamson was sidelined by injury.

However, in Williamson’s second season, he averaged 27.0 points, 7.2 rebounds and 3.7 assists. The stats marked major improvements from his first season.

The Pelicans are desperately trying to build around Williamson, especially considering the fact that the team’s former star, Anthony Davis, grew weary of its inability to become a championship-caliber team. He eventually forced a trade to the Los Angeles Lakers.

Griffin has experience building around superstars after serving as general manager for the Cleveland Cavaliers. During Griffin’s time with the team, he was able to build enough talent around superstar LeBron James which led to the Cavs winning one NBA title and reaching the finals in four consecutive years.

Pelicans fans are no doubt hoping that Grifiin is able to repeat that kind of success with Williamson at the center of things.