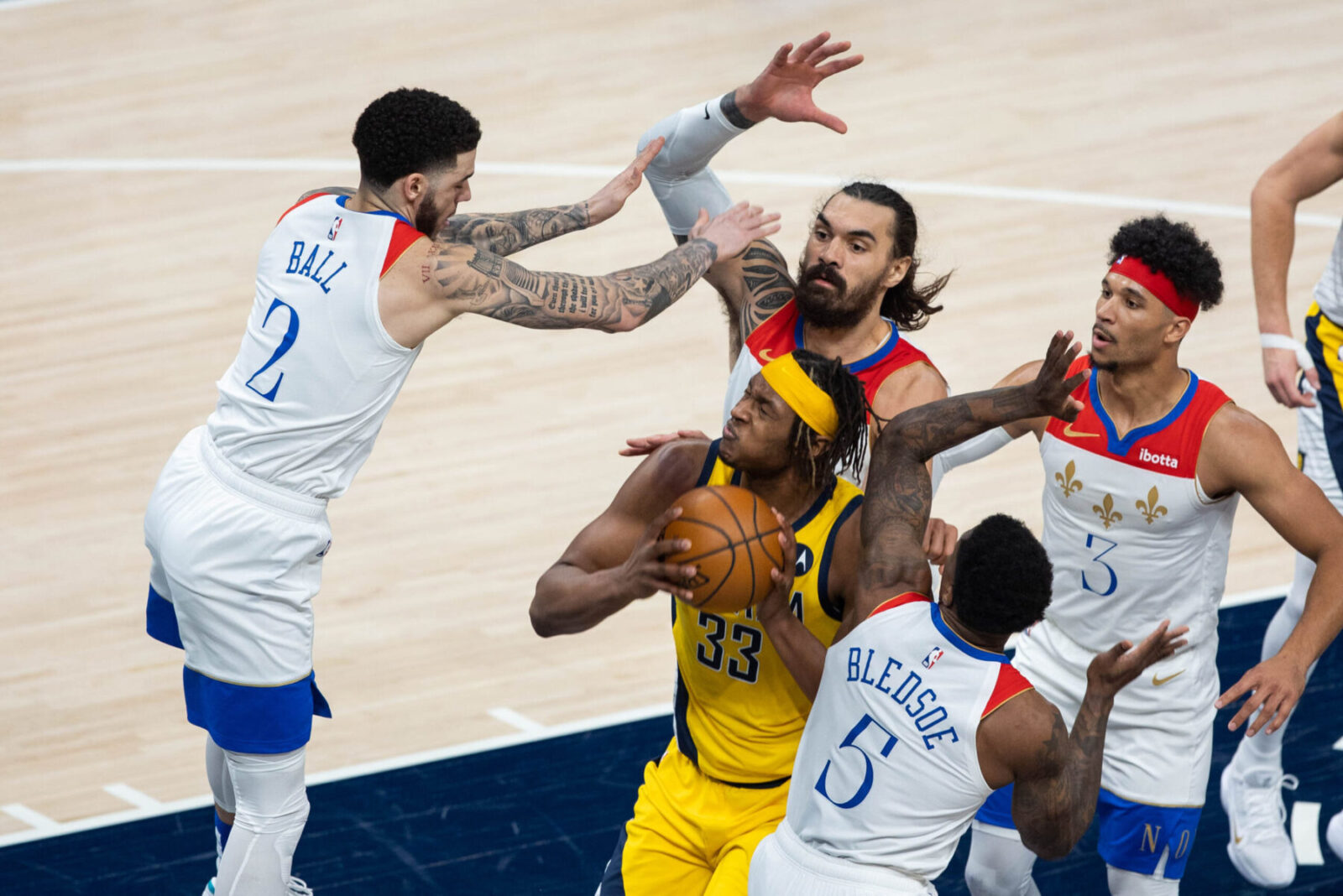 The New Orleans Pelicans and Indiana Pacers have had discussions about a potential Myles Turner trade, according to a recent report.

“The Pelicans and Pacers recently touched base to discuss potential deals and Myles Turner’s name came up in talks,” wrote Ian Begley of SportsNet New York. “It’s unclear if those talks reached an advanced stage, but Turner has drawn interest from several teams. The Ringer reported that Golden State and Indiana had discussed Turner in a potential trade recently.”

Turner’s name seems to be coming up frequently in trade talks this offseason. The 6-foot-11 big man has made a name for himself throughout his six-year stint with the Pacers.

Turner is a solid player on both ends of the floor. He is one of the best rim protectors in the league, and during the 2020-21 season, he led the NBA in blocks per game with 3.4. Overall, he averaged 12.6 points, 6.5 rebounds and 1.0 assist per game during the most recent campaign.

The 25-year-old is under contract for two more seasons and likely has a lot left in the tank. The Pacers have a very solid core with Turner, Malcolm Brogdon, Domantas Sabonis and Caris LeVert, but it sounds like the organization isn’t opposed to breaking it up.

Turner could be a game-changing addition for the Pelicans. If he were to land there, the team would boast a very solid frontcourt that also features young star Zion Williamson.

New Orleans is hoping to crack the playoffs in the 2021-22 season after narrowly missing out this past season.