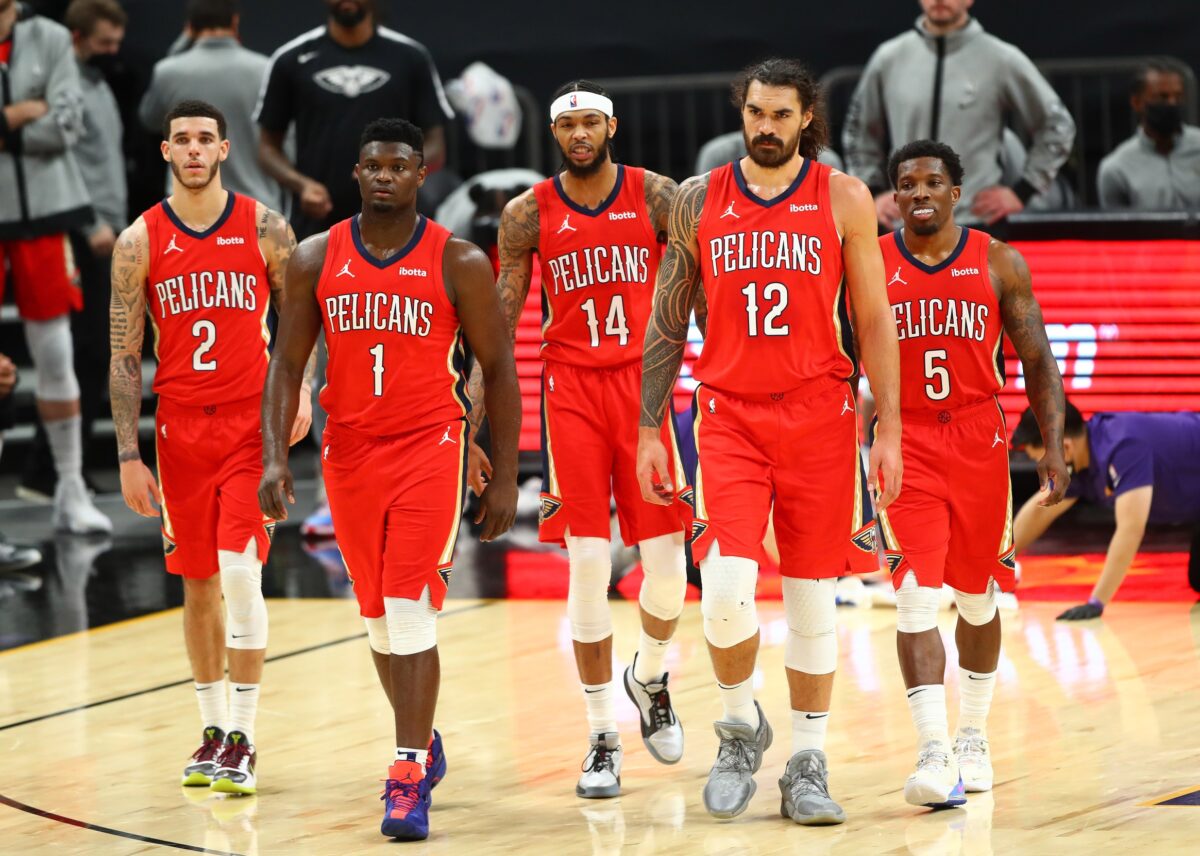 The New Orleans Pelicans are on the hunt for a new coach after splitting with Stan Van Gundy.

It seems like the front office needs to hire a coach who can help the team win now. If not, it could impact the franchise’s time in the city of New Orleans.

The Pelicans are reportedly the team most likely to relocate because of a variety of factors, including the length of their lease with the city and the financial ramifications of being perpetual bottom-dwellers in the standings.

“Speaking of which, ‘this market’ is the third issue,” wrote John Hollinger of The Athletic. “While the Pelicans benefit from being able to share some resources with the NFL’s [New Orleans] Saints (Benson owns both teams), this is not a market that does gangbusters financially. With the team only committed to its lease in The Big Easy through 2024, sources consistently mention New Orleans as the most likely team to seek relocation in the coming decade. To be clear, Benson is deeply connected to New Orleans and not currently seeking to sell, but losing money while finishing in the lottery has not been an enjoyable side venture to the main business of running the Saints.”

Since the New Orleans franchise was established in 2002, it has reached the playoffs just seven times and failed to advance past the conference semifinals.

There have been hopes that the team’s fortunes were turning around, especially since they have young stars Zion Williamson and Brandon Ingram on the roster. But there are also reports that Williamson is unhappy with the organization.

Only time will tell if the Pelicans will indeed move from New Orleans or remain in the city.

In this article:featured, new orleans pelicans