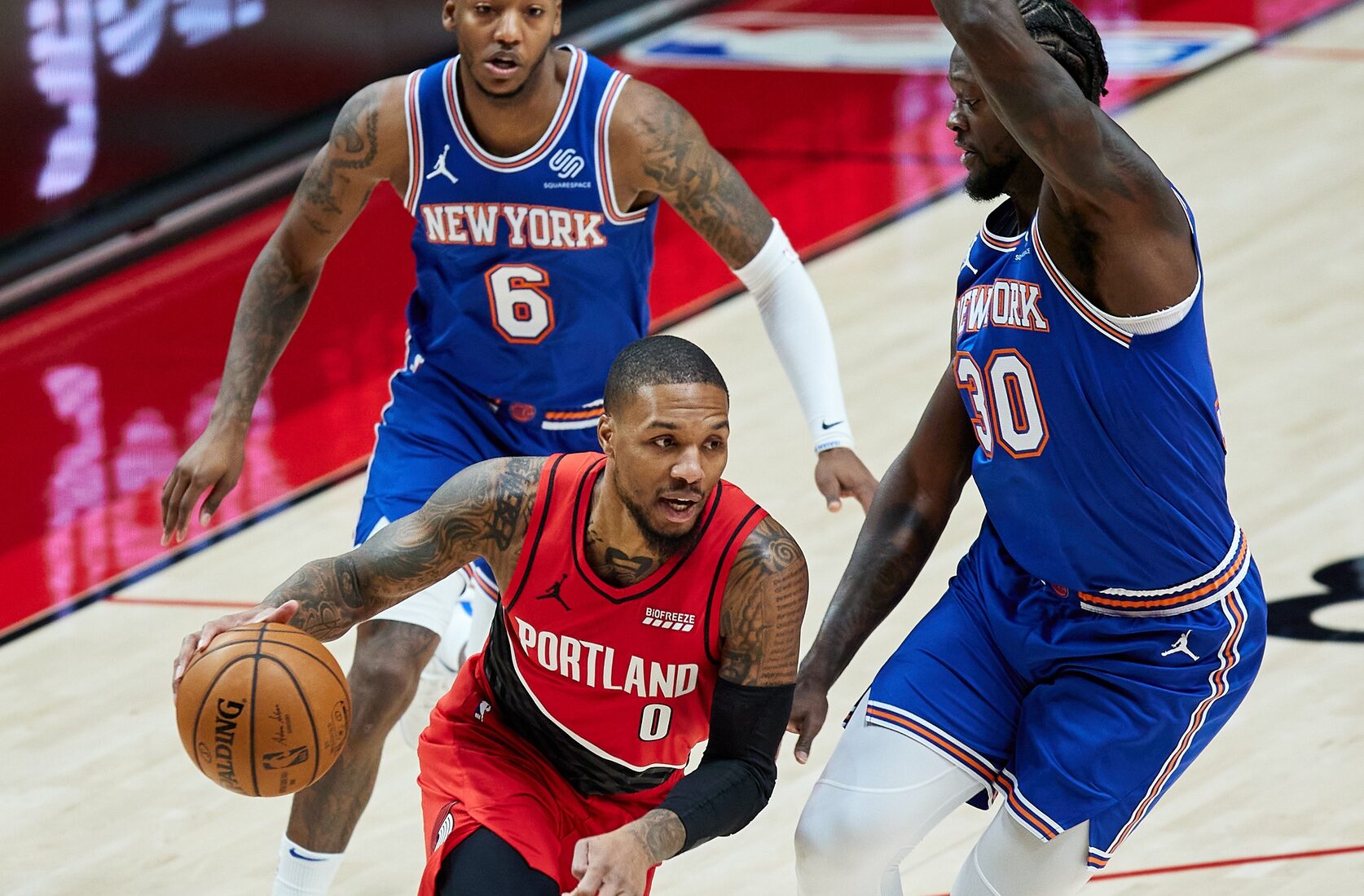 The New York Knicks are reportedly preparing for the possibility that Portland Trail Blazers superstar Damian Lillard could become available via trade in the near future.

“But as you’d expect, members of the Knicks organization have been doing homework/prep work on the possibility of Lillard becoming available via trade, per sources,” wrote Ian Begley of SNY.com.

Lillard would instantly make any organization better suited for a title run, but he would fit in especially well with a Knicks team that lacks options at the point guard position. However, it sounds like New York might not be willing to sell the farm for Lillard.

“People in touch with the organization recently came away with the impression that New York would be interested in trading for Lillard, but would also be content to take a longer-term approach with the roster if the right opportunity didn’t arise,” Begley continued.

The Knicks’ window to win figures to be a relatively big one, as the team was way ahead of schedule in the 2020-21 season. For that reason, passing on a Lillard trade if the asking price ended up being too high would be wise.

If moved to New York, Lillard would present the Knicks an incredible opportunity to win now. The six-time All-Star has established himself as one of the best players in the league. In the 2020-21 season, Lillard averaged 28.8 points, 4.2 rebounds and 7.5 assists per game while shooting 45.1 percent from the field and 39.1 percent from deep.

New York will have to face some big decisions in the near future. For one, the organization will have to decide whether it wants to offer Julius Randle a max deal. Randle had a phenomenal 2020-21 regular season, but he struggled miserably in the playoffs, averaging 18.0 points per game on 29.8 percent shooting.

Bringing in Lillard would have big financial implications, and the Knicks would have to spend wisely.