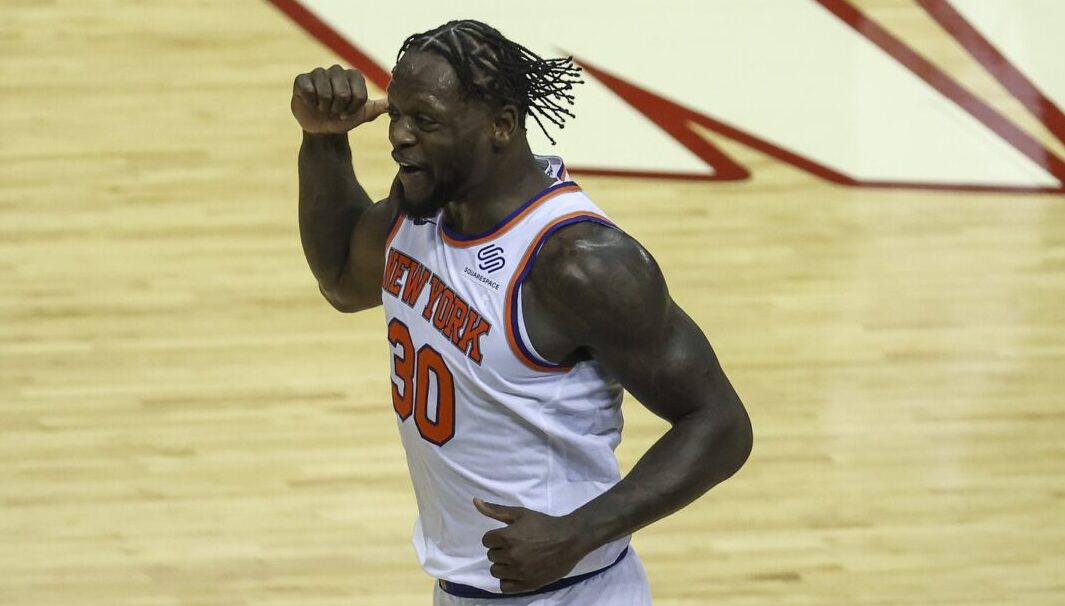 A new report indicates that the New York Knicks and their star power forward Julius Randle are planning to discuss a possible long-term deal for the veteran this offseason.

ESPN’s Brian Windhorst looked at how the Knicks could lock up Randle for an extended period this summer and let the 26-year-old veteran continue to flourish for the team.

“The Knicks can add up to four years to Randle’s contract, and both sides intend to talk over the summer to see if they can come to an agreement, sources said,” wrote Windhorst. “But salary-cap rules limit the raise in Randle’s salary to a max of 20%. It would begin with New York fully guaranteeing Randle’s contract for next season. Currently, just $4 million of Randle’s $19.8 million deal for next year is guaranteed, a reminder of the Knicks’ hedge when signing him back in 2019. After that, the Knicks could add up to $106 million in guaranteed money. Including incentives, that could leave Randle with five years and nearly $140 million.”

Given the resurgence of the Knicks this season, Randle is making it clear that he’s open to staying in New York after having played with the team during the past two seasons.

“I want to be a part of building something from the ground up,” Randle said on The Woj Pod. “There’s no better place than New York to do it, no better organization or fan base that’s hungrier … than here in New York. I want to be a part of that, honestly, for the rest of my career. I wanted to be one of the greats here … I don’t think there would be any better place to win other than here.”

Back in 2014, Randle was the seventh overall pick in the NBA draft by the Los Angeles Lakers. He left as a free agent to sign a contract with the New Orleans Pelicans in 2018. The following year, he signed with the Knicks.

While Randle had put up solid numbers during his past five seasons, he’s broken through this season with career-high averages in points (24.1) and assists (5.9) per game, while matching his career-high average in rebounds, with 10.2 per contest.

As a franchise, the Knicks have been a mess for quite a while, but Randle is looking more and more like a key facet of the team’s effort to get back to its glory days.