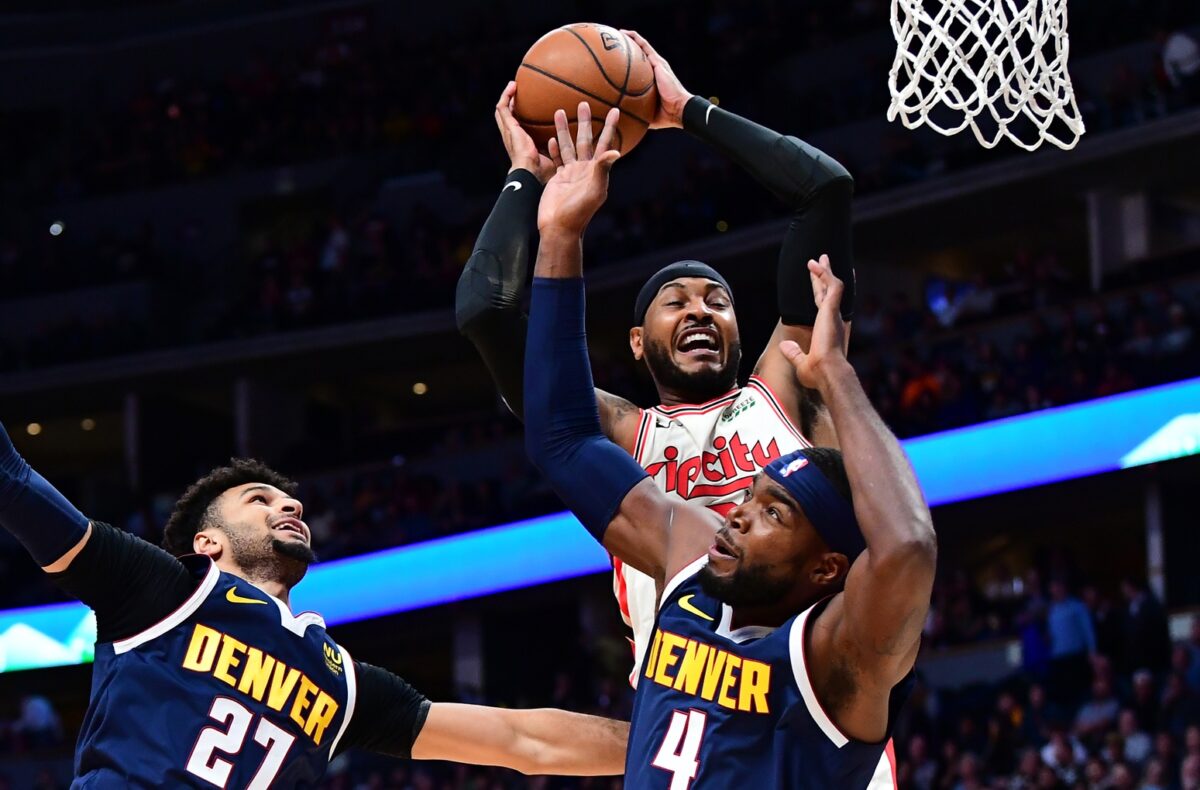 Add the #Knicks to the list of potential suitors for Carmelo Anthony. League sources say New York has made it clear that Melo is a target in FA. Leon Rose has a long standing relationship with the 10x All-Star after all their years together at CAA. https://t.co/O2inNGZWmb

A reunion between Anthony and the Knicks would likely become one of the biggest stories of the offseason. The two sides spent seven seasons together, and some of Anthony’s best years were with New York.

Anthony was named an All-Star in each of his seasons with the Knicks. He even won a scoring title with the team in the 2012-13 season. Overall, the former first-round pick averaged 24.7 points, 7.0 rebounds and 3.2 assists per game during his tenure with the team.

It looked like Anthony’s NBA career was over at certain points over the past few years, but he has been able to completely kill that narrative. He averaged 13.4 points, 3.1 rebounds and 1.5 assists per game while shooting 42.1 percent from the field and 40.9 percent from deep this past season.

The Knicks are looking for upgrades this offseason.

They are expected to be in the mix for superstar Damian Lillard if he becomes available. Of course, Lillard and Anthony were teammates this past season. The future looks bright for New York after an encouraging 2020-21 season.