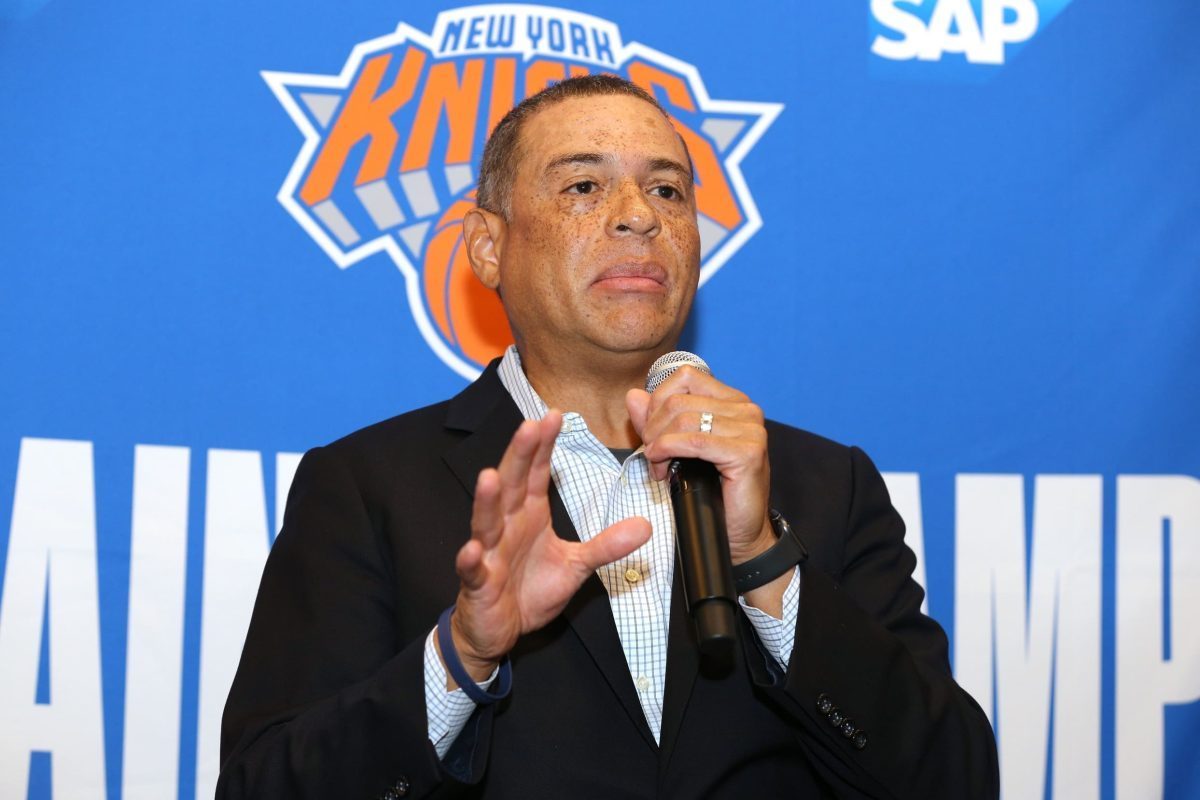 The New York Knicks have a fair amount of talent on their roster this season, but they lack a true superstar to tie everything together.

One thing that’s working in New York’s favor is the fact that the organization has a plethora of future first-round draft picks in its back pocket. Many fans are hoping that the Knicks will ultimately package some of those picks in a deal to acquire a superstar.

Based on what NBA insider Shams Charania is hearing, that may be in the cards.

Shams: "When I speak to executives around the league, they're viewing and believing that the Knicks are kind of hoarding those [eight] first-round picks just waiting for that next megastar to become available." https://t.co/ZHZKUjQsFj

The Knicks seemingly came very close to acquiring star guard Donovan Mitchell from the Utah Jazz over the offseason, but he instead landed with the Cleveland Cavaliers.

New York also reportedly called about superstar forward Kevin Durant when he was available via trade, but the Knicks never seemed like major threats to land him.

Without a doubt, many Knicks fans are hoping that their team will jump on the next opportunity to acquire a superstar via trade. The Knicks may end up as a play-in team this season or perhaps even a playoff team, but until they make a splash for a true superstar, their ceiling is going to be limited.

New York is 5-5 in the 2022-23 campaign and has been streaky so far. The team has already been through a three-game winning streak and three-game losing streak.

Julius Randle, Jalen Brunson and RJ Barrett have carried the bulk of the load for the Knicks to this point.

Brunson, who’s in his first season with the Knicks, has been a game changer for the team in the half court. He’s averaging 19.7 points, 4.0 rebounds and 7.3 assists per contest.

Time will tell if the Knicks add to their core at some point this season or down the road. If they choose to make a deal this season, they’ll have to get it done before the Feb. 9 trade deadline.