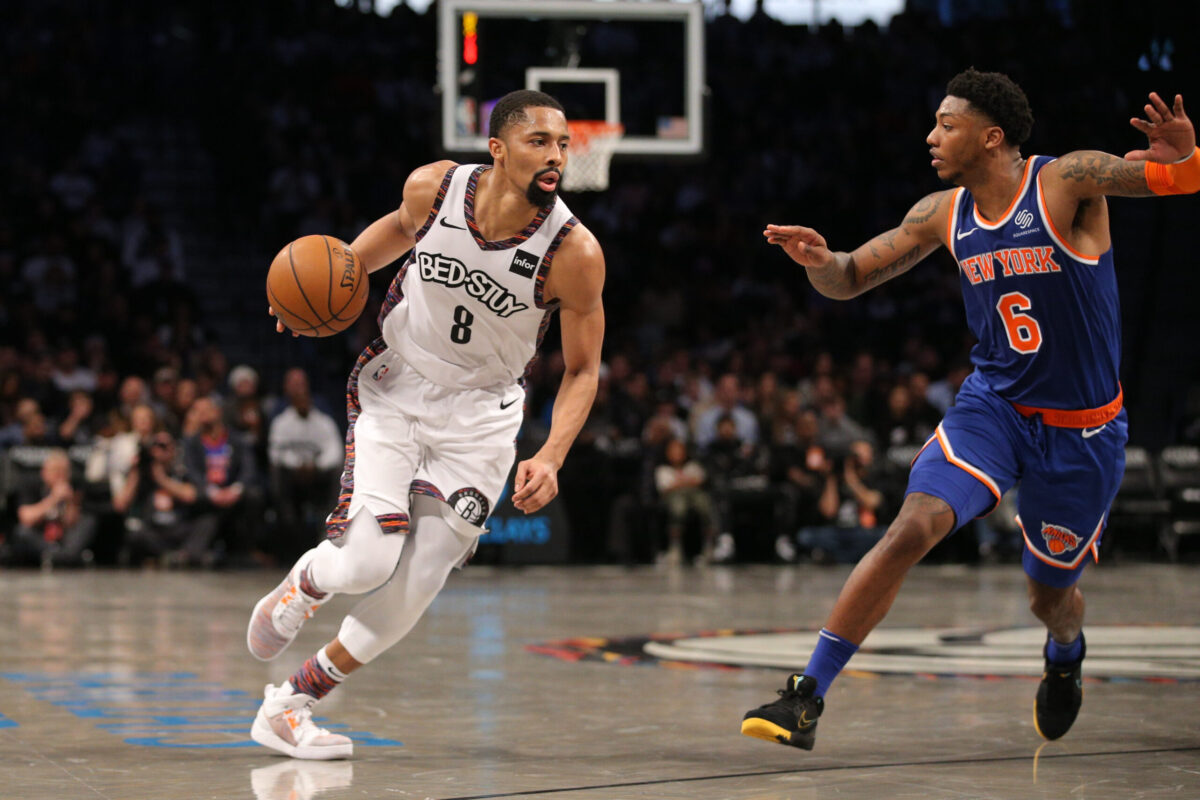 Spencer Dinwiddie reportedly did not perceive the New York Knicks to be an attractive landing spot in free agency this offseason.

“Spencer Dinwiddie, according to a source, didn’t find the Knicks an appealing fit,” wrote Marc Berman of the New York Post.

Dinwiddie ended up with the Washington Wizards to team up with superstar Bradley Beal. Meanwhile, the Knicks added veteran point guard Kemba Walker to address their need for a backcourt piece.

It’s unclear why Dinwiddie didn’t feel like the Knicks were a good fit for him.

There’s no doubt that Dinwiddie would have been a huge contributor for the Knicks, but it seems like New York is satisfied with its addition of Walker. All in all, it has been a productive offseason for the organization.

The Knicks are way ahead of schedule in their rebuild. They surprised many folks by cracking the playoffs in the 2020-21 season, and they’re hoping to do the same thing in the 2021-22 campaign.