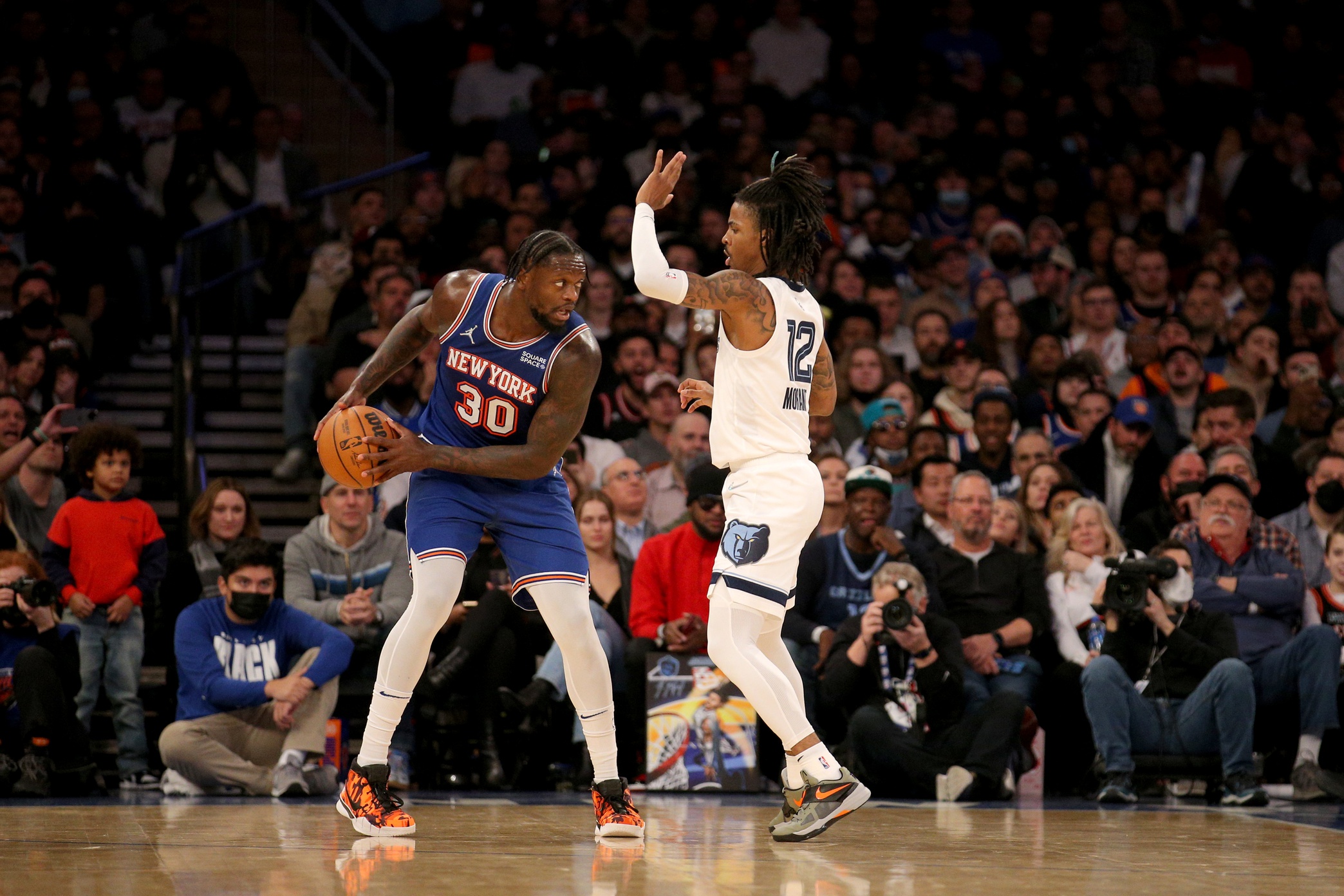 ESPN’s Stephen A. Smith suggested that the New York Knicks should trade forward Julius Randle, stating (at the 2:10 mark) that Randle is trying too hard to act like Brooklyn Nets guard Kyrie Irving.

“He out there acting like he Kyrie,” said Smith. “He don’t have those kind of skills. He’s a one-armed bandit.”

Randle has been the subject of plenty of criticism this season, even though his statistical numbers haven’t necessarily declined to a great extent.

In 50 games this season, Randle is averaging 18.5 points, 9.9 rebounds and 5.1 assists per game, though his long-range shooting touch has dipped to just 30.3 percent.

One of the reasons for the level of criticism being directed at Randle is that the Knicks have been struggling all season to establish momentum. They currently have a 24-28 record and have dropped seven of their last nine games.

While that early exit was a disappointment, the Knicks and their fans saw it as a building block in their development. That appeared to be continuing when the Knicks won five of their first six games this season.

Since then, Randle and the team continue to have problems. Playing in the country’s largest media market and Randle’s steep salary have made the bullseye on his back even larger.

The fact that Smith is offering such blistering comments shouldn’t be seen as anything out of the ordinary. He gets paid by the network to provide over-the-top commentary, so unless Randle and the Knicks show improvement, they can expect more vitriol from Smith directed their way.